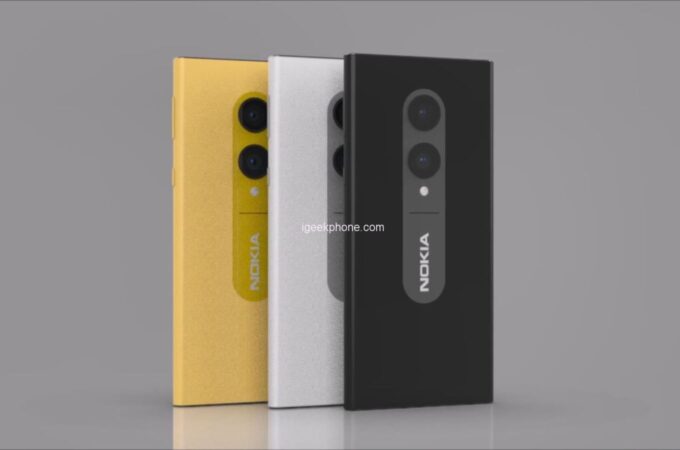 Well, if it’s one brand we haven’t seen associated with concept phones in a hot minute, that’s definitely Nokia. Back when we started this website in 2008, Nokia was on everybody’s lips as a mover and shaker, as the Nokia Morph concept had just appeared. Fast Forward to 2022, or even 2016 and the company was in dire straits. Now it’s just a shell of its former self, but some people still hope. Thus, the Nokia N9 2022 concept was born.

My guess is that the designer of the concept shown below, this Nokia N9 is a Nokia lover, who channels some Lumia identity into this design. The creation of igeekphone.com, this is a Lumia inspired machine, but with a slight tweak brought to the camera area. Gone is the circular modern, replaced with an elongated camera piece, that feels both old and new. It’s pretty clearly inspired by the Nokia N9 camera module from 2011.

The specs are pretty daring, starting with a Qualcomm Snapdragon 8 Gen 2 processor and continuing with 12 GB of RAM and 2 TB of storage. The source mentions materials like ceramic and the lack of a gap between the frame and the screen. A LTPO screen is here, with a 4K resolution and 144 Hz refresh rate, both sounding like overkill to me. I’d honestly prefer a better battery life instead of this gimmicky screen.

A good idea is the full screen fingerprint scanner, letting you unlock the phone, no matter where you press. The device also packs a crazy amount of 4 speakers, two at the top and two at the bottom, all of them tuned by Harman Kardon. Both back camera have 100 MP resolutions and one is a wide angle, while the other an ultrawide with 3.3X optical zoom. Carl Zeiss optics are also here.

You can learn more about the device straight from the source.

About Kelvin
Passionate about design, especially smartphones, gadgets and tablets. Blogging on this site since 2008 and discovering prototypes and trends before bigshot companies sometimes
iPhone Air is another hit from Antonio de Rosa: foldable clamshell phone   OnePlus 10 Ultra Renders Based on Leaked Schematic Are Out