OnePlus 10 Ultra Renders Based on Leaked Schematic Are Out 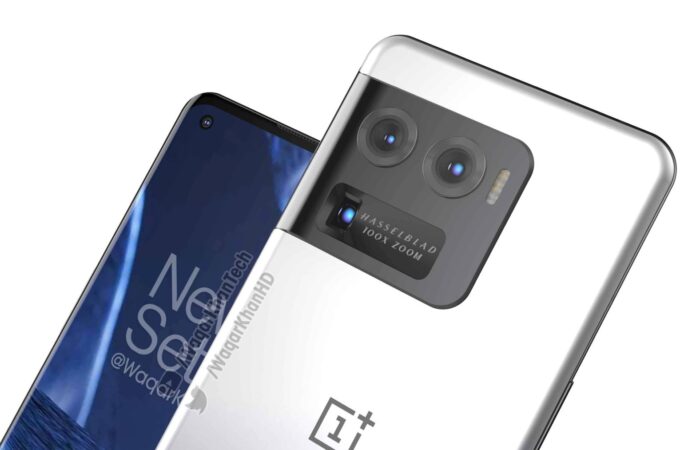 It was only a matter of time till the OnePlus 10 Ultra schematics that hit the web were turned into renders. Designer Waqar Khan took it upon himself to do that and create the ultimate OnePlus flagship of 2022, complete with a periscopic camera.

There are two schools of thought regarding the device’s bottom of the camera module: either it’s a secondary screen or just a periscope camera with a logo next to it. My problem is that I’ve seen the Hasselblad logo written on OnePlus phones on the side and vertically, not like that. However, the idea of a second screen is more of a niche approach and doesn’t satisfy many users. It would also be a very small screen and draw comparisons with the Xiaomi Mi 11 Ultra.

The device is shown here in green, punk, black and white and it comes with the same “band” camera at the back as the OnePlus 10 Pro. It’s got a large screen with narrow curved bezels and a punch hole camera. Oddly enough, the device swaps the Qualcomm Snapdragon 8 Gen 1 processor for a MediaTek Dimensity 9000, similar to the upcoming OnePlus 10R. OnePlus is also said to stick with the main 48 MP camera, a bold choice in today’s world of 50 and 108 MP main shooters.

We’ve even heard we may end up with the MariSilicon chip from the OPPO Find X5 Pro inside. The 50 MP ultrawide camera should be spectacular, judging by the one from 2021. The thing is that I’m curious about the zoom camera and whether or not it goes past 5X optical zoom.

About Kelvin
Passionate about design, especially smartphones, gadgets and tablets. Blogging on this site since 2008 and discovering prototypes and trends before bigshot companies sometimes
Nokia N9 2022 Concept is a Love Letter to Older Nokia Designs   vivo NEX 5 render Leaks Online With February Announcement