Time to explore Nokia Windows Phone design formats again thanks to Bob Freking, who showed us one of his latest concepts, the Nokia Phoenix. He claims that he likes the PureView phone quite a bit, but he wishes it was thinner, at least 10mm. So, he created a Windows Phone 8 dual core handset with Pureview camera on board. 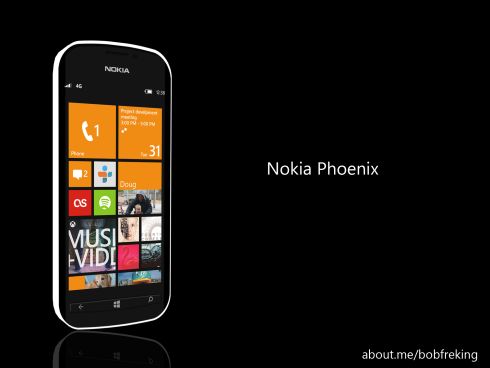 Bob says that Nokia has the habit of recycling designs, so it wouldn’t be a surprise if one of the first Windows Phone 8 units was based on the PureView 808. Nokia Phoenix features a 31 megapixel camera, a 10 mm thick chassis and this is the first model made by Finns with a 4 inch HD ClearBlack AMOLED display with a density of 367 ppi. This model runs Windows Phone 8 Apollo, features 2GB of RAM and is able to record 1080p full HD video. Also, another premiere: this is the first Nokia smartphone with a dual core ARM15 processor.

As you can see there are smaller tiles on the screen, the new sizes that WP8 brings. This design involves rounded edges and a “band” with keys on it, that feels like a physical button area rather than capacitive. Since this device has a 31MP camera, I wonder what the maximum resolution of photos is… 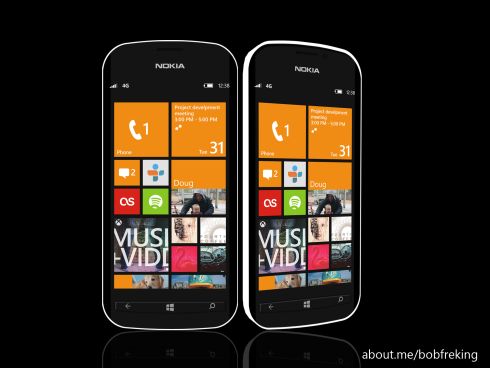