You may have figured out by now that Nokia tablets are popular concepts, but in real life there’s actually no proof that such a device will exist. The latest device of this kind comes from Juri Karasjov, who see the Nokia tablet as a bigger phone. The result is the Nokia Tana device, shown below: 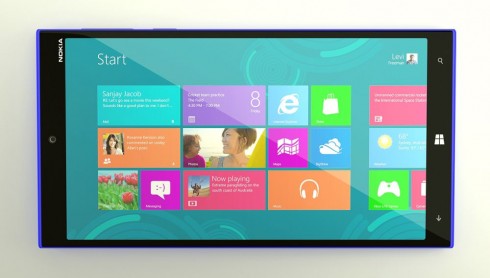 This tablet PC packs a 14 megapixel back camera, a 3 megapixel front camera and a 7.4 inch display, supporting a 1920 x 1080 pixel resolution. It also has an enhanced sound system, it weighs 310 grams and it measures 7 mm. The camera at the back uses Carl Zeiss technology and as you can see, with the presence of those capacitive Windows buttons at the bottom of the screen, we’re dealing with a handset format here.

It makes the tablet prone to use in portrait mode rather than landscape, which is not exactly a good idea for a slate. The Lumia styling is still slightly present here, but only discretely, since the device is less rounded now and more rectangular. Are we ready for a Nokia tablet that’s actually a bigger phone? By the way, it would be nice if the Nokia Tana would make phone calls…