OnePlus 11 Pro Gets a Fresh Concept From Waqar Khan 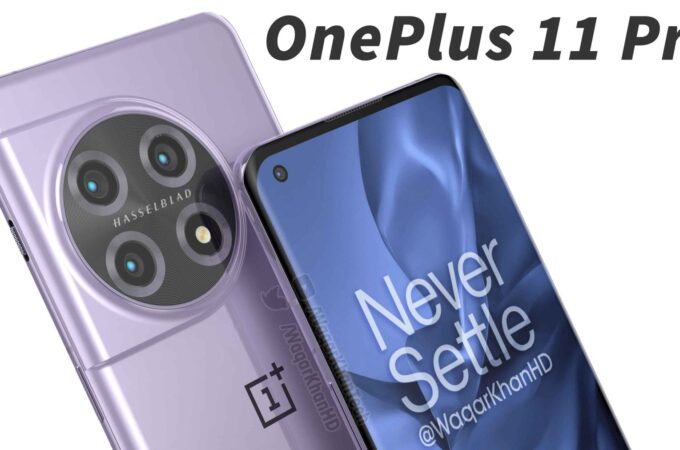 It’s already the late part of the year, so that’s why it’s high time for a few leaks of 2023 concept phones. We’ve seen the Galaxy S23 Ultra, even the iPhone 15 Ultra and a rather solid leak of the OnePlus 11 Pro from @OnLeaks. Now we add to that a few renders from Waqar Khan.

The camera design has been swapped, but the Hasselblad logo in present in the middle of the sensors. One would think that the Hasselblad branding would be gone by now, since OPPO also has it now. The device is shown here in colors like violet, black, light green and silver. It still keeps the Mute slider/alert button right next to the camera module. Speaking of which, it protrudes quite a bit, even though it’s not supposed to have a periscope camera.

This is supposed to be a premium smartphone and honestly the black version from the original version looked very elegant. The handset is expected with a Snapdragon 8 Gen 2 processor, 8 or 12 GB of RAM and a 5000 mAh battery with at least 80W charging. Stereo speakers are expected and I sure hope we get a better main sensor compared to the 48 MP main cam of the predecessor. I’d say stay away from the megapixel wars, skip the 200 megapixel camera, 108 MP even.

A 50 MP one with a large sensor and large pixel would work better. I still can’t figure out why OnePlus is skimping on zoom…

About Kelvin
Passionate about design, especially smartphones, gadgets and tablets. Blogging on this site since 2008 and discovering prototypes and trends before bigshot companies sometimes
Samsung Galaxy S23 Ultra Leaked by @OnLeaks, Apparently Coming in December   Smartphones changing the Course of iGaming Industry