OPPO Find N2 Specced, Rendered and Photographed in the Wild 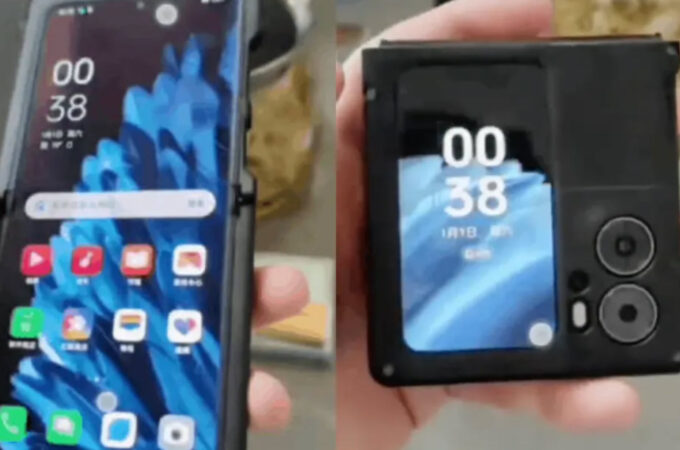 OPPO is probably the last big company to hold a launch event this year, since it has one scheduled in mid December. I doubt there will be launches afterwards. Anyway, their event is called INNO Day and INNO comes from innovation. That’s where they’ll showcase no less than two new foldables phones, and we’ve got plenty of renders and info for one of them.

We’re talking about the OPPO Find N2 Flip, which has leaked till now in specs, renders, hands on pics and now has a launch date. Up until now OPPO only had the Find N foldable, with a classic format, a la Galaxy Z Fold, albeit smaller. They also tried their hand at a rollable, the OPPO X 2021, but that didn’t quite pan out. Now back to the OPPO Find N2 Flip, it will be a foldable clamshell phone, as shown by the renders.

What’s interesting about it is that it brings a much larger external screen compared to the Samsung Galaxy Z Flip 4, Huawei P50 Pocket and even Moto RAZR 2022. A recent leak talks about a 15 December announcement and the following specs list:

The source also mentions a global debut happening in Q1 2023.

About Kelvin
Passionate about design, especially smartphones, gadgets and tablets. Blogging on this site since 2008 and discovering prototypes and trends before bigshot companies sometimes
Importance Of SMS Text automation For Your Business   Best Payment Solutions For Online Casinos in Australia