You might be aware by now that Sony has goodies for us in 2009 and among those there’s a new PSP console, known as PSP Go! We have no pics or specs for this brand new device, but Breccia, a designer from the Esato board envisioned the future of the PSP series and created his own version of the Go! or PSP 2. 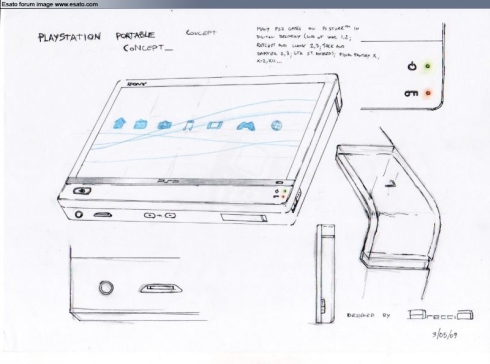 As you can see in the sketch, the device resembles quite a lot a Cyber-shot camera and speaking of which, this PSP 2 concept packs a 5 megapixel camera sensor. On its specs list you’ll also find stereo speakers, Bluetooth 2.1 (3.0 even?), WiFi support, 8GB of internal memory, an accelerometer and a 4.3 inch touchscreen display with a 640 x 360 pixel resolution (16:9)

Breccia also imagined that this new PSP will use OLED technology (screen) and that it’ll incorporate a microphone, a microUSB port, a 3.5mm audio jack and a battery slot. What do you say? Is this design plausible? The features sound about right, but I’m not so sure as far as the design is concerned… 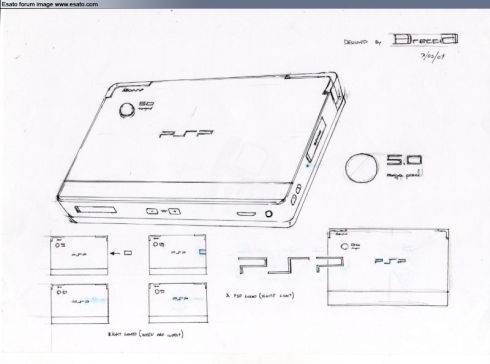 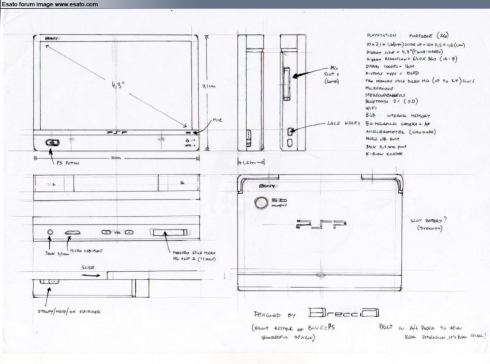