Here’s What the Galaxy Note 3 May Look Like: No Bezel, Probably Cloned already in China

I’ve received an interesting mail from a tipster, claiming that there’s already a clone of the Samsung Galaxy Note 3 and he also attached the picture below. The device is supposedly called the HDC S Note 3 and it comes from China. 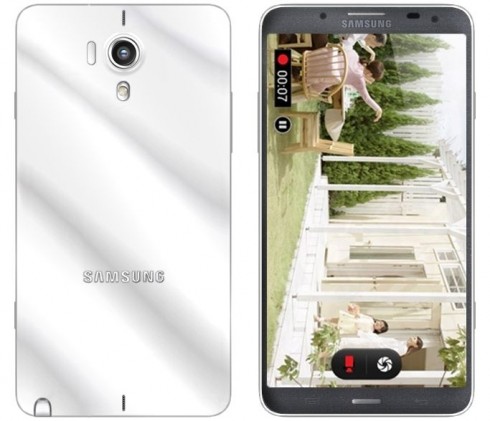 From what I know, HDC is a company that copies HTC and not Samsung. Anyway, know that this Note 3 render involves a 5.9 inch Full HD display, a 4000 mAh battery, 3 GB of RAM and 128 GB of ROM, as well as a Snapdragon 800 quad core 2.3 GHz processor. Android 5.0 Key Lime Pie is the OS of choice and from what I know, the official unveiling of the new Samsung phablet will go down at IFA 2013 in Berlin.

As far as design goes, we’ve got minuscule bezels, a discrete Home button, perhaps even too small and a slot at the back for the S Pen stylus. There’s also a camera that seems to sport what look like LED flash and Xenon flash, unless I’m mistaking. The form factor is rather friendly and I also spotted a camera button in there, which is totally unlikely.