You probably know Jermain Smit by his incredible work from the past month or so. Now he’s preparing two new concepts, yet again Samsung designs. One of them is a phone and the other is a tablet with a kickstand and potentially with flexible parts. 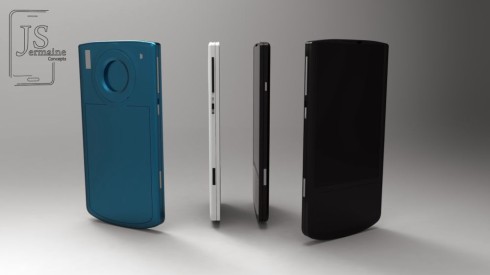 The first Samsung render is the Innov8 handset shown above, following up to the 2008 model of the same name. The smartphone seems to have a huge camera hole, it’s quite bulky and it may even have a sliding part, if you look closely at the design. The side buttons are very discrete and that camera area really has me wondering. It’s almost like Lumia 1020’s Pureview module in size…

As far as the folding Samsung tablet is concerned, this one looks more finalized, with a sort of kickstand area at the bottom and a very slim design. It’s also slightly curved and it may be a dual boot affair, to keep things interesting. Looking forward to more of Jermaine Smit’s Samsung concept designs! 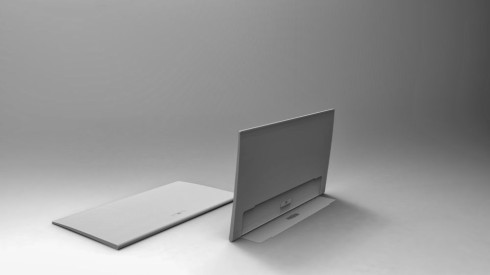 About Kelvin
Passionate about design, especially smartphones, gadgets and tablets. Blogging on this site since 2008 and discovering prototypes and trends before bigshot companies sometimes
Nokia Lumia 1625 Tablet Render is Your Typical Enlarged Fabula Design Material   Two Leaks that May Concern You: Nexus 10 2014 and Nokia Normandy