Samsung Galaxy S Edge has been in the news a bit lately, especially after this name was spotted in the source code of the Vodafone Netherlands web page. Initially, everyone thought we were going to get a Galaxy S6 Edge, like we did with the Note Edge/Note Edge. However, it appears the Galaxy S Edge is the final name. And Ivo Maric has a vision for its design… 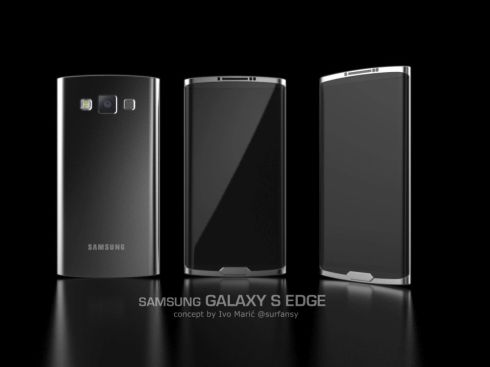 The device comes with a full metal unibody approach and it’s curved on both sides. The designer claims that the Home button hasn’t changed in 5 generations of the phone, so he decided to give it a new look. I have to say that the top part of the phone is the classiest I’ve seen in ages. It looks like a luxury phone, like a Vertu model or even a Lamborghini. Very well done!

Also, in spite of using metal for the case, the back side doesn’t look like metal, which is not bad. The Home button is now shaped like some short of crushed rhomboid structure of sorts and it completes the lower side of the phone nicely. This design reminds me of the renders that Nokia had submitted from fans before the Nokia N9 was out.