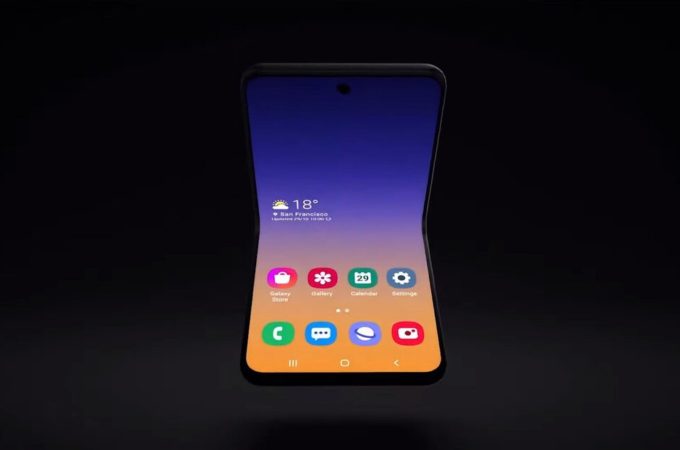 Last year in early November Samsung did the whole SDC 2018 event, where they showcased a prototype of the Galaxy Fold. Now we get the same treatment for the Galaxy Fold 2, with a totally different format. Let’s have at it!

So, it’s SDC 2019, Samsung is announcing laptops and phones left and right, but there’s also a teaser for the future there. It seems that all leaks were rather accurate, as the device is a clamshell that feels much like the recently leaked MOTO RAZR 2019. This time it’s a vertical clamshell-like phone, with narrow bezels and a totally narrow format. Don’t be surprised if it’s a 21:9 smartphone that folds down the middle. 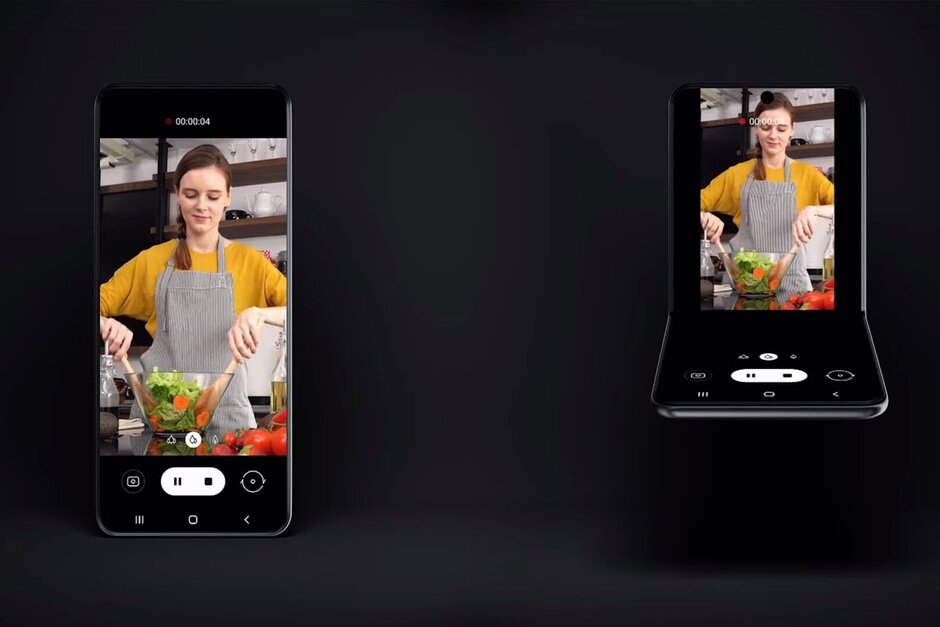 It should also be more compact, at 6.7 inches, since the other version, an 8.1 inch model would be waaaay too long, when opened up. There’s a new hinge here, more discrete now and more secure, plus a new type of ultraslim glass protection. It seems that the phone is able to be used even when not not fully opened, at just 90 degrees for example. This would trigger a “laptop” mode for the device.

Expect a February 2020 debut, with the Galaxy S11 and a Snapdragon 865 or Exynos 990 CPU inside. 5G and 12 GB of RAM are predicated as well, plus at least 256 GB of storage. We don’t see a camera cutout for selfies or a camera bump at the back. Rumors say that a punch hole selfie is likely. Expect a $2000 price again, or maybe more. Samsung intends to go big this time, with a mainstream release and the publicly expressed desire to sell 6 million units of the Galaxy Fold 2.

About Kelvin
Passionate about design, especially smartphones, gadgets and tablets. Blogging on this site since 2008 and discovering prototypes and trends before bigshot companies sometimes
MOTO RAZR 2019 Gets the Leak Everybody Has Been Waiting For: Promotional Renders   OnePlus 8 (2020) Gets Official Looking Renders and a Video… Again