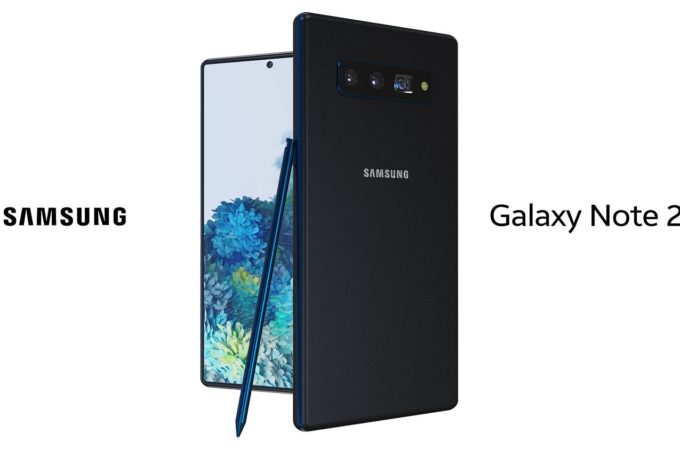 Samsung Galaxy Note 20 has already leaked one or two times, but its design is very much a mystery. All we have is hearsay and concept renders, but today there’s one more that goes back in time design-wise. It’s the joint creation of Letsgodigital and Concept Creator and there’s even a video of it below.

Let’s make one thing clear: the back camera design feels like a throwback to the Galaxy Note 8 times. I’m talking about the camera module shape and the position. It’s also clearly not as big as the Galaxy S20 Ultra one, being about half the size, or even a third. Hard to imagine there’s a periscope camera in here, for some reason. I see that the pen is now longer and slimmer, with the tip being sharper and slimmer. What you’re seeing here is actually the Galaxy Note 20 5G, so there’s also a 4G version.

A Note 20+ is also said to be in the making. A Note 20 Lite may also come up, but later along the way. The front camera adopts the punch hole approach, much like the Note 10 before it. I’m very curious about the diagonal size, since the Note 10 had a 6.8 inch diagonal and S20 Ultra went to 6.9 inches. I can’t quite envision a 7 incher yet to be honest. A 120 Hz refresh rate is to be expected, very likely on a Quad HD resolution this time. Expect a 40 MP selfie camera, an 108 MP main shooter and a generous periscope zoom camera with 48 MP or 64 MP resolution.

Expect 12 or 16 GB of RAM, 256 GB or 512 GB of storage, a Snapdragon 865+ CPU or a new flavour of Exynos 990. A 5000 mAh battery is also very likely to pop up. Honestly I think that Samsung has pretty much run out of ideas for the Note series and they may well integrate it in the Galaxy Fold series. The Note 10+ was a phone for content creators and vloggers. But what about the Note 20?