Samsung Galaxy Note 4 has been rendered again by Rishi Ramesh, this time in an unibody version, with specs attached. The device seems to be made of metal and it comes with two flashes at the back, as well as a large camera. 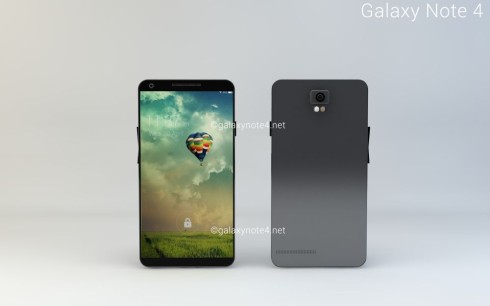 Its speaker area is also bigger, but it’s prone to be covered up on a flat surface. We’re expecting this phablet to come at IFA 2014 on September 5th and I’m willing to bet money on that date, since I’m sure about it. This Samsung Galaxy Note 4 render comes with either a Qualcomm Snapdragon 805 CPU or an Exynos 5433 and it relies on a 2560 x 1600 pixel Super AMOLED display.

The handset is water and dust proof and it incorporates a 16 megapixel ISOCELL rear camera with 4K recording. While the diagonal size isn’t mentioned, we speculate it should be either 5.7 inches or 5.9 inches. I find the resolution to be actually odd, since it’s not exactly QHD, like the LG G3. By the way, this design for the Note 4 seems inspired by the design patents that leaked a while ago from Samsung. 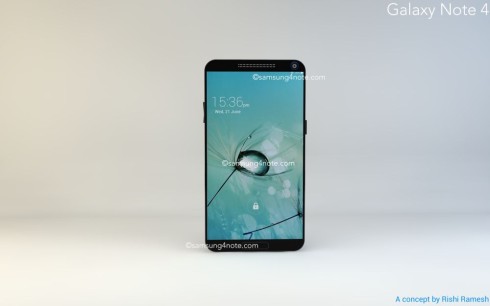 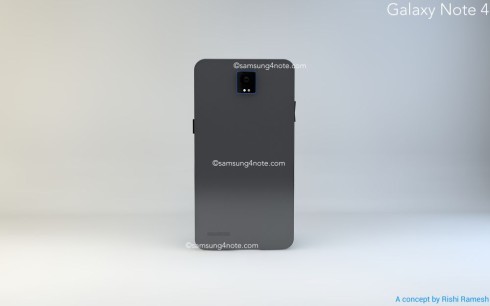 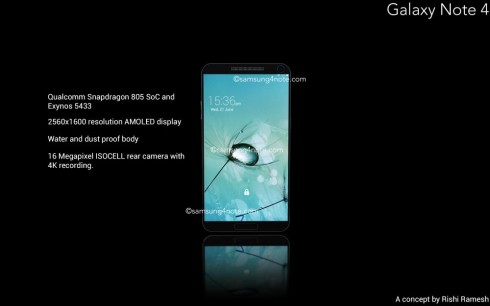