Samsung Galaxy Note 4 Gets Renders to Match the Leaks, Courtesy of Jermaine Smit

Earlier this week, GSMArena published a few supposed hands on shots of the Samsung Galaxy Note 4, the phablet that will debut next month at IFA 2014. Now, using those leaked pictures of the new Note, designer Jermaine Smit has created his own renders of the newcomer. 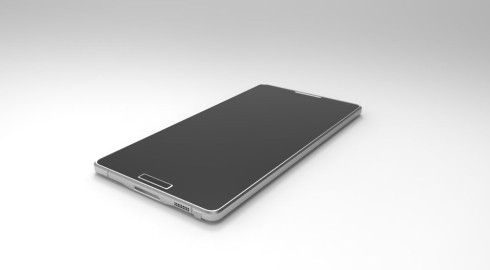 He kept the device rectangular, with flat edges and a square camera area, plus a pretty proeminent earpiece. The Galaxy Note 4 render features solid edges that look metallic, but they’re probably plastic yet again. The Home button is a bit thinner and longer now and the speakers have been moved from the back to the bottom. I can bet there’s a fingerprint scanner in the Home button area and I’m guessing there’s a microUSB 3.0 port with a waterproof lid at the bottom.

The back of the device is made of a material that imitates leather and the stylus is very discretely integrated next to the speaker. Speaking of squared things, aside from the square camera, the bottom of the S Pen now has the same shape. Samsung Galaxy Note 4 is believed to feature a 5.7 inch QHD display and 3 GB of RAM, plus a Snapdragon 805 CPU. What do you think? 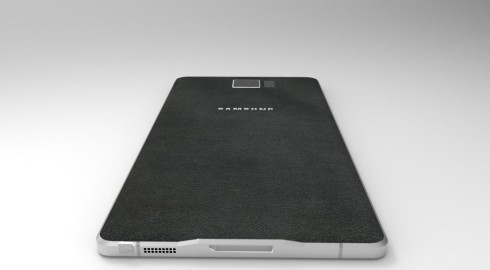 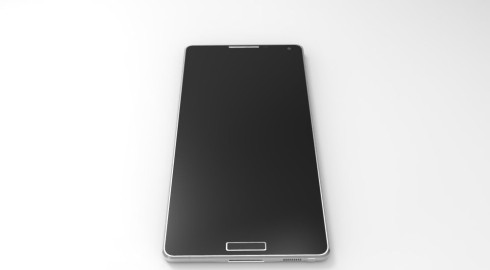