After enjoying the first concept of the Samsung Galaxy S9, it’s time to check out the Galaxy Note 8. Word has it that it’s already been developed and work even started right after the Note 7 fiasco. A proposal for its design comes from DBS Designing and it’s shown below. 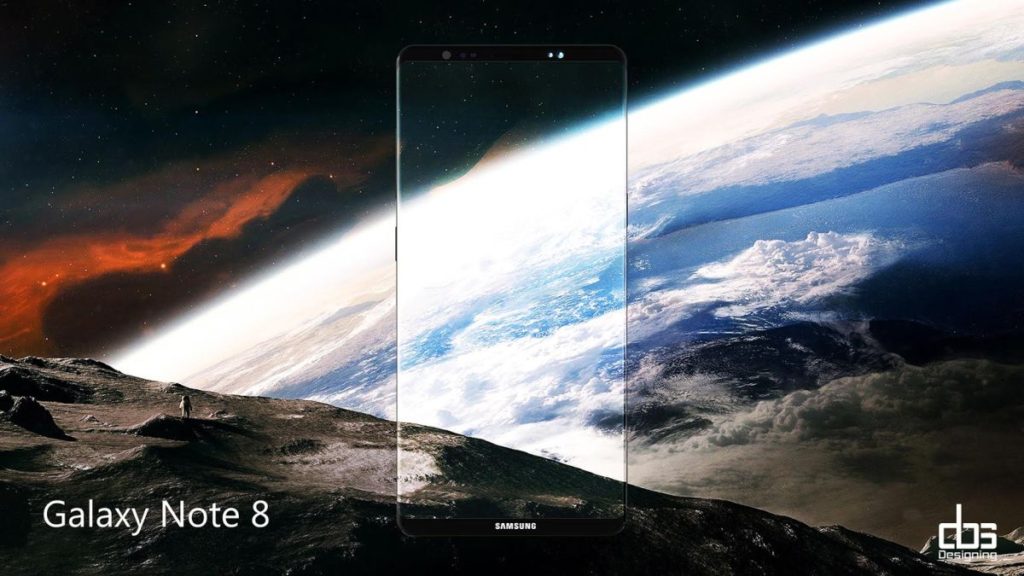 Since many people criticized the fingerprint scanner placement on the Galaxy S8, that’s bound to change on this phablet. The handset has a QHD+ display, which surprises me, since I was expecting 4K. There’s a slight curvature on the side of the edge to edge panel. Even the top and bottom bezels have been cut down a bit. The fingerprint scanner is now below the dual camera, in a comfier position.

Obviously, this Samsung Galaxy Note 8 is a waterproof phone and the size has changed greatly, which was expected seeing how big the Galaxy S8 already is. The diagonal has jumped to 6.4 inches and we also get 6 GB of RAM, 128 GB of storage, plus a very fancy looking S Pen. Let’s face it, the stylus was never that good looking with Galaxy Note models. It would be nice for it to get extra commands, so maybe aside from the clickable part, it could have a rotatable bit.

An iris scanner and fast charging are also here. Compared to the Galaxy S8, this feels like a more squared affair, a more rectangular machine. 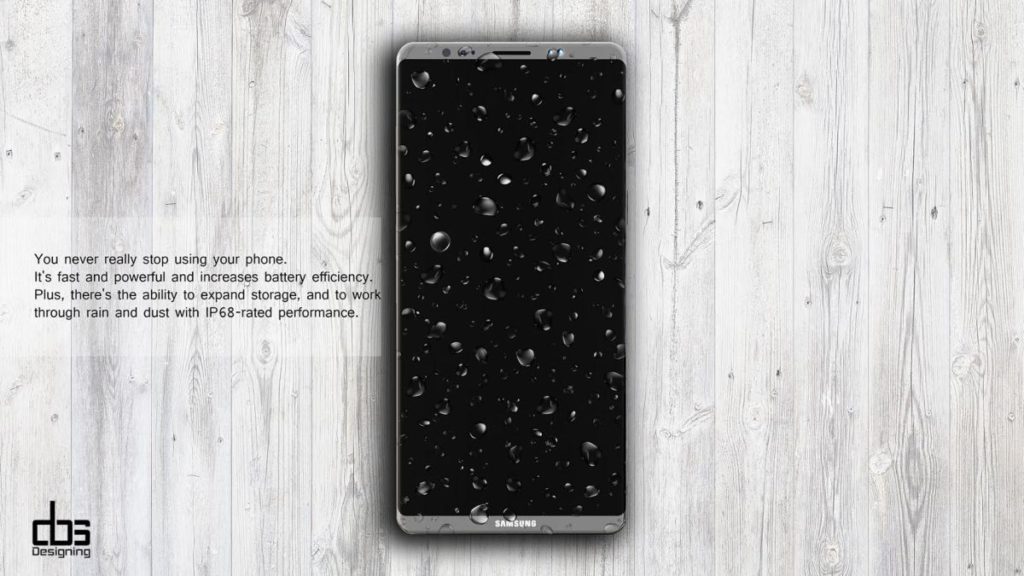 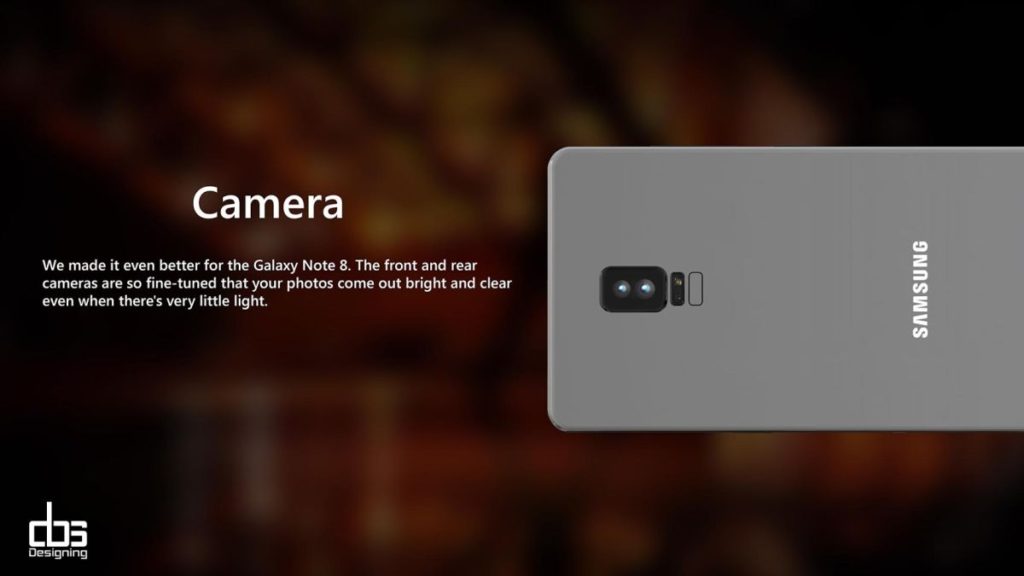 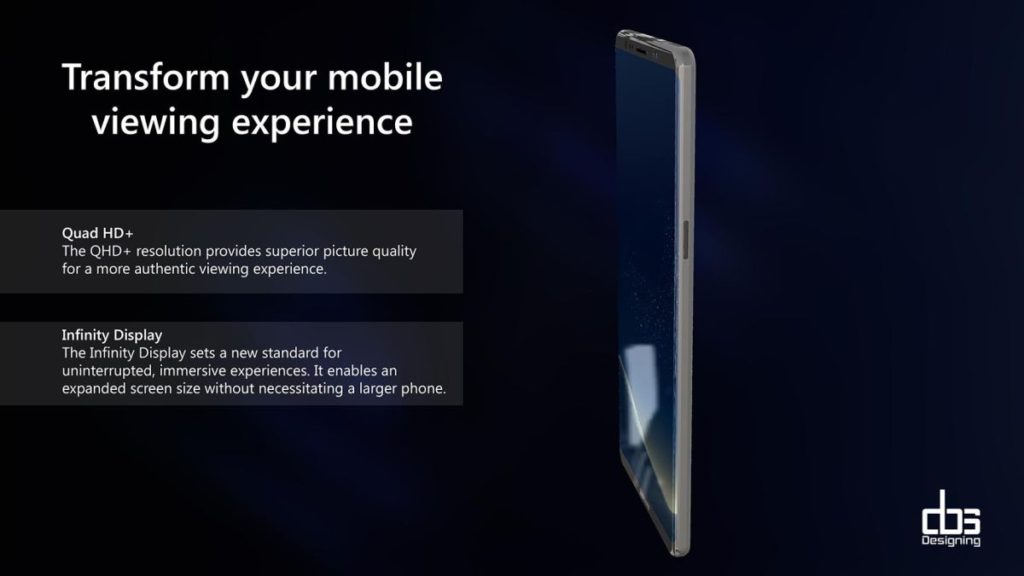 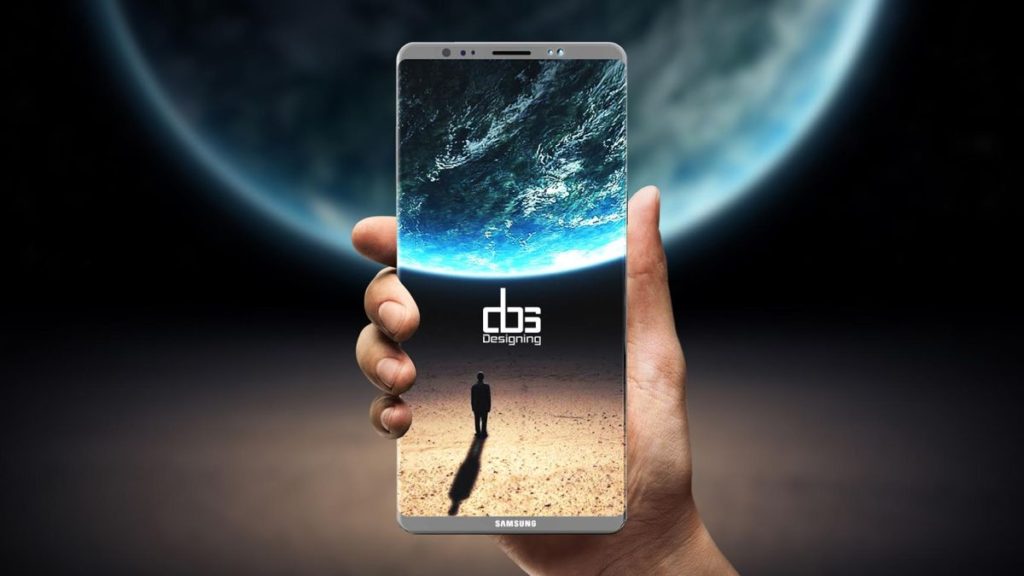 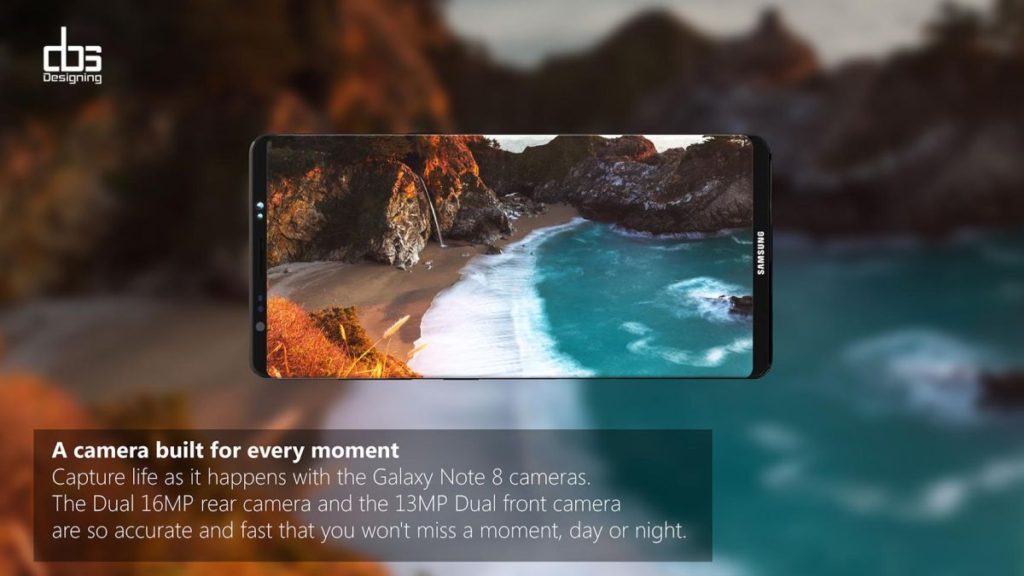 About Kelvin
Passionate about design, especially smartphones, gadgets and tablets. Blogging on this site since 2008 and discovering prototypes and trends before bigshot companies sometimes
Latest iPhone 8 Leaks Turned Into a Teaser by Concept Creator (Video)   Samsung Galaxy S9 Has Just Been Rendered, Has 3 Edge Infinity Display, Supercapacitor Battery