After the debut of the Samsung Galaxy S8 many people have started wondering what Samsung can do to implement major changes for the future generation of flagship. The S8 is already very evolved and has ultra narrow bezels, so what can the Galaxy S9 deliver? More of the same judging by the concept below. 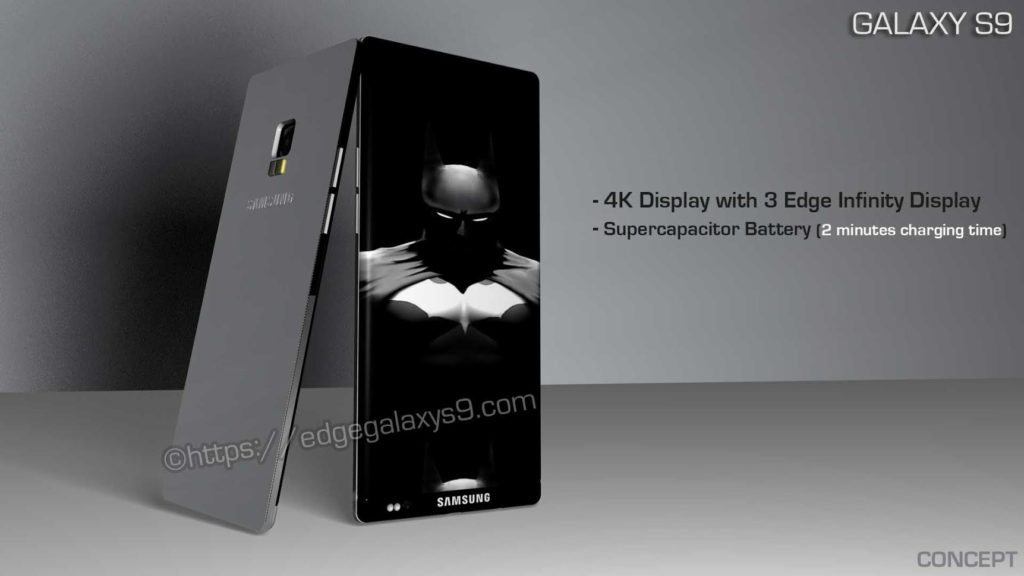 The creation of Sunny, this Samsung Galaxy S9 render shows a new approach, based on “3 Edge Infinity Display”. Basically, the S9 goes the Xiaomi Mi MIX way and gives up on the earpiece and upper edge of the screen, opting for the integration of the earpiece beneath the screen glass. The front camera and sensors are at the bottom front, once again like the Xiaomi machine. 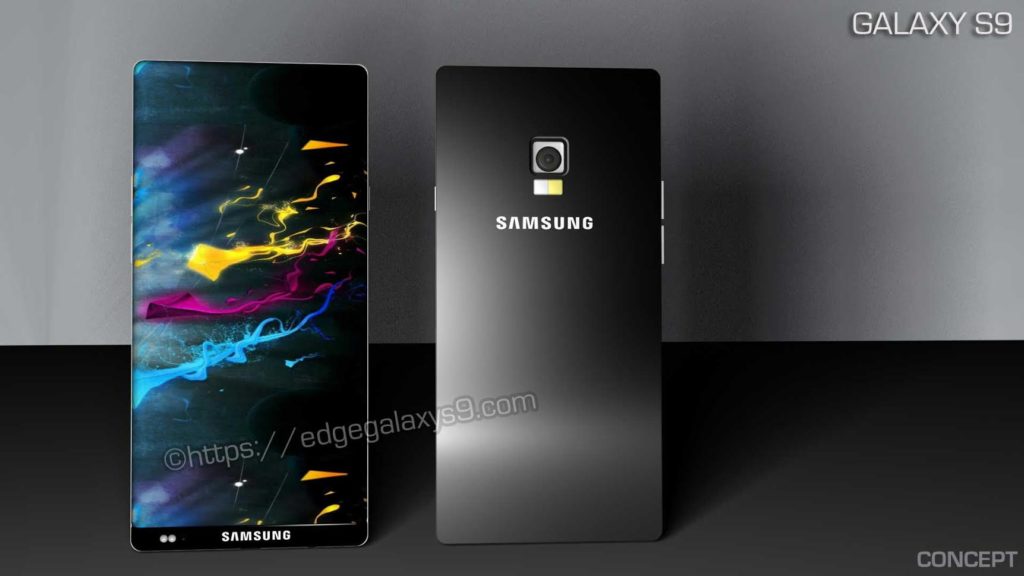 This time the flagship also has something called a “SuperCapacitor battery”, able to charge in just seconds. Their battery life is also huge, of 10 to 15 years. The problem is that such units are expensive, at $20 per watt, compared to the regular battery’s $1 per watt. Finally, the Samsung Galaxy S9 will embed the fingerprint scanner in the screen, so you can touch anywhere to unlock the phone and get security with ease.

The only thing I don’t like about this phone is the back, that has no personality and pretty ugly camera and flash. The facade is quite OK. 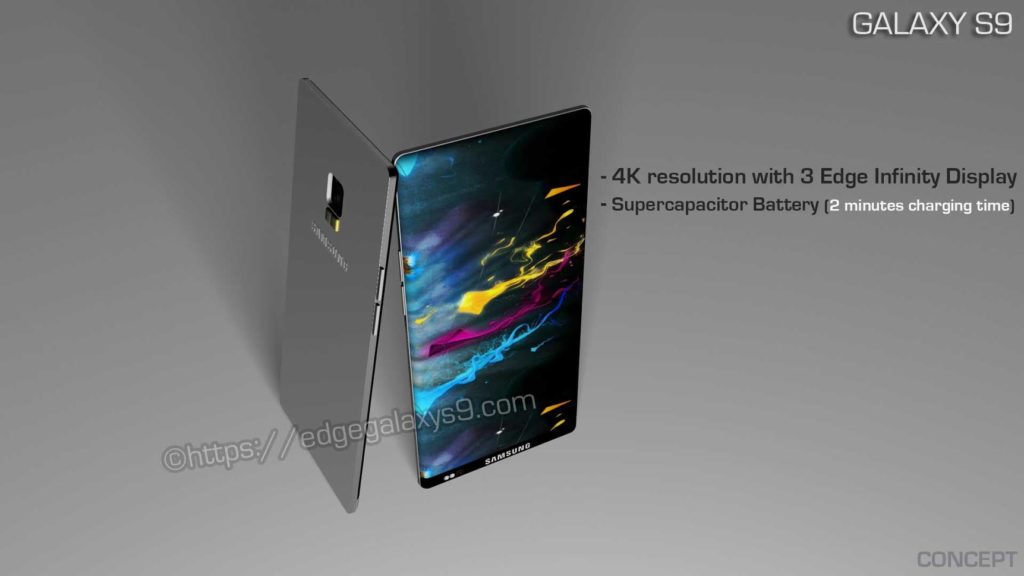