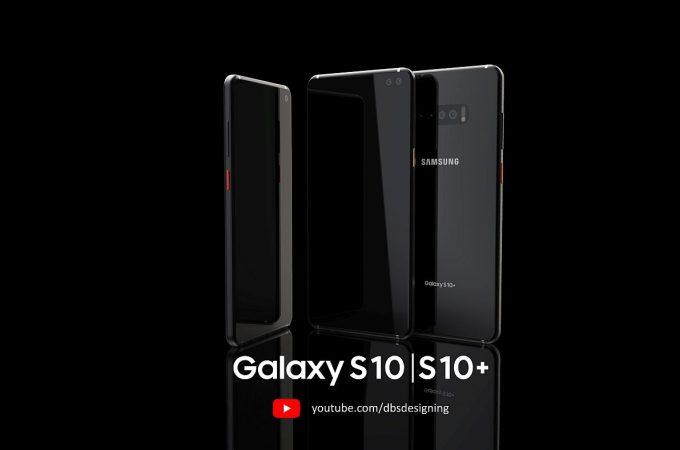 The Samsung Galaxy S10 and its renders are a constant challenge for designers, who try to find the ideal way of bringing the device to life. We’ve seen most designers that appeared on this site try it out and now DBS Designing Team gives us its own vision of both the Galaxy S10 and the Galaxy S10+. 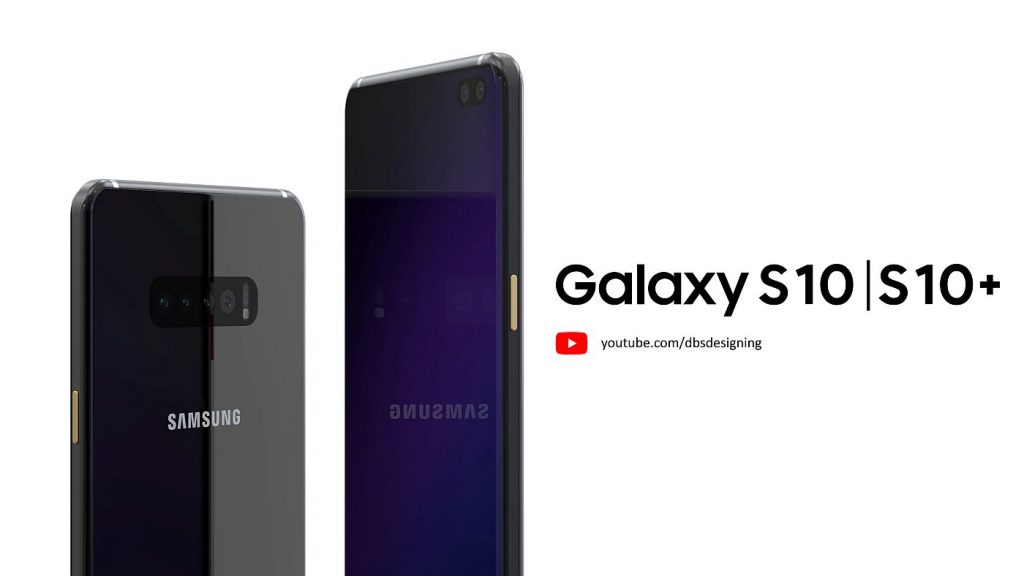 Their approach involves a colorful Power button on the side, reminding me of the Huawei Mate 20 Pro. There’s also a discrete cutout for the dual camera on the Galaxy S10+, as well as a glass covered back that feels a bit metallic. We see here new color versions, like yellow, pink and pretty much the same blue that the Galaxy Note 9 had.

Then there’s the gray and black version. I’ll say it again, the device looks like it’s made of metal, in spite of actually being made of glass. The screen has narrow bezels and curved edges, perhaps not as curved as expected though (not necessarily a bad thing). The Galaxy S10 seems to feature two back cameras and a front selfie shooter, while the Galaxy S10+ seems to increase the diagonal a bit and adds a dual selfie camera and a quad back camera. 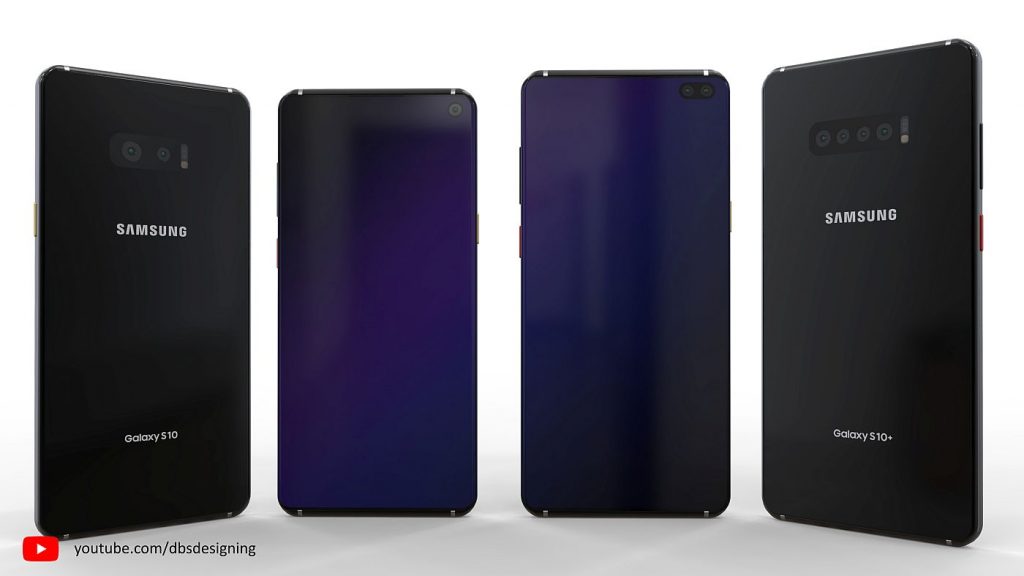 Seeing now big and wide this model is, it feels more like a Galaxy Note. Usually the Notes are the big and wide ones and the Galaxy S is rather svelte. I would have cut the chin of the devices even more, but let’s leave that to Galaxy S11. Expect to learn more on February 24th when the devices are launched. 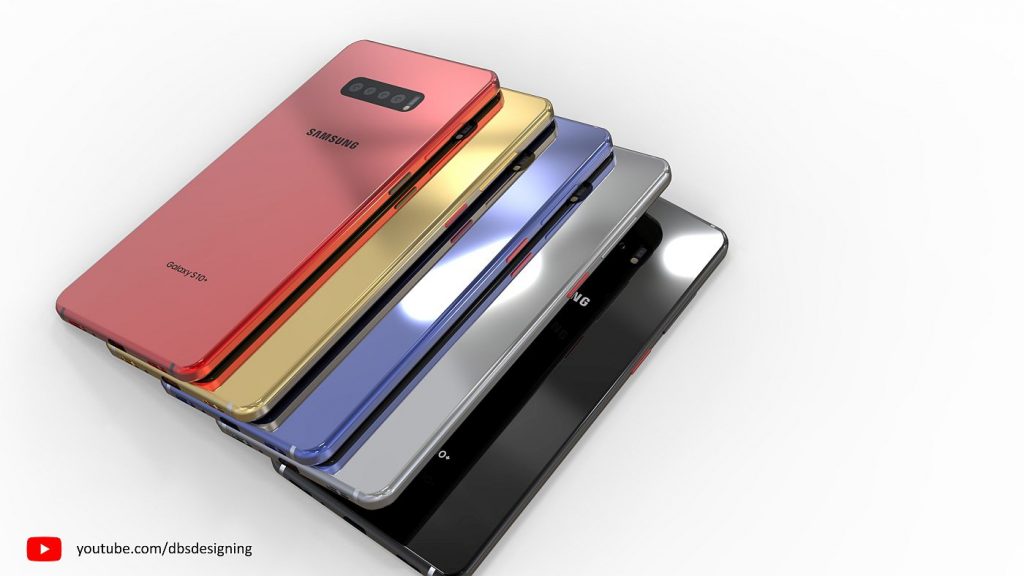 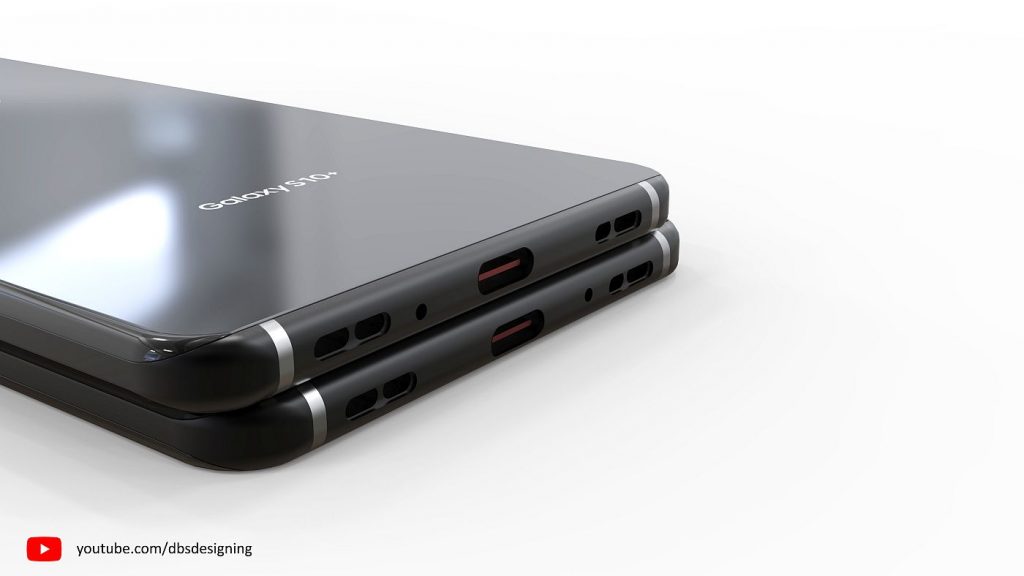 About Kelvin
Passionate about design, especially smartphones, gadgets and tablets. Blogging on this site since 2008 and discovering prototypes and trends before bigshot companies sometimes
Ben Geskin Gives Us His Two Cents On the iPhone XI   Apple iPhone X2 Has a Sliding Camera, Looks Truly New (Video)