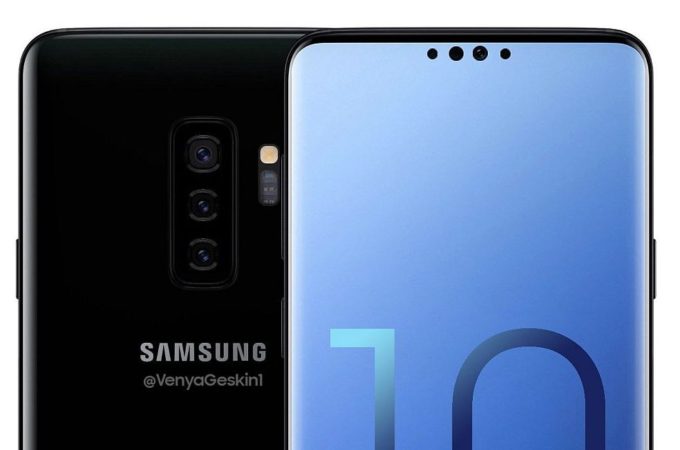 [rating]Samsung Galaxy S10 comes as breath of fresh air, this time courtesy of designer Ben Geskin. He wanted to try something different, something like a wake up call from all the repetitive Galaxy Note 9 renders. The device has some interesting twists and turns here, which we analyze after the break. 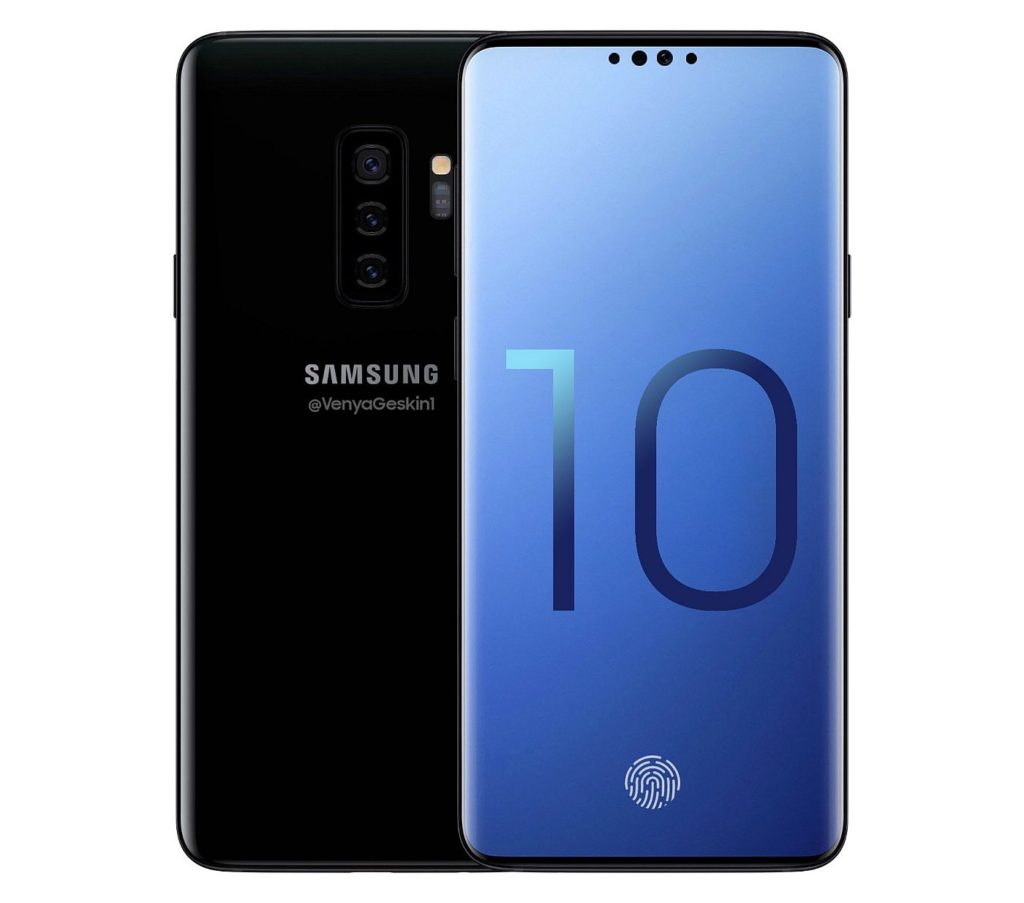 We’re dealing with a massive phone, that has a 6.4 inch screen, with ultra narrow bezels. So narrow, that the front side sensors and camera are just small holes within the glass panel. We also have an in display fingerprint scanner and a triple back camera. That setup includes a wide angle shooter, not the most inspired decision in the world, since wide angle cameras tend to distort the image a bit.

The idea of an in-display fingerprint scanner has been circulating for a while now, approached by Synaptics and the likes of Vivo and Oppo. The implementation has been hit and miss and companies can’t decide whether or not to make the whole screen a fingerprint scanner or just a portion of it. Otherwise, the format of the Galaxy S10 concept feels similar to the Galaxy S9 one, but with narrower bezels and the backs is 90% the same, minus the camera tweaks.

Also, Huawei had a triple camera for a reason: combine monochrome, great 3X optical zoom and a color shooter together. Samsung’s motivation for a triple camera isn’t sure. But the concept stands, as pretty realistic in my view.

About Kelvin
Passionate about design, especially smartphones, gadgets and tablets. Blogging on this site since 2008 and discovering prototypes and trends before bigshot companies sometimes
LG G8 Infinity Concept Has a 41 MP Camera and Edge to Edge Display   Apple Watch Series 4 Rendered by Concept Creator and It Looks Fancy (Video)