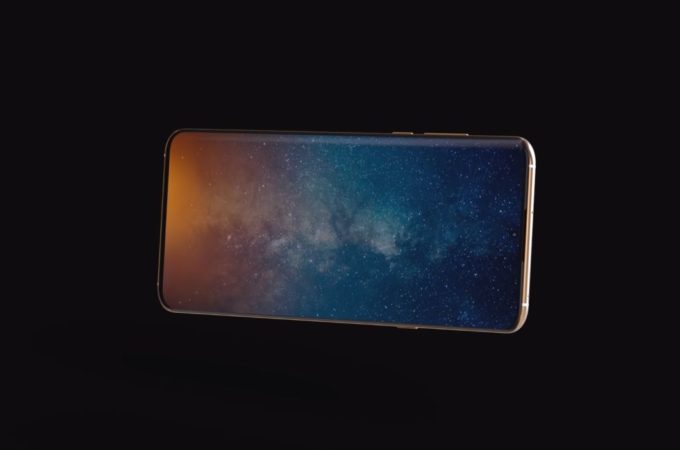 Concept Creator is definitely the phone designer we keep in touch with the most, as he constantly delivers quality handset designs. He’s no stranger to the Galaxy S10, having dabbled in that format one or two times. Today he takes all the recent rumors and converts them to yet another series of renders. 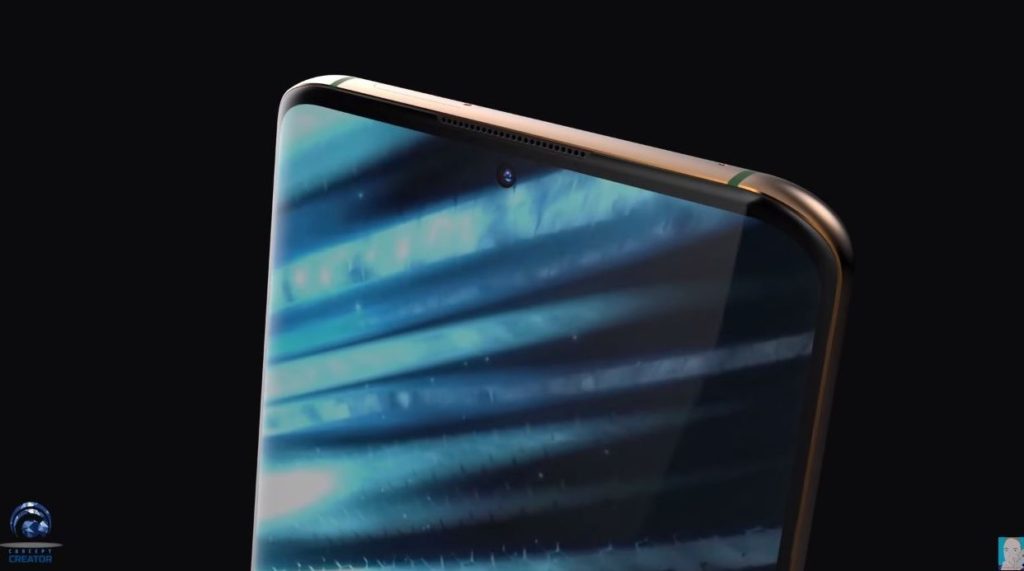 One of the main novelties here is the detailed showcasing of the triple back camera, with expanded view and all. There’s also a brand new hue, the “Emerald Green”. The device itself doesn’t quite surprise us, since it features the glass and metal body we all expect. The screen has very narrow bezels and the triple camera gets a cute yellow accent around it in the green handset version. 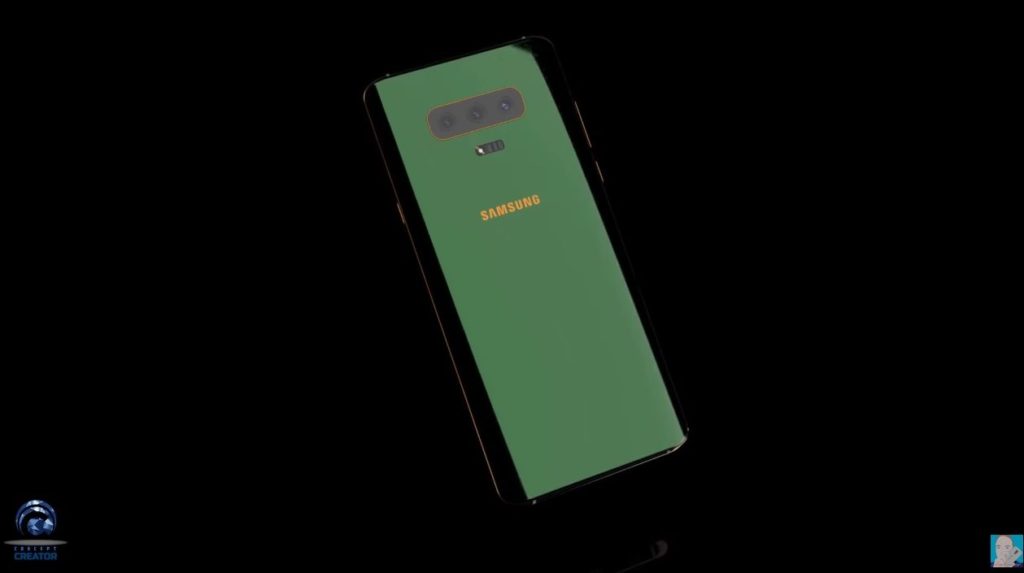 The cutout of the selfie camera is placed in the center and above it sits a very narrow earpiece. This time the LED flash, pulse sensor and other camera sensors are aligned horizontally, right below the main cam. Also, there’s no fingerprint scanner, which is obviously embedded within the screen. Edge detection is also mentioned for the cameras, plus a 127 degree wide angle shooter. 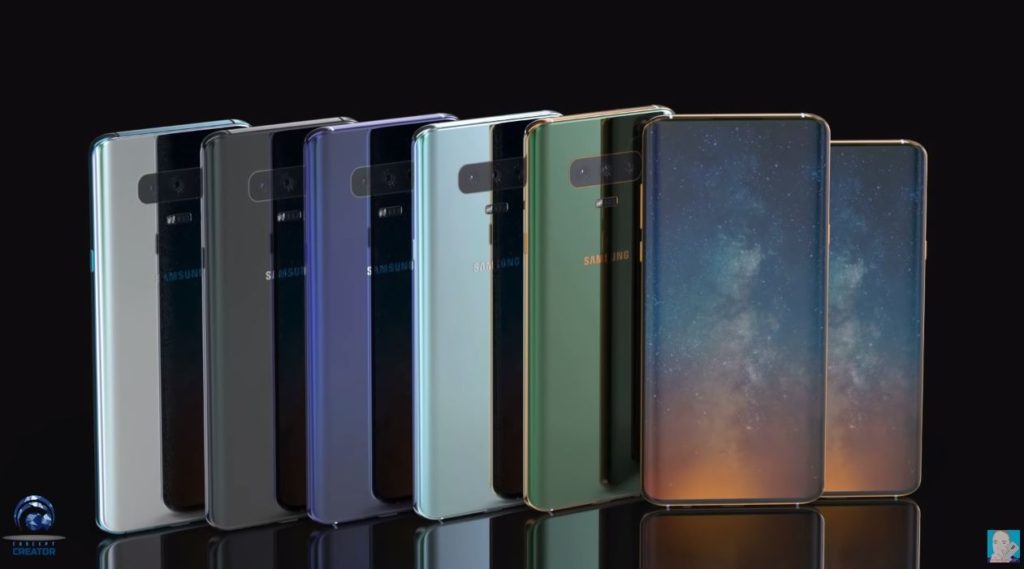 The hues shown here include a pretty light green, two shades of blue, but I would also like to see a red maybe, or some sort of business brown/orange. Even if the corners of the Samsung Galaxy S10 are rounded, I’m still getting some strong Galaxy Note vibes here. Loving the gold accents of the green model though. 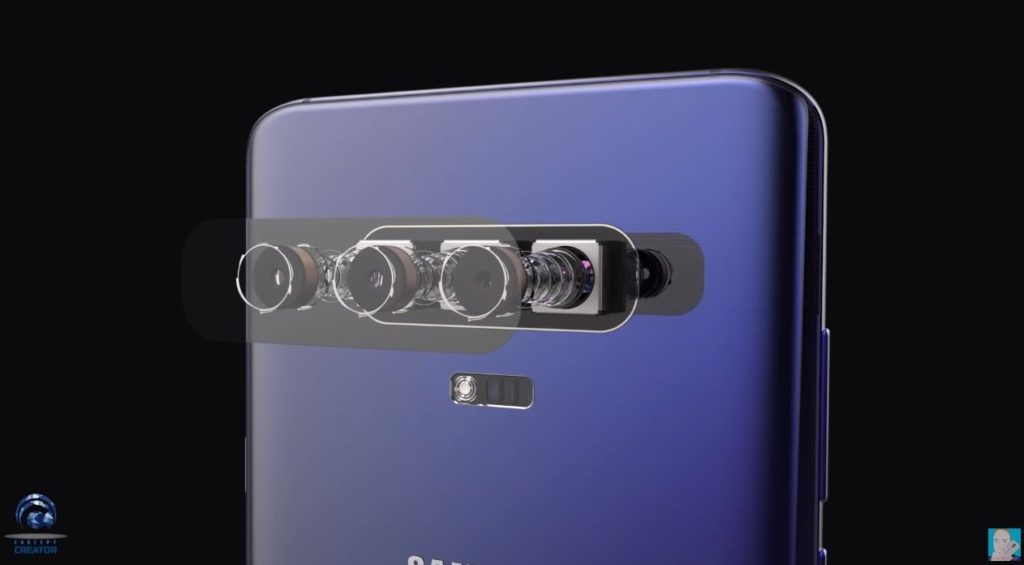 About Kelvin
Passionate about design, especially smartphones, gadgets and tablets. Blogging on this site since 2008 and discovering prototypes and trends before bigshot companies sometimes
Samsung Galaxy A8s Expected to Inaugurate Infinity-O Display; Here Are Some Renders   Samsung Galaxy S10 Rendered by Ben Deskin With One UI, Compared to iPhone XS Max