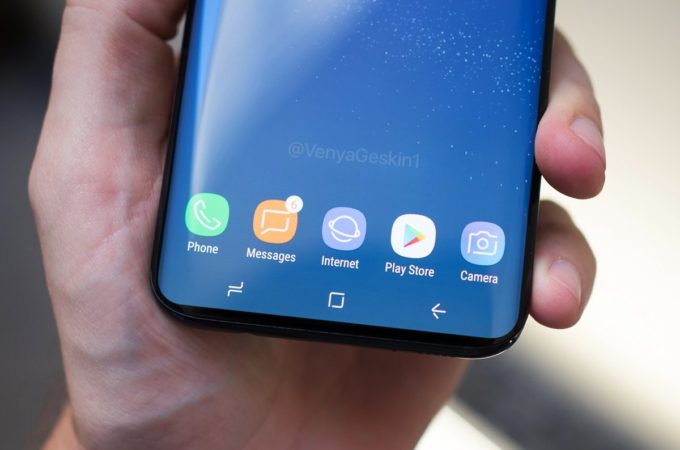 Benjamin Geskin is at it again, rendering the Samsung Galaxy S9 and if he had published these renders anonymously, I’m sure they would have been picked up by news outlets as legit Galaxy S9 picture leaks. Let’s check them out!

First of all these are made to look like real photos of the device, for sure. He seems to have started off with the Galaxy S8 and evolved into a new device, curvier and glassier. Benjamin also cut from the “chin” of the device, making the screen bigger and kept the curved corners and sides. Changes are rather cosmetic, not dramatic and this is just as evolved from the Galaxy S8, as the S7 was from the S6.

It’s a more refined take on the same idea. A combo of glass and metal is the way to go here, plus a dual back camera. More and more rumors are placing the fingerprint scanner below the screen panel, so that’s one less thing to worry about. Not very sure if special Face ID-style sensors will make it to the upper part of the facade, but that may also happen.