As you probably know, the Samsung Galaxy Note 8.0 has leaked on the web a lot over the past days and we’ve got an image at the end of the article showing it. Well, we’re seriously disappointed by that design and we prefer the recent work done by S. Mohammad Mehdi Azimi, a 27 year old man from Iran who loves tablets and industrial design. He created the Samsung Galaxy Tab Clever Series, shown below. 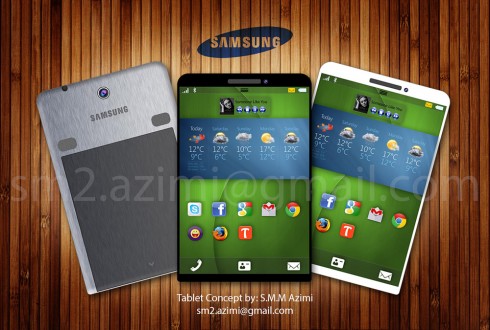 The design looks to me like an iPad Mini taken to the extreme when it comes to as small bezels as possible. The shape is interesting, since the upper side is rounded and the bottom one is straight, so there’s no symmetry, which one could describe as not a good idea. However, there’s something about this model that feels comfortable and user-friendly. I could see this as a future 7 inch Nexus tablet, who knows? In the meantime, if you want to know the specs of the Galaxy Note 8.0, they include Android 4.2 Jelly Bean, a 4600 mAh battery and a TFT Super Clear LCD display with 1280 x 800 pixel resolution.

The tablet also has a 5 MP back camera, 1.6 GHz quad core CPU, 2 GB of RAM, 16/32 GB of storage and microSD card slot. I could see these specs applied to the design sent to use by S. Mohammad Mehdi Azimi, honestly. Which design do you prefer? I favour the first! 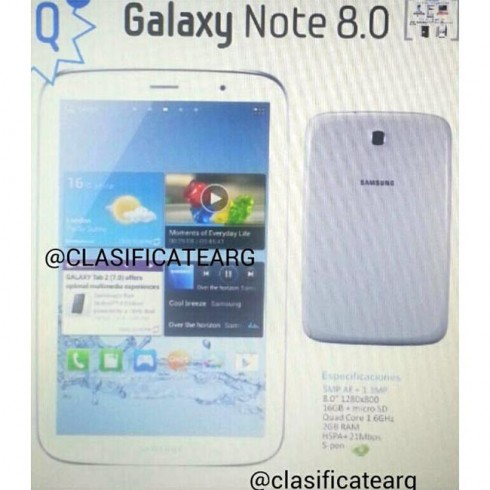