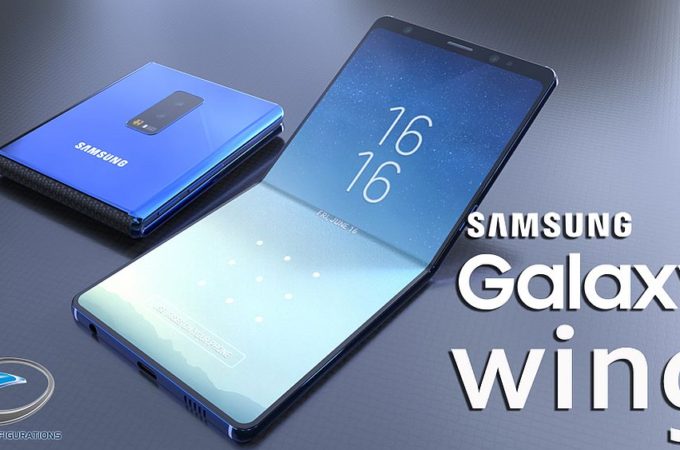 Following a ton of leaks of patents related to the Samsung Galaxy X foldable phone, we are treated today to a concept of the device, dubbed Samsung Galaxy Wing. It’s a 7 inch 4K foldable smartphone, envisioned by the guys of Techconfigurations. 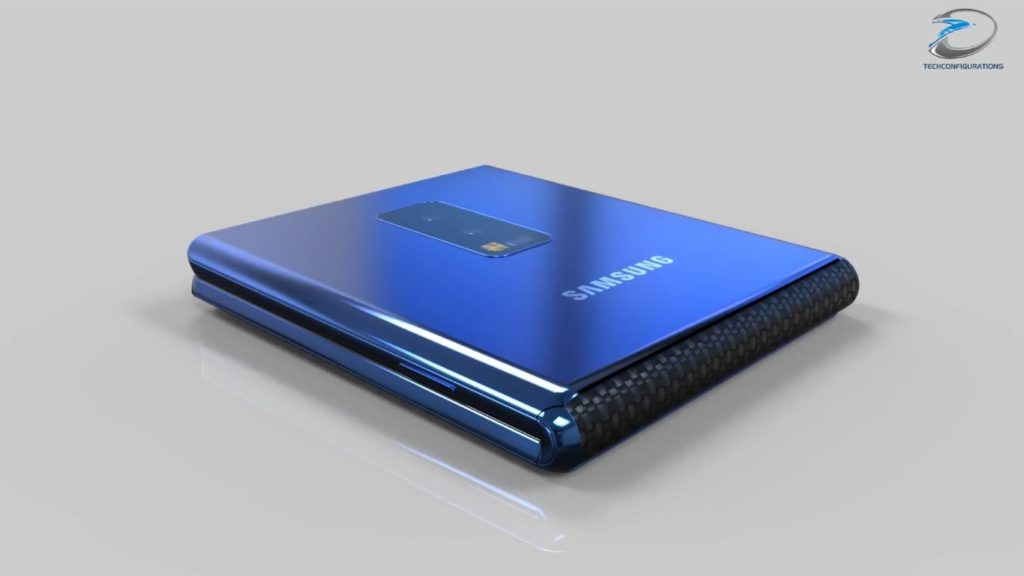 This is actually supposed to be different from the Galaxy Wing, sporting a much more compact format. It even closes up like a clamshell and has a hinge down the middle, with small little round mechanisms, that feel and look like the end of a ladies electric shaver of sorts. This is of course a high end smartphone, one that bends down the middle, without a seam on the screen facade. 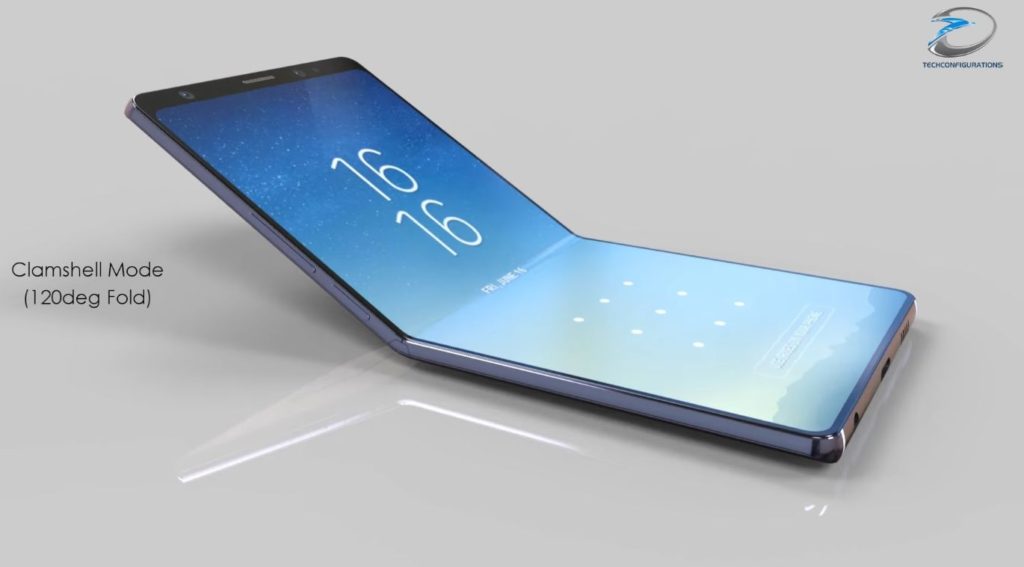 There’s only a little visible seam at the back for the hinge area. The camera at the back looks very much like the one of the Galaxy S9+, while upfront we find the retina scanner and 8 MP cam. I see no trace of fingerprint scanner, so I’m going to assume it’s integrated within the screen panel. There’s a clamshell mode, with a 120 degree fold and a closed mode that makes the device twice more compact, but also not usable. 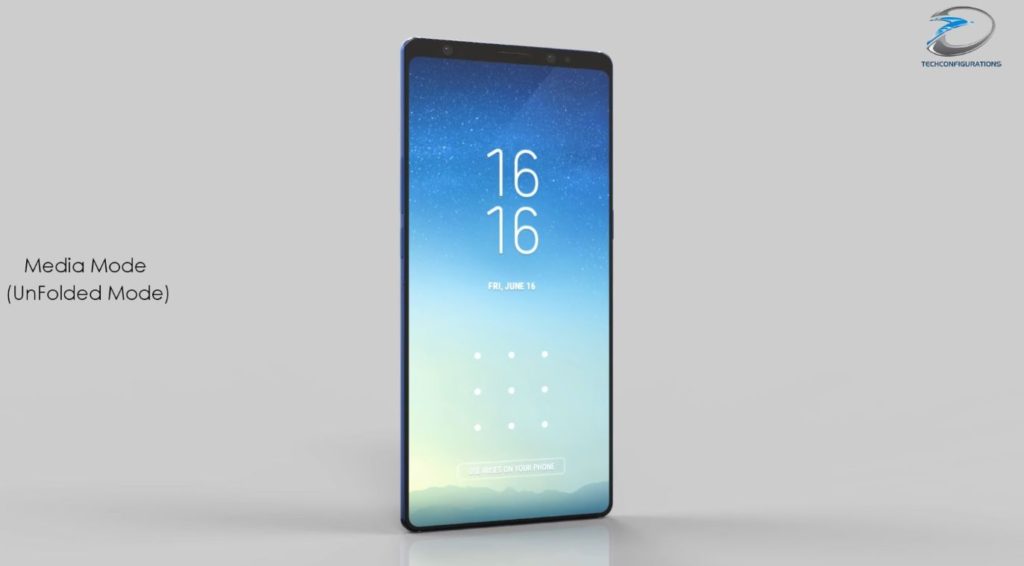 When opened up you get a tablet basically, with 4K AMOLED display and minimal bezels. There’s a premium kevlar fabric in the mix, at least for the hinge bit. The fingerprint scanner is indeed integrated within the screen and a crazy set of numbers are revealed in the video, like a 3.75 mm waistline unfolded and 7.5 mm folded. Available in blue, silver or black, the handset has a very glossy back and front, but it feels rather fragile to me. Still better than the previous Galaxy X concepts. 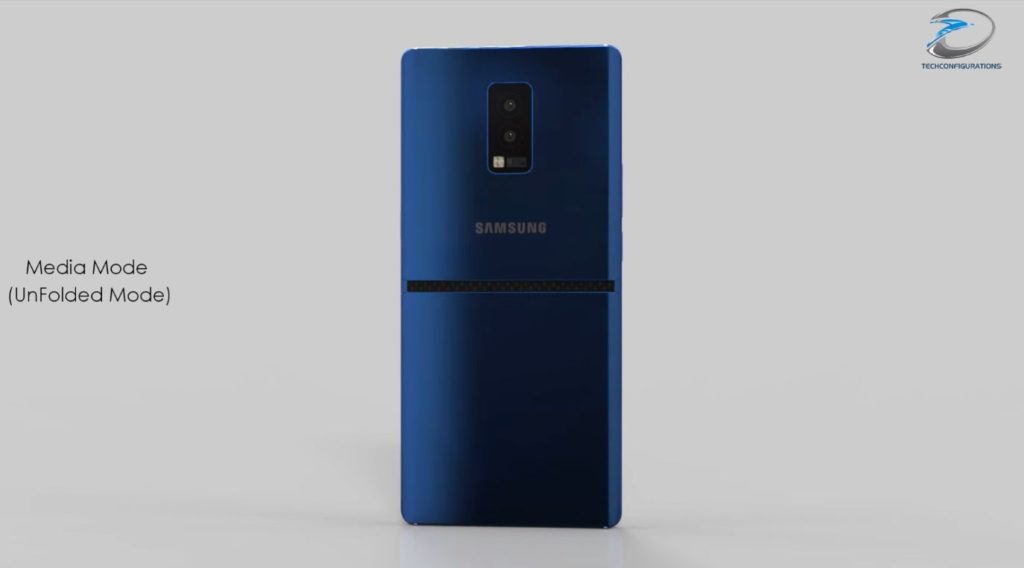 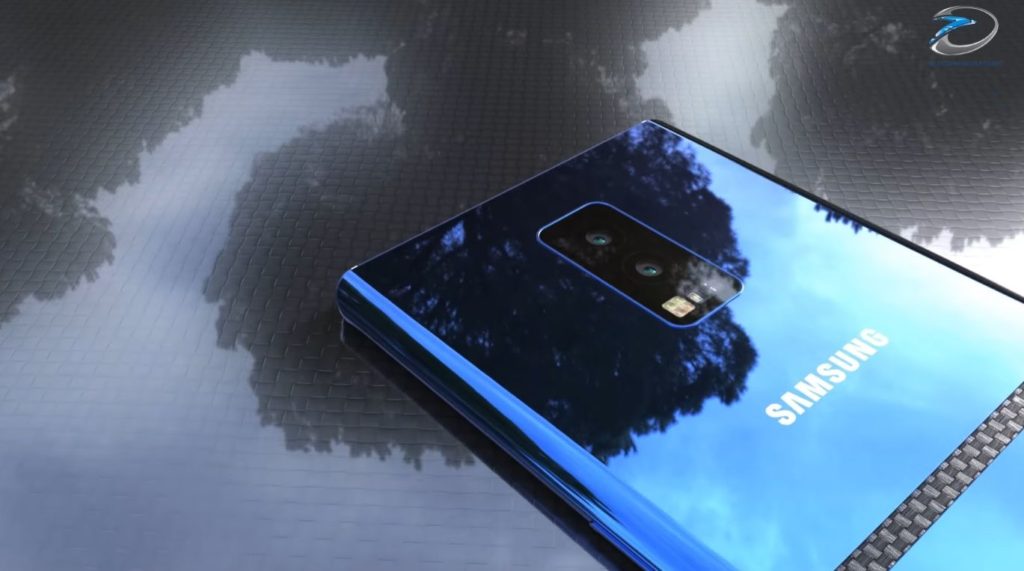 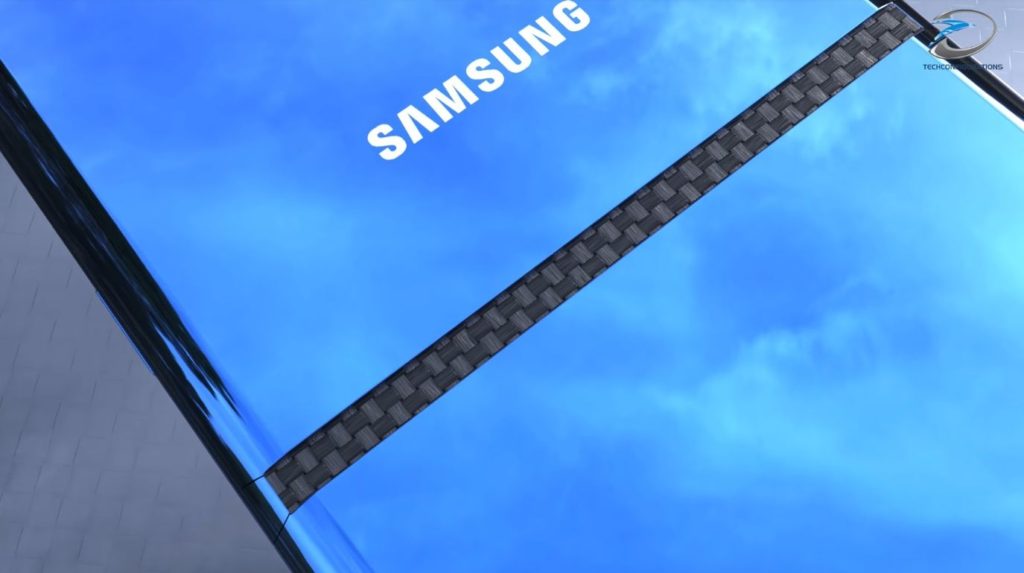 About Kelvin
Passionate about design, especially smartphones, gadgets and tablets. Blogging on this site since 2008 and discovering prototypes and trends before bigshot companies sometimes
Samsung Galaxy V9 Gets a Small Notch of Its Own   Sony Xperia XZ2 is Horrid in This Leaked Render