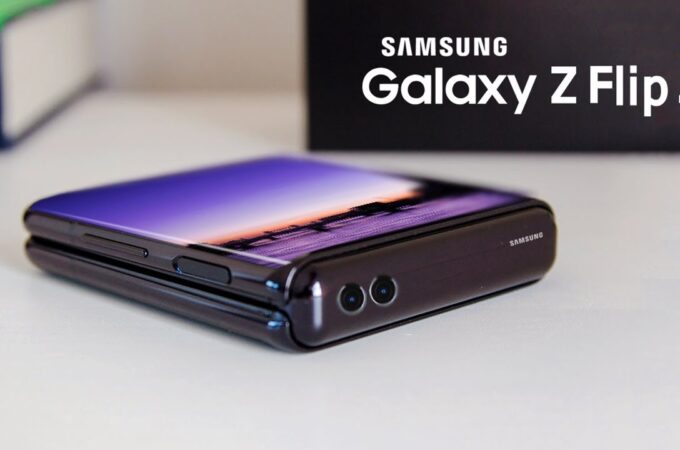 The Samsung Z-Flip 3 was unveiled this year, and there was a lot to note about this phone. First, the price went down significantly from the previous Z flip 2 phone. For now, there is an affordable fold phone for those who love them. That said, Z flip phone consumers have already started speculating about the unveiling of the Z flip 4 phone. Even though the phone is expected to be launched in the summer of next year, the excitement is all too real. But what can we expect from that phone? After all, new phone technology pops up every year.

Samsung hopes to sell more Samsung Galaxy Z flip 4 phones next year and popularize the folding smartphones even more. Let’s see what we can expect from this phone.

Something about a rotating camera…

First of all, this year’s Z flip 3 phone didn’t have any camera changes. It is the same camera we saw with the first Z flip phone, a 12MP main lens, and a 10MP front camera. Samsung did some work with the camera software though, improving portrait mode and indoor photography. But there are rumors that the Z Flip 4 could feature a rotating camera.

The details were seen from a Samsung patent application filed with WIPO (World Intellectual Property Office). The documents show a clamshell phone that resembles the Samsung galaxy Z Flip but with a larger secondary screen and a rotating camera. The location of the camera is also fascinating. It’s located in the hinge, and you can rotate it and use it when the phone is closed.

What if there is actually a rotating camera?

The benefits are there. The major advantage is superior camera hardware (awesome for selfies). The phone will also have plenty of space that would otherwise host the camera. You will also have a larger secondary screen – no space is needed for camera lenses on the screen.

But there is a problem with a rotating camera

Since the camera is housed in the hinge, it means there has to be enough space there to accommodate the camera. This means a bigger phone as well. To make it even more inelegant, the hinge and the camera will jut out when the phone is folded open. That means you will not be able to lay out the phone fully. That is probably not something you want on an expensive foldable phone.

That said, the details in the patent documents are probably something Samsung is going to consider for the future. Besides, patents don’t often become products. Another thing that perhaps rules out the idea of a rotating camera is that Samsung plans to sell more Z Flip 4s next year – up to 6.9 million Galaxy Z Flip 4s. That means there might not be enough time to tinker with what already works for the Z Flip series. Something similar to what’s on the Z Fold 3 is more likely.

For Students who love a change

For some students, the rotating camera technology could mean something new to explore when the Z Flip 4 comes out late next year. For those who love writing dissertations about emerging technologies, this could be something worth looking out for. For now, with the help of dissertation services, the likely technology to keep talking about is the UPC technology that is already available on the Z Fold 3.

Something else that could change

Maybe we could have a Z Flip 4 with more battery capacity. The Z Flip 3 has addressed a lot of issues that the original Z Flip had. However, there seems to be no solution to the 3300mAh capacity battery that just isn’t enough. Most Samsung phones have more battery life than any of the Z Flip phones thus far, and that is very concerning, to say the least. The regular Galaxy S21 has a 4000mAh battery.

This is something that many are hoping will be addressed before we can see the new Z Flip 4 late next year. Another thing is that the Z Flip 3 only allows 15W max wired charging. This feels really slow and fails to reflect what other Samsung devices can do. The Z Fold 3, for example, allows up to 25W and charges faster.

If you are a student and love browsing through your phone for school projects or assignment help online, this could be an inconvenience. The Z Flip 3 takes about 15 minutes to charge from 0% to 22%. That is not really that bad, but it could be 15 minutes that you might not have.

It’s probably good news that Samsung is already planning to sell as many Z Flip 4s as possible. That could mean that the price will go down. The Z Flip 3 already costs a grand even though it has potential problems. The Galaxy S21 costs less but features a telephoto lens and a superb battery. Even the iPhone 12 Pro costs less than the Z Flip 3 but is probably one of the best phones around. If all this means something and the guys at Samsung pay close attention, then the Z Flip 4 should cost much less.

The Samsung Galaxy Z Flip 4 is not expected to launch until late next year. However, there are already plenty of rumors about what the phone could come with. A rotating camera will mean a design change and a much bigger phone. But perhaps that will lend some room for a better battery as well. All we can do is wait!

Author BioEun Rockwell is a blogger and academic writer from the UK who works with Collegepaper.org reviews. She likes trying new subjects and is always focused on proving her worth as a writer in new and challenging writing areas. Her hobbies include reading books and traveling. You can reach her via Twitter @rockwell_eun.

About Kelvin
Passionate about design, especially smartphones, gadgets and tablets. Blogging on this site since 2008 and discovering prototypes and trends before bigshot companies sometimes
The Essential Social Media Platforms for Your Smartphone   Progress or Degradation: What Does Smartphone Dependence Lead To?