Samsung Tab Round Tablet is 10.1 inch 2K Slate With a Curved Design

Jermaine Smit is back with a brand new tablet concept, this time a Samsung model. The device is called Samsung Tab Round and it’s also shown in the video below, with some relaxing music in the background. 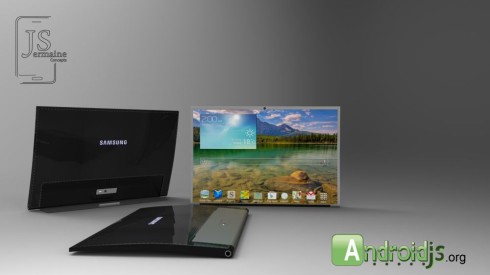 We’re dealing with a device that has a curved body and a lower area that can be opened up and used as a sort of smaller kickstand. The curvature of the Samsung Tab Round is very elegant and discrete and you can’t even say it’s there when the device is seen from the front. The device comes with a Snapdragon 805 processor, 32 GB of storage, 4 GB of RAM and a 2K 10 inch display. 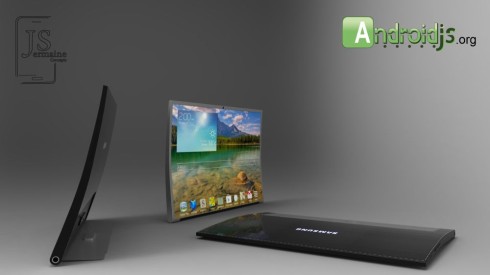 At the back there’s a 13 megapixel camera and its entire positioning is actually based on an existing patent. Upfront we’ve got a 3.2 megapixel shooter and you can even select different colors of this model. The screen shown here seems to be an edge to edge one, as much of an edgeless screen can fit on a modern tablet.

I can also see some faux leather at the back. Nice job Jermaine! Such a product could actually be unveiled at MWC 2014. 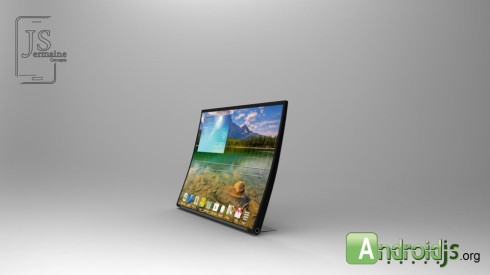 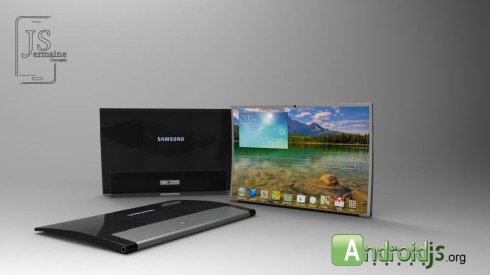