Here’s yet another dual core Sony Ericsson in concept phase, this time created by Frank Tobias. This unit is called the Sony Ericsson Ape and it belongs to the Xperia series, innovating it with the Android 3.0 OS and a 3.9 inch reality screen with Mobile Bravia Engine technology. 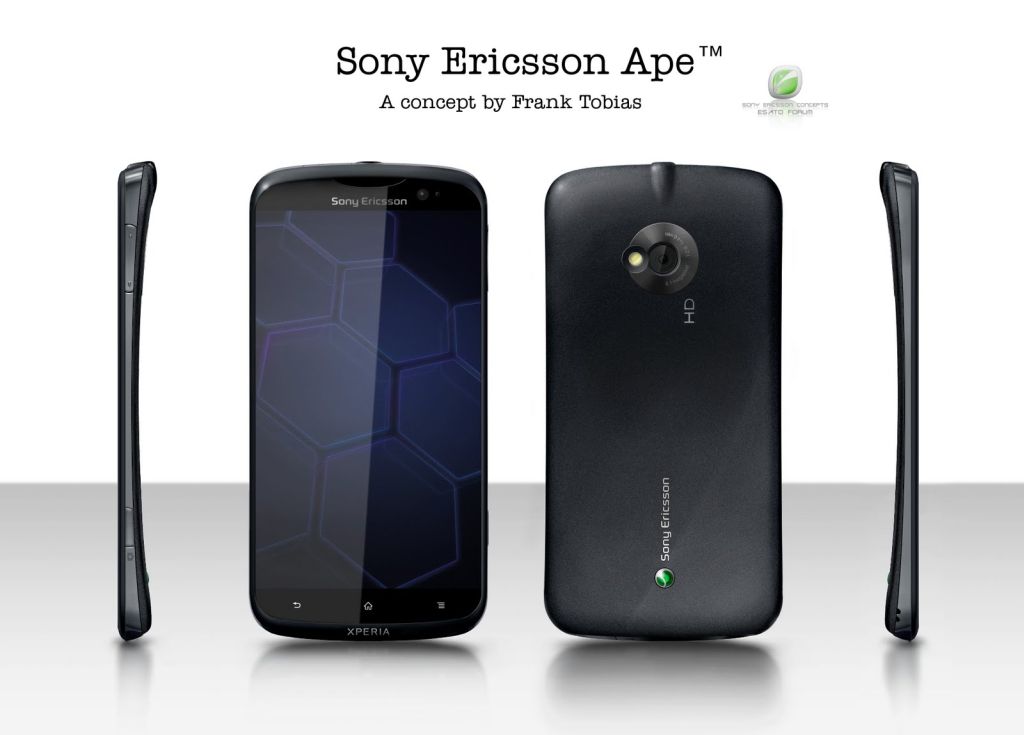 On board of the Ape we find a 2.5GHz dual core CPU, 1GB of RAM, 8GB of internal memory and a card slot for up to 64GB. At the back there’s an 8.1 megapixel camera with Sony Exmor R mobile CMOS sensor with an LED flash and support for 1080p full HD video recording. Upfront there’s a 3.2 megapixel camera for video conversations.

In the connectivity department, you get WiFi, DLNA, NFC and Bluetooth 3.0. The design of this Honeycomb phone looks really, really nice and the curved shape reminds me of the Xperia Arc model a lot. Also, as I can see the screen is an edge to edge unit, which is always a plus.

About Thrystan
Rimino Phone Concept is a Futuristic Idea, Based on Simplicity   iPhone 5 & iPad 3 Concepts Created by Roman Vladimir Sima