Razec’s series of beautiful concepts shown on Esato continues, this time with Sony Ericsson Phan, a handset we’ve seen teased here. We’re dealing with a phone that comes with a pretty original form factor, reminding me of a camcorder. 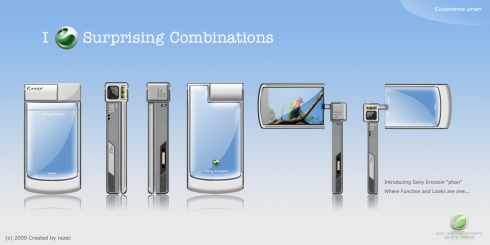 Its external surface is mirror-like and the phone incorporates 2 microphones, a 2.4 inch AMOLED capacitive touchscreen, a fast port and a neat set of navigation keys. Sony Ericsson Phan is basically a clamshell, but one that uses the Fold and Twist mechanism, usually seen on Japanese phones, that imitate camcorders. 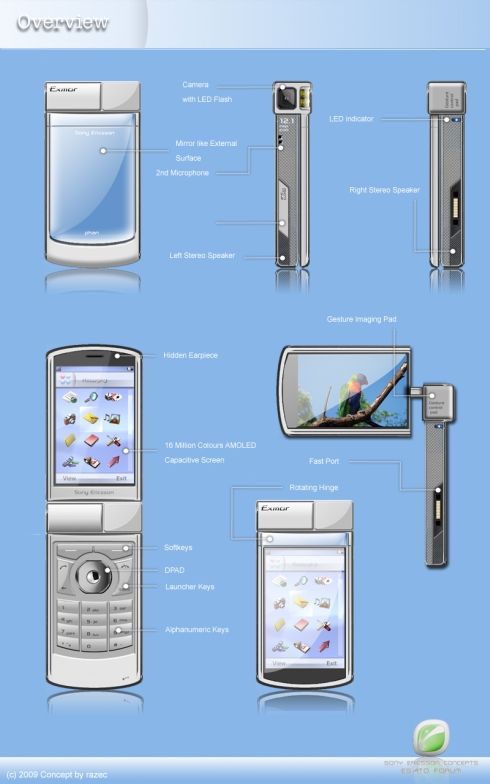 On Phan’s specs list you’ll also find 8GB of media storage, a microSDHC slot and stereo audio recording. If this would ever be turned into a real device, it’ll be available in 5 different colours: Electric Blue, Sunshine Gold, Rose Pink, Lime Green and Urban Grey.

Would you buy one? 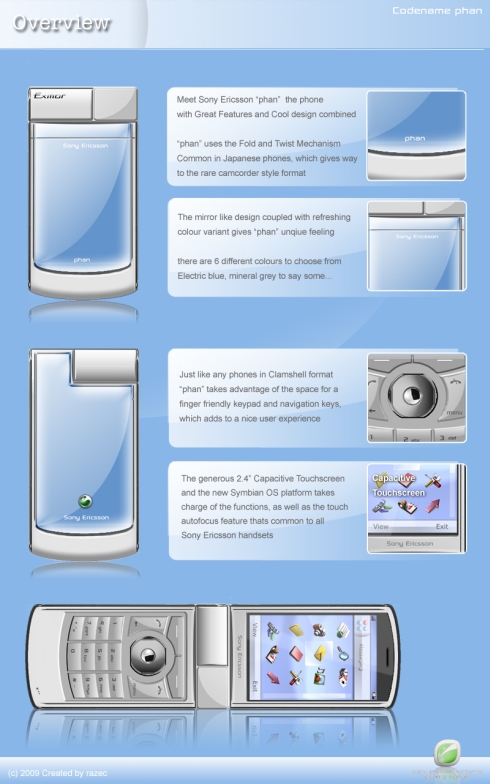 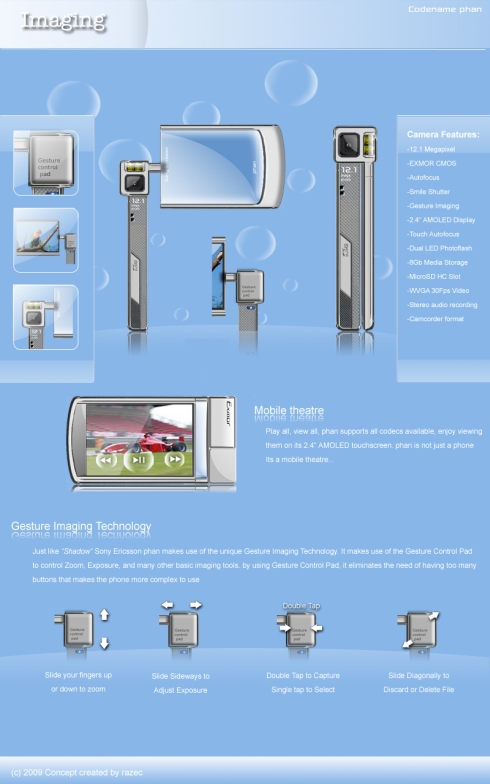 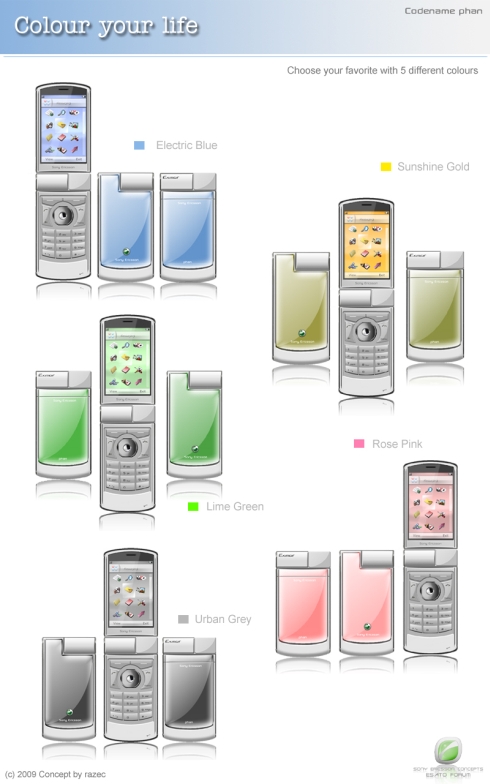