Sony Xperia A by Ben Ling is a 4.6 inch Full HD Waterproof Handset

Ben Ling has created a new Sony Xperia concept phone simply dubbed the Xperia A, that you can check out below. We’re dealing with a 4.6 inch Full HD handset with a Super AMOLED capacitive touchscreen and Corning Gorilla Glass 3 protection. 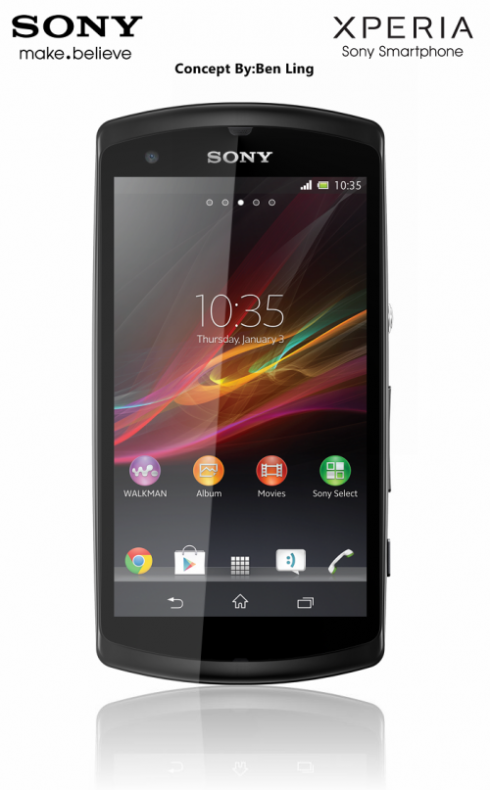 The screen is shatter proof and at the back of this smartphone we find a 13 megapixel camera with HDR and LED flash. There’s also an Exmor RS sensor on board for camera use and this device is both dust and water resistant according to IP55 and IP57 standards. The camera does 16x digital zoom and Full HD video recording, while upfront we have a 2.2 megapixel camera also with HDR, like the cam on HTC One.

The design is slightly rounded and I can see that there’s a camera button on board, something rare for an Android phone. The facade of the Sony Xperia A seems to remind me of the times of the Xperia Play and Xperia Neo, so it may seem a bit dated. Powering up this Xperia 2013 phone is a Qualcomm Snapdragon 600 CPU, that we’ve yet to see on a Sony handset. By the way it runs Android 4.2.2 and provides 32 GB of storage, as well as microSD.

The battery is a 2600 mAh unit. Is there room for rounded phones with camera buttons and Android on the market?

About Thrystan
Micromax Flair: if the Facebook Phone was Made in India…   Sony Xperia Ultra is a Sort of Xperia Play 2 Design