Sony Xperia M is the latest concept phone from Shaik Imaduddin, a very interesting design, that adds an extra colourful layer around the main frame of the handset. As you can see, the phone is shown in blue, red and gray. The design is not that far from the Xperia Z, but there’s a certain “Lumia feeling”, with its upper and lower side, if you allow me to say that. 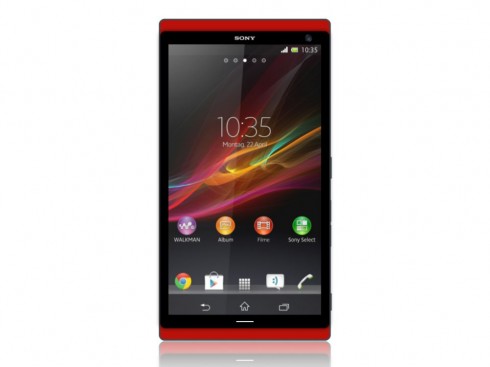 This phone has a 5 inch 1080p display with Mobile Bravia 2 technology. Xperia M is based on an Nvidia Tegra 4 processor with 72 graphical cores, so top notch gaming is guaranteed. Other features include 32 GB of storage, a 13 megapixel back camera and a front 2 megapixel shooter. I’m very curious regarding the direction of future Sony Xperia designs, since they seem to be following the same general line.

Ever since Xperia Arc S, the design hasn’t changed at all, aside from the occasional transparent bar at the bottom. There must be a spark in the industrial design at Sony and I’m hoping that the designers who sent us such renders may inspire Sony to finally leave behind the rectangle and go into a new era. What do you think?

About Thrystan
Canonical U1 is an Ubuntu Phone OS Device   Samsung Galaxy S4 Speculations and Predictions, Plus a Few Images