Sony Xperia Z4 is basically a week or so away from being unveiled, if it does come at CES 2015. Today we get got a new render of the device, sent to us by an user called Warp Flame. The device looks pretty basic from the front, but at the back there’s a pretty powerful camera. 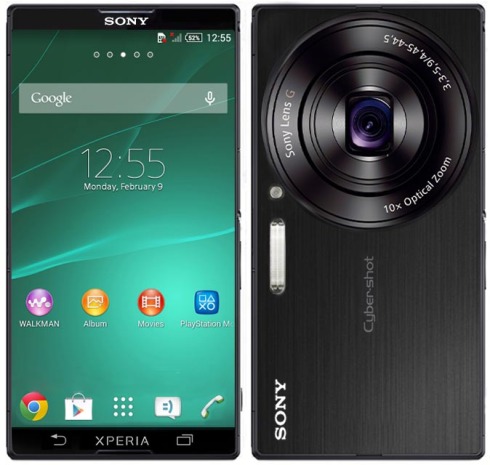 Notice the Cyber-shot branding and all the goodies included, such as the Sony Lens G, 10x optical zoom and a Xenon flash. The facade is also interesting, but rather odd, since apparently it features capacitive buttons (Back and Recents), but no Home button. Obviously, that’s a mistake, but maybe the Xperia logo is the Home button. Anyway, the two front stereo speakers feel a bit crowded, so that’s not exactly my favourite design for the front of the device.

At least the bezels are slim and as far as the back camera is concerned, I expect it to be around 22 or 24 megapixels this time. Since the Xperia Z1, Z2 and Z3 used pretty much the same sensor, it’s time for an upgrade. The CPU may also jump to Snapdragon 810 and the display to Quad HD.

About Kelvin
Passionate about design, especially smartphones, gadgets and tablets. Blogging on this site since 2008 and discovering prototypes and trends before bigshot companies sometimes
Bluesonic Bliss is a 5.7 Inch Phone With a Very Strong Camera   Apple MacBook Pro 2 Rendered By Hass. T, Reminds Me of a Lenovo Yoga