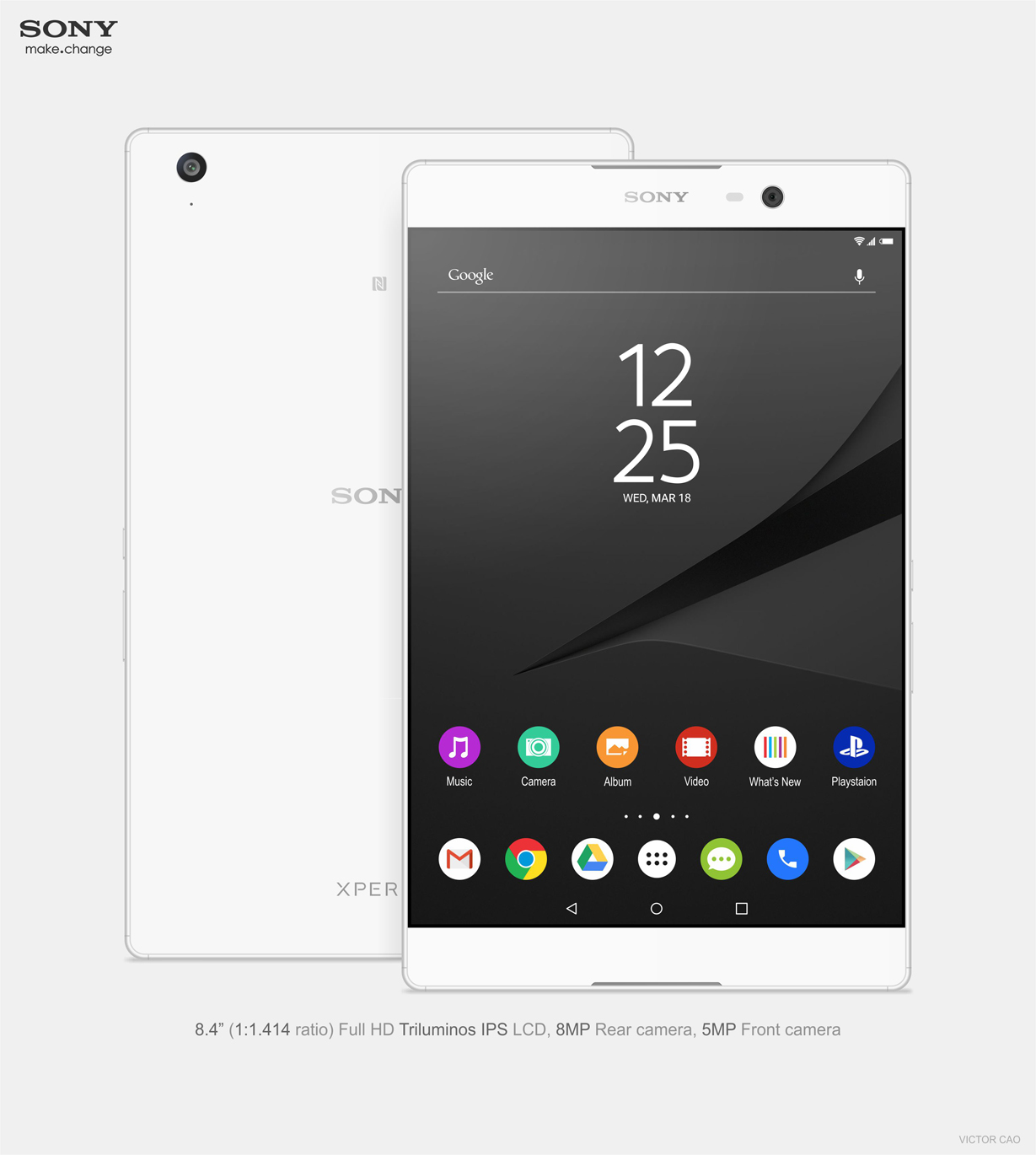 I have to say that each post about a Sony Xperia concept phone is much better received than an Apple or Samsung one, so here we go. This time we’re dealing with a new Xperia tablet, the Sony Xperia C5 Tablet, rendered by Victor Cao. 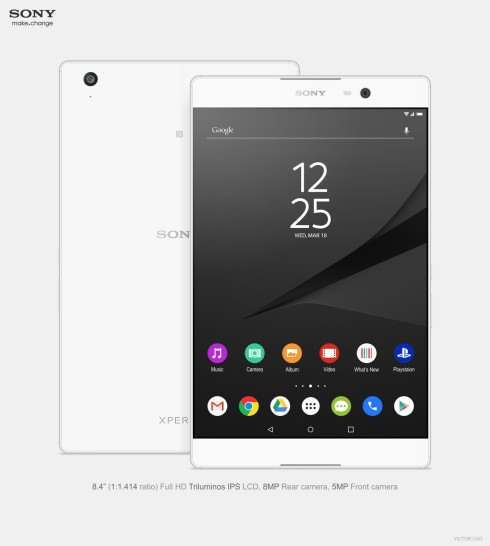 It’s been a while since Sony last launched a tablet, especially a compact one, so they may do that soon. The designer expects to see such a device at CES 2016. He calls it the Sony Xperia C5 Tablet and claims it’s very slim and very light. This means it can be held for long periods of time without getting your hands tired. 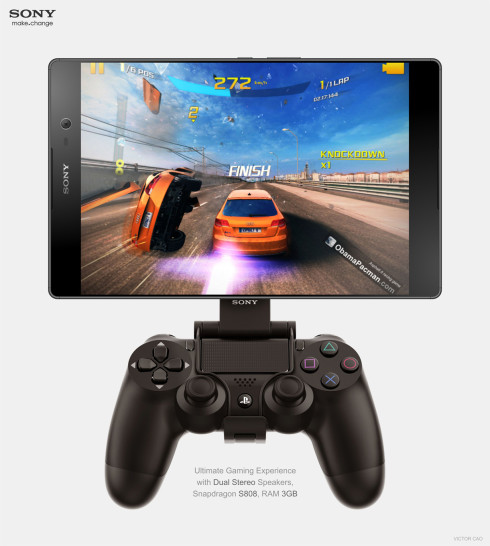 The screen ratio has changed from 16:10 to 1:1.414, like the Google Pixel C tablet, which is a better ratio for working and web surfing, apparently. We also have some other good news, as the designer promised to unveil more concepts that would make it to CES 2016. The Xperia C5 Tablet comes with dual stereo speakers, a Snapdragon 808 CPU and 3 GB of RAM. It has a ultra thin bezel, 5000 mAh battery, runs Android Marshmallow and weighs 280 grams.

It measures 6.4 mm in thickness and comes in 4 colors. Finally, there’s an 8 megapixel back camera and a 5 MP front shooter. 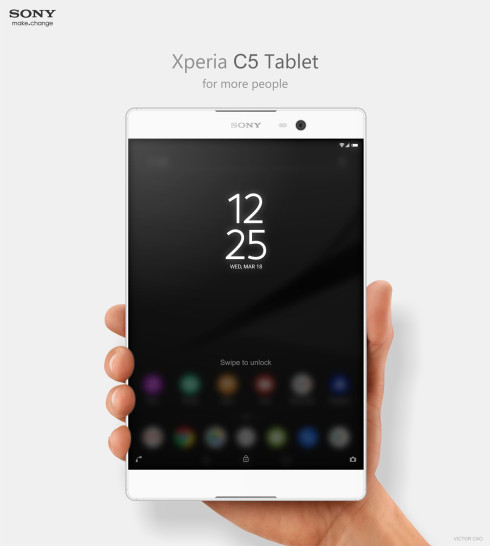 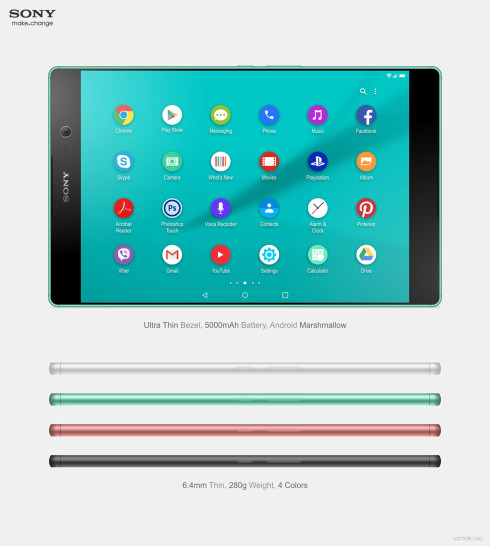 About Kelvin
Passionate about design, especially smartphones, gadgets and tablets. Blogging on this site since 2008 and discovering prototypes and trends before bigshot companies sometimes
iPhone 7 Prototype Supposedly Leaked on Video; Of Course It’s Fake!   Samsung Galaxy S7 Gets New Render From Delta Concepts, With Focus on Front Speakers, Curved Edge