People are still wondering how Sony managed to fumble up a project as good as the Xperia Play. Well, we’ve been waiting for a successor for ages and every once in a while we get a device like this one here, the Xperia PS Vita, imagined by Junior Riega. The specs are crazy, but they’re 2014 crazy, if I can say so. 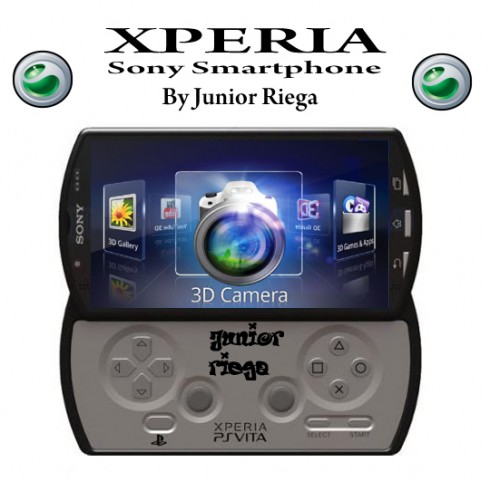 As you can see, the design is very similar to the previous unit’s look, only this time we get the LG UI on it, for some reason. The design is pretty rudimentary, but the specs are the salt and pepper of this concept. The device comes with 64 GB of internal memory, microSD up to 128 GB, 4 GB of DDR3 RAM and a Qualcomm Snapdragon 1000 3.0 GHz Octa core processor. The GPU is an Adreno 500 and the model runs the new Android 5.0 Key Lime Pie, that will be unveiled in May.

The display is a Super AMOLED Full HD one with a 4.5 inch diagonal and 3D abilities, plus a 2048 x 1536 pixel resolution. The screen is polarized antiglare and is scratch resistant and unbreakable. The device also uses Sony Mobile Bravia Engine 2, HDMI and USB, a Walkman key and a camera button. There’s even a built in projector with 50 lumens capacity. Charging is done via wireless and there are two powerful speakers on board.

Sony Xperia PS Vita weighs 293 grams and measures 18 mm in thickness. The camera at the back is a 21 megapixel unit with Ultra Pixel technology and 24x zoom. It does 4k video capture at 120 fps and upfront we’ve got a 5.1 MP shooter. Digital TV and radio are included and this console will support PlayStation 1, 2 and 3 games, apparently.

About Thrystan
Next Micromax Flagship Phone Gets Teased; You Decide Its Name and Specs!   Sony Edge Phone Uses the World’s Thinnest Screen Frame