Sony Xperia 5 II is Already Here, More Compact and Powerful Than the Predecessor 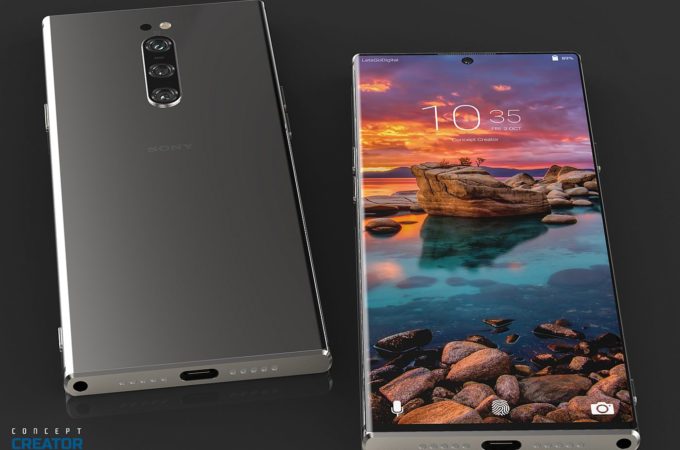 Sony hasn’t been launching Compact series phones for a while now, well, actually they are but without the name. Sony Xperia 5 unveiled at IFA 2019 last fall was in fact a bit of an Xperia 1 Compact. Now we’re waiting on the Xperia 5 II to deliver a similar approach: a smaller Xperia 1 II. What you see here are renders created by Concept Creator and Letsgodigital for your viewing pleasure.

While being an Xperia 1 II successor, this is also an Xperia 5 successor, so it should keep some of its elements. The audio jack is expected to return, just like it did on the Xperia 1 II and Xperia 10 II. A compact design is in the cards, so it’s unlikely the diagonal will go past 6.1 inches or so. The new design coming from Concept Creator shows a centered triple back camera, with an extra sensor above and also the LED flash placed at the top of the back.

The selfie camera is now housed in a punch hole, discretely integrated at the front. Screen bezels are even more minimal and the device’s edges are curved. The overall format remains long, probably 21:9 in aspect and the camera doesn’t seem to protrude. Interestingly we also get Zeiss optics here. Even though a 6.1 inch screen is expected, there are rumors we may even end up with a 5.8 inch or even 5.6 inch device. It’s also possible that front camera will get an upgrade from the usual 8 megapixel sensor to a higher res one, at last. We expect a Snapdragon 865 CPU inside, at least 8 GB of RAM and a 4000+ mAh battery.

5G is definitely here, making this one of the most compact 5G phones on the market, at least diagonal-wise. It should also have 256 GB of expandable storage and a case made of glass and metal. Compatibility with other Sony products should also happen, like operating a Sony Alpha Camera remotely and also compatibility with the PS4 DualShock 4 controller. We expect an IFA 2020 unveiling in Berlin, in case the show happens, with the pandemic and all.

The price should be around 800-900 euros for the Xperia 5 II. By the way, very realistic video for this concept, I’d say.

About Kelvin
Passionate about design, especially smartphones, gadgets and tablets. Blogging on this site since 2008 and discovering prototypes and trends before bigshot companies sometimes
Samsung Galaxy Fold 2 Gets New Design Concept With Rotating Camera and Narrow Bezels   iPhone 12 Pro Gets New Renders from Phone Designer/Jonas Daehnert