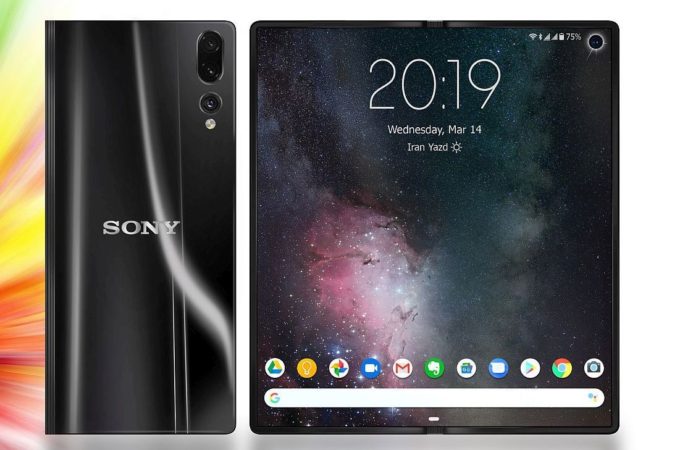 Sony is probably the last big company still staying away from the foldables. Even LG has been patenting such foldable devices, but not the Japanese firm. Luckily, inspired designer Metti Farhang is on the case, having rendered the Sony Xperia Fold.

Also dubbed Sony Xperia F, the device relies on a Dynamic AMOLED display, with an 8.8 inch total coverage. It goes down to a 6.3 inch diagonal, as the Super AMOLED cover display. Specs are obviously high end, like 12 GB of RAM and 512 GB of storage, plus a triple back camera with 48 MP, 48 MP and 20 MP sensors, which sound a bit overkill for me.

This machine somehow channels a bit of the Xperia P for me or the Xperia Tablet series. It even has 5G and a beefy 4500 mAh battery. A lot of work has been put into the hinge, that feels like it’s segmented and becomes invisible when the device is opened up. I have to admit that the device doesn’t look half bad, when opened or closed.

There’s a tent mode showcased and the front camera placement is smart. The overall design feels a bit closer to the Galaxy Fold than the Huawei Mate X, that’s for sure. The hinge and screen protections are obviously the hot topics in this render…