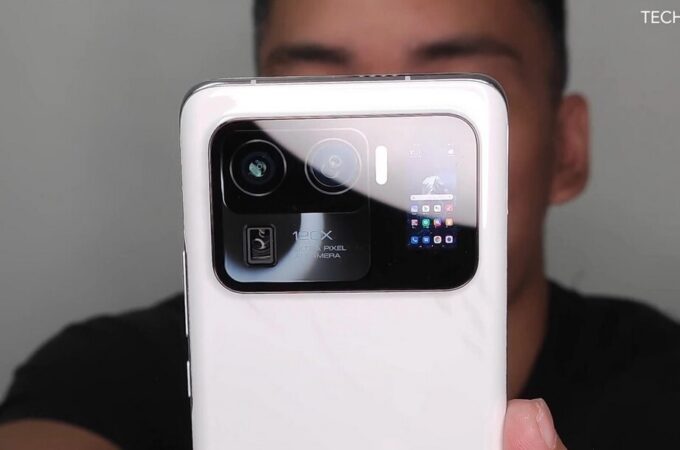 Xiaomi may have stolen the show back in December, revealing the very first Snapdragon 888 CPU phone, but they didn’t exactly pack the device with all their firepower. The real flagship would be a so called Mi 11 Pro, or better said the freshly leaked Xiaomi Mi 11 Ultra. Courtesy of YouTuber Tech Buff PH (channel here) from the Philippines we get to see the newcomer up close.

It shocks us with a new camera design, that even manages to integrate a secondary screen, used to take selfies with the main cam. Oddly enough the camera module feels like a cross between the Nokia 808 Pureview camera and the POCO M3 one. We get to see 3 large lenses: the 50 MP main camera, 48 MP ultrawide and 48 MP periscope units. There’s also a LED flash and a secondary screen, plus the device is shown white or black. Both have periscope units with 120X zoom written on the module.

The technology is probably inspired by what we saw on the Mi 10 Ultra, which in turn offered 120X zoom and 120W fast charging. The camera module is truly huge here, much bigger than the S21 Ultra one and feeling the S21 Ultra camera rotated at 90 degrees. The screen is also huge, at 6.81 inches, but it offers both a 120 Hz refresh rate and a WQHD+ resolution, on a curved OLED panel with Gorilla Glass Victus protection. Inside we find the Snapdragon 888 CPU and the software is based on MIUI 12.5.

The rest of the specs include 5G support, IP68 certification, speakers tuned by Harman/Karon and a large 5000 mAh battery. Oddly enough the speed of the wireless charging has dropped to 67W, but at least that’s also available for wireless charging. Considering all of these goodies, I expect the price to go way past 900 or even 1000 euros.

About Kelvin
Passionate about design, especially smartphones, gadgets and tablets. Blogging on this site since 2008 and discovering prototypes and trends before bigshot companies sometimes
OnePlus 9 PRO Gets Official Looking Renders in All Four Colors, Video Too   Don’t Let Your Mobile Data Give You Away