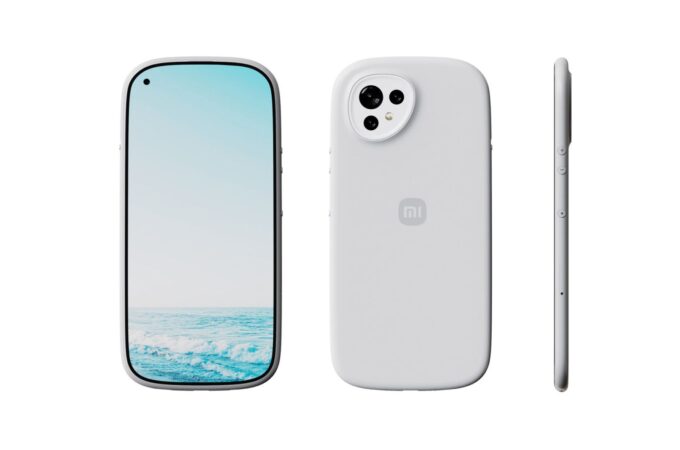 It’s been a while since Xiaomi last innovated in the world of smartphone designs, even though they had the Mi Mix series as an experimental set of phones. Now I feel that their latest releases have been rather generic, but things may change, if only in the imagination of fans and designers.

Designer Yifan Hu published on Behance a brand new smartphone concept, one that seems inspired by a river pebble. Its camera design is unusual to say the least, but the Mi 11 and its yin-yang approach was also atypical. Now we have a guitar pick-looking camera island, which somehow reminds me of HTC. The format of the phone and the way it curves on the front and edges feels a bit like a Nokia Lumia revival somehow.

It also has the modesty and budget allure of an Alcatel device, for some reason. The device is very slim and has very skinny and well disguised buttons, particularly the mute one. We see it in pink, gray, green, baby blue and white. If you visit the designer’s Behance page you’ll also see a black camera island and several camera island designs, including a few that look like omelets.

Somehow this design is growing on me.

About Kelvin
Passionate about design, especially smartphones, gadgets and tablets. Blogging on this site since 2008 and discovering prototypes and trends before bigshot companies sometimes
Huawei Mate 50 Rendered With Arc Display and Under Display Camera   Samsung Galaxy S21 FE Gets 3D Render Unveiled by Evan Blass