After envisioning a bent iPhone that actually works, it’s time for Martin Hajek to imagine a bent iPad. I’d say it takes a lot more effort to bend an iPad and even a bodybuilder would have a hard time with it, but if the device is less than 7 mm thick, it could actually happen. 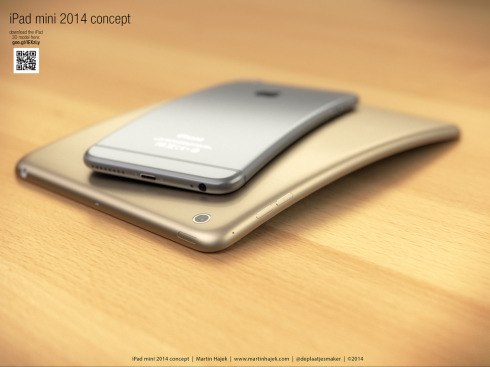 Judging from these shots, there’s zero practicality in this design, that would make the bent iPad wobble on a flat surface. People would also tend to press its curve onto the table and test its strength, weakening it in the long run. Also, unless it’s made of plastic, it would be hard for the curved iPad to bend, while including metal in the mix. Of course, this is merely a render of the 2014 iPad Mini curved edition, so it’s all imagination.

Don’t be surprised if by the year end we’ll see bent iPads, that’s all I can say (expect a Bendgate for iPads!). The next step is probably some smartass bending his ultraslim TV set on his knee or something… If you ask me, LG is the favourite to actually pull of a curved flexible tablet, since their LG G Flex was a viable product, that worked just fine. 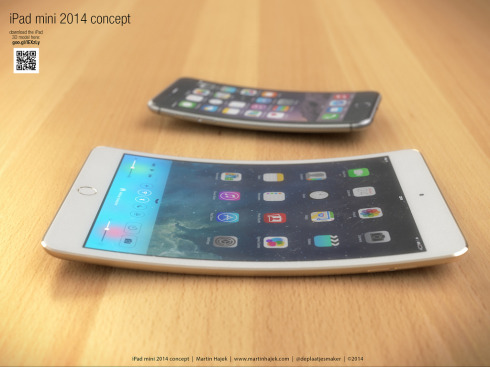 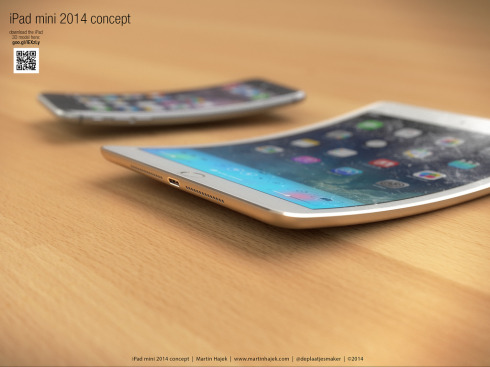 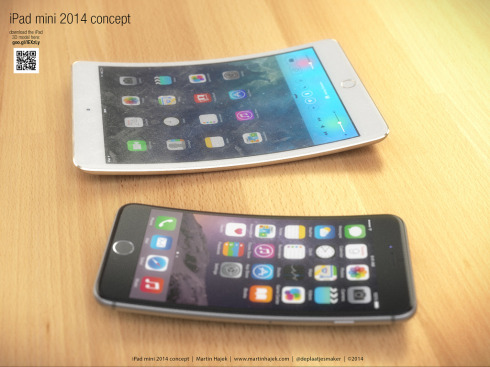 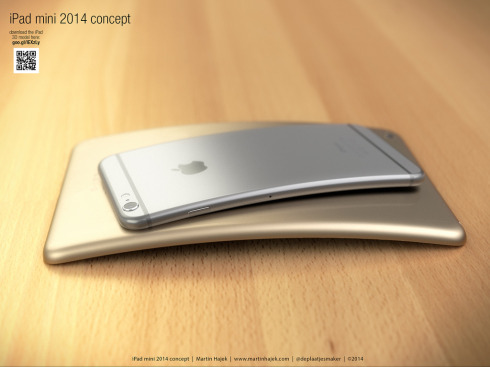 About Kelvin
Passionate about design, especially smartphones, gadgets and tablets. Blogging on this site since 2008 and discovering prototypes and trends before bigshot companies sometimes
Hasan Kaymak Presents: HTC One Bloom and HTC One Max 2 Concepts   Abomination: LG G4 With iOS 8 on Board…