We’re in 2010, folks, the year of the Apple Tablet debut and the iPhone 4G release, so let’s face it: we’ve got to prepare for the next gen iPhone. We don’t yet know if Apple will change the handset’s design, but we wouldn’t mind if it would look something like this:

There’s also a pretty neat roundup of rumours concerning the new device made by Cupertino, all of them comprised in the following image (click to enlarge). Among those, it’s very likely that the iPhone 4G will sport an OLED display, a 5 megapixel camera with LED flash, a front facing video camera and a dual core processor and more RAM.

It’s interesting to note that the launch of the product, supposed to take place between May and July is considered a 99% sure fact. Speculations regarding the next gen iPhone also mention the presence of a touch sensitive case (making the handset resemble the Magic Mouse), 64GB of NAND flash memory, portable DVR functionality and built-in RFID. 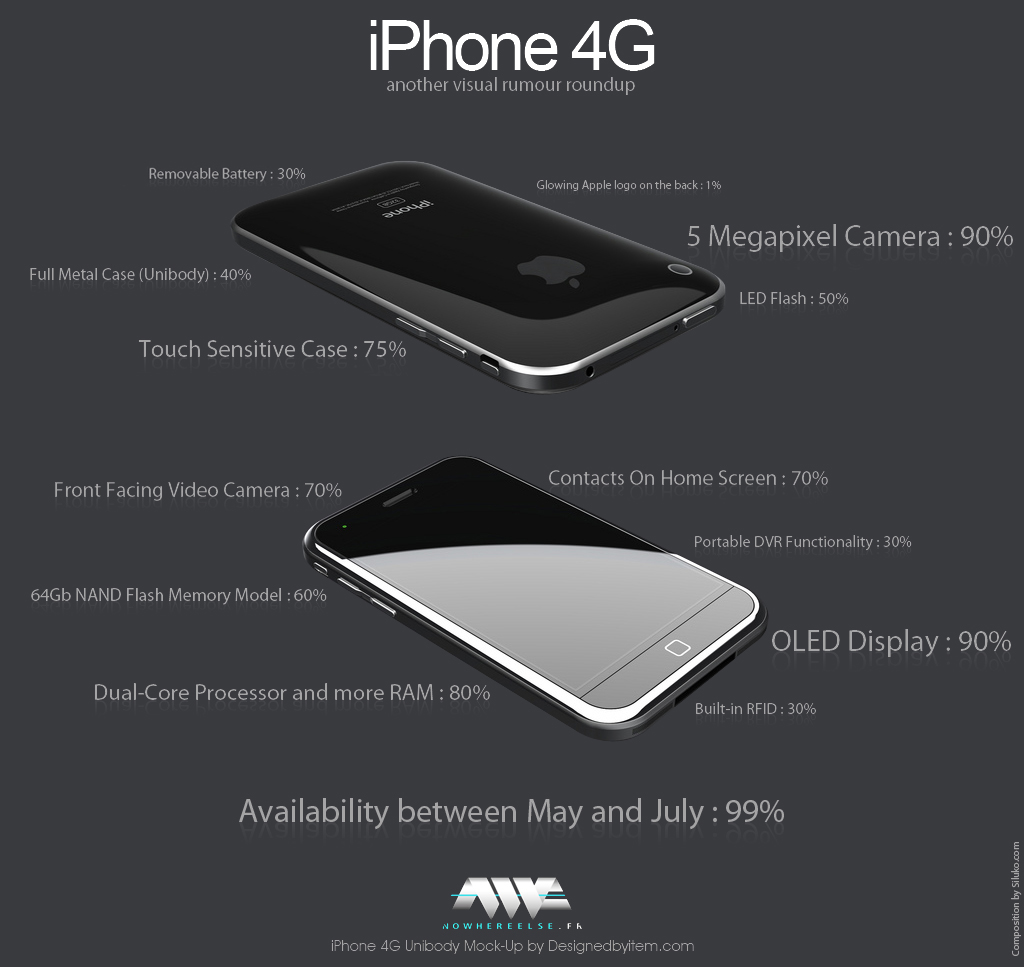