iPlay Gaming Console is Based on the iPhone

After a bunch of iPhone concepts we showed you over the past days, it’s time to get into something new, like a gaming console. Believe it or not, even this gaming console is based on the iPhone design, or at least the one that Deviantart user Maxwwy imagined. 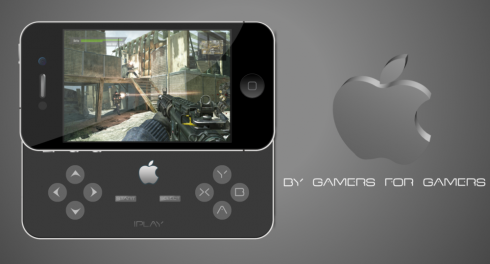 The handset is basically an iPhone with a sliding part that features a directional pad, a bunch of action buttons, Start, Select and the Apple logo thrown in the mix. Seeing how small an iPhone actually and how tiny the screen is, I guess the gaming controls area is a bit cramped. Frankly speaking, instead of this concept, I’d rather imagine an accessory attached to an iPhone.

The graphics of the game shown on the screen are a tad better than what the iPhone can do, even the latest gen. The only bad thing about a gaming phone like that would be the thickness, that would have to be increased a lot from the regular handset. Will such a model ever exist?