Google Nexus Prime Tablet Made by ASUS Created As Concept

Bob Freking is back with a tablet this time, that takes into account recent rumors saying that ASUS and Google will team up on a Nexus Tablet that will come this summer. The device will have a low price and it’ll be the first to run Android 5.0 Jelly Bean. Bob saw that Google got the Nexus One from the Desire series from HTC, the Galaxy S line for the Nexus S and Galaxy Nexus, so he imagined that the Eee Pad Transformer Prime will be used as inspiration this time. 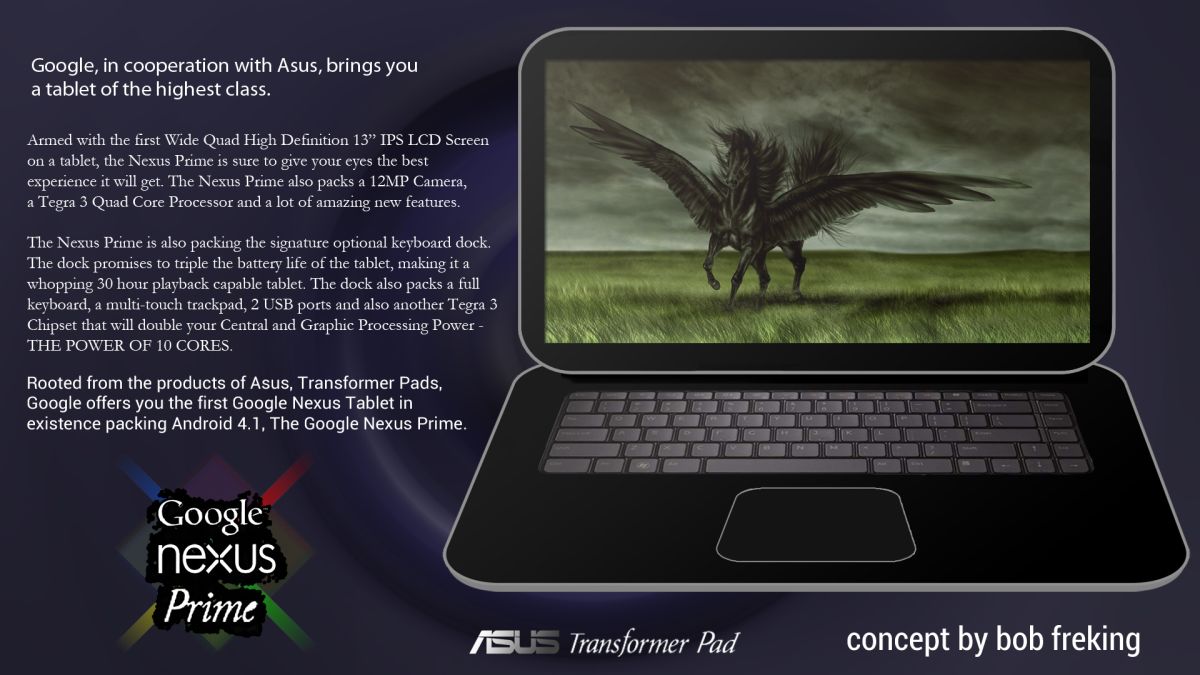 The designer calls his concept tablet the Google Nexus Prime. The device comes with a 12 megapixel camera capable of FQHD capture, a 13 inch display with FQHD resolution (244 ppi), an Nvidia Tegra 3 chipset and a 1080p HD front camera. There’s also a micro HDMI port on board, a microSD card slot, noise cancellation technology and a case that measures a mere 8.3mm in thickness. Of course, since the Prime is an inspiration, there’s a keyboard dock in the mix and the ability to triple boot from Chrome OS, Ubuntu and Android 5.0.

A larger battery has also been embedded into the Google Nexus Prime tablet, tripling the usual battery life. The specs list is rounded up by a full SD card slot and 2 USB ports, in the case of the dock. Bob Freking says that he’s also thinking about a keyboard with a separate Tegra 3 CPU that adds extra punch to the slate’s chip – 8 cores with 2 companion cores. What do you think?