As you know, Nokia promised to include the cool Pureview camera technology on future Windows Phone devices. Well, Tasak already imagined a concept of a device likes this, that he named Nokia Lumia 1000. This handset is pictured below, it runs Windows 8 and features a 41 megapixel PureView camera, just like the one on the Nokia 808 PureView. 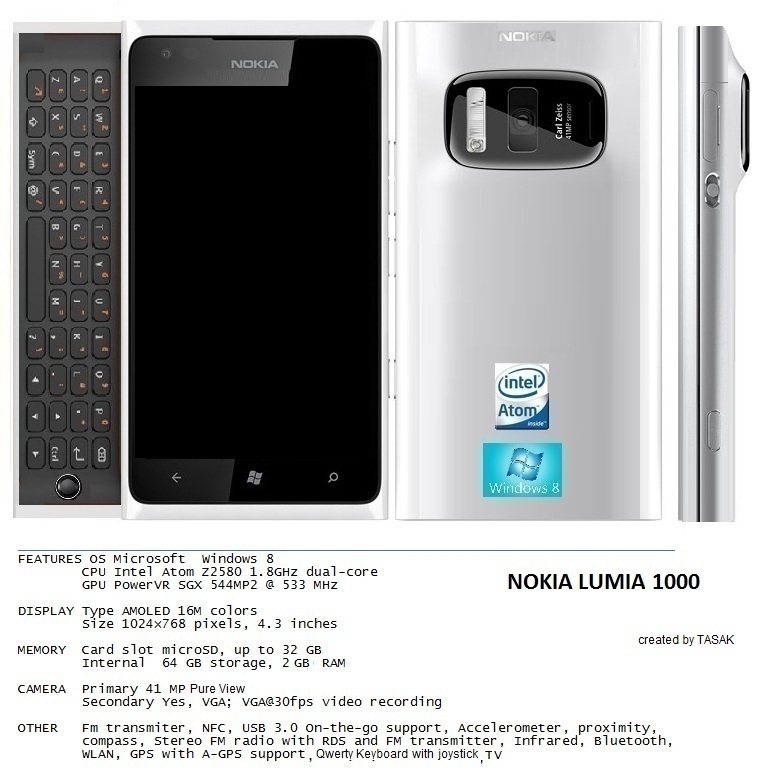 Apparently, there’s also a TV function this 41 megapixel cameraphone. It’s strange to see Windows 8 on this handset instead of Windows Phone Apollo, but from what I’ve heard Win 8 and WP8 won’t be that different… How much would you price this phone if it was real?