BlackBerry Passport Rendered in White, Concept’s Nice but Too Wide

I don’t get why all the media outlets are going crazy over the BlackBerry Passport… It may have a good concept behind its design, it may combine the physical QWERTY with a virtual one, but it’s still a phone that’s too wide for its own good. Designer @Pootermobile tried to render this model to make it look more beautiful: 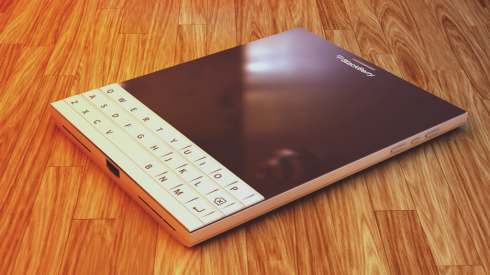 He created a white version of the phone, that’s supposed to be very squared and pack a 5 inch (or a bit less) screen with a 1440 x 1440 pixel resolution. This handset is supposed to offer you QWERTY input and numbers and punctuation will be available via touchscreen. I’ve seen this device handled by real people and their fingers barely reach the middle area of the phone’s back. This means that the smartphone is quite prone to being dropped.

Also, using a phone that you can’t get your hand around may be annoying. The BlackBerry Passport is basically a two hand phone and we were used to BlackBerry users always messing about their QWERTY keypads with one or two hands, but this is a different level of interaction. Still, I have to say that the render is well done. If only the Passport were narrower…

About Kelvin
Passionate about design, especially smartphones, gadgets and tablets. Blogging on this site since 2008 and discovering prototypes and trends before bigshot companies sometimes
Sony Xperia WX is a Windows Phone Model With Office and PlayStation/Xbox Services   This is How You Make a Foldable/Bendable Phone: Hexagon Wavy 2 Concept