How about a tablet that’s as eco-friendly as it gets? Jun-se Kim, Yonggu Do and Eunha Seo created the Ecopad slate, pictured below and no using any external power source, but instead relying on a nano piezoelectricity film that gathers power from each touch or press of the screen. 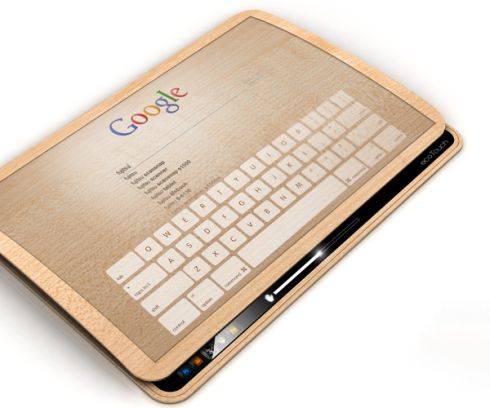 The device features a LCD display and I’m guessing it runs some light OS such as Honeycomb or Chrome OS. After hearing about phones charged by the user’s voice, now this… charging via touch. Also Japan intends to have all its buildings covered in solar panels over the next years. I quite like the direction we’re going with eco-friendly technology and let’s hope it won’t only remain a concept.

This tablet design looks great and if I were to guess its specifics, I’d say it comes with a 10 inch screen, lots of gigabytes of memory and a pretty good camera. 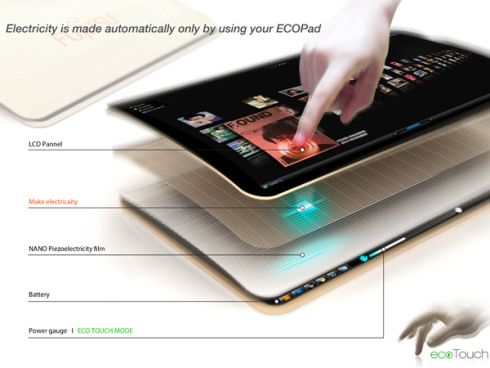 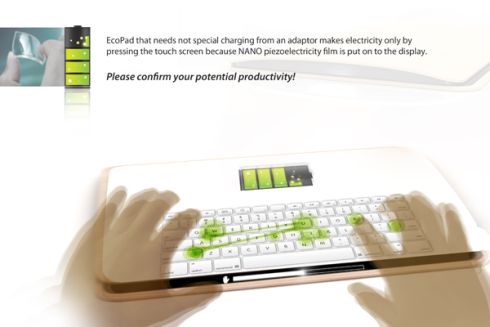