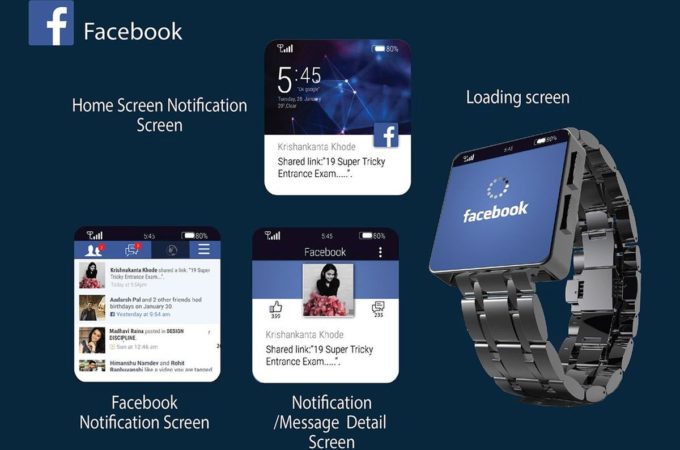 Remember Android Wear? It’s that platform that came before WatchOS and offered Android in a more compact format. But how about reimagining it? That’s what designer Aditya Dhanotiya is trying to do with this concept. 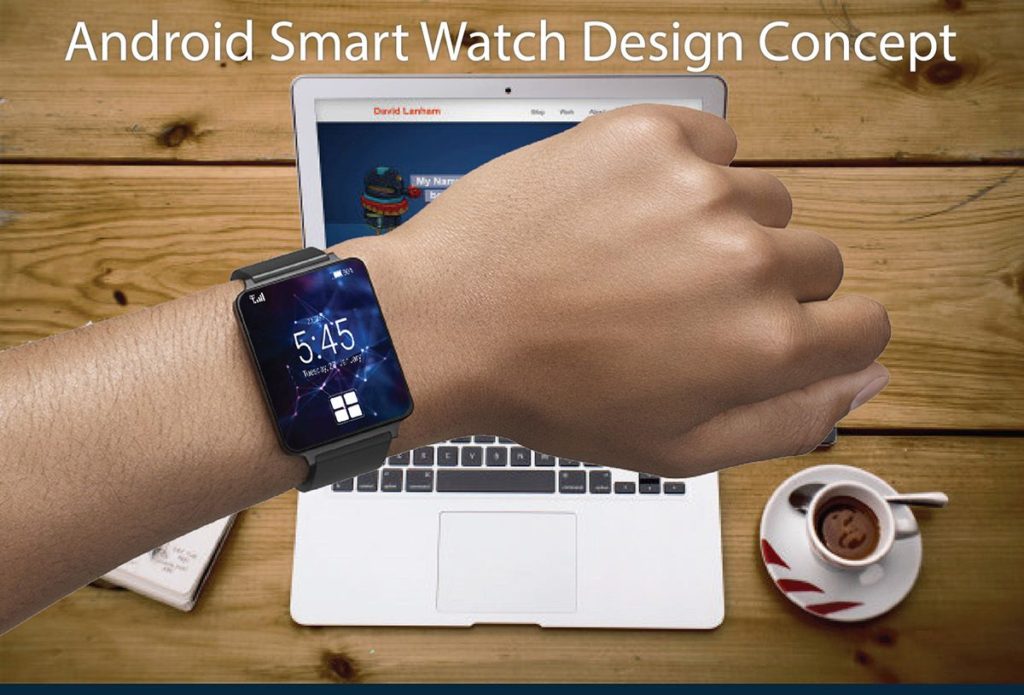 He proposes a new interaction and UI/UX design, as well as a new industrial design. He mentions that the global smartwatch market is going to exceed 110 million units by 2020 and smartwatches are the next phase in the evolution of mobile communication. The designer included a Lock/Home button on his watch and a Back button, while the screen is able to show notifications for current time, missed calls, weather, day, date, SMS, email and social network notifications. 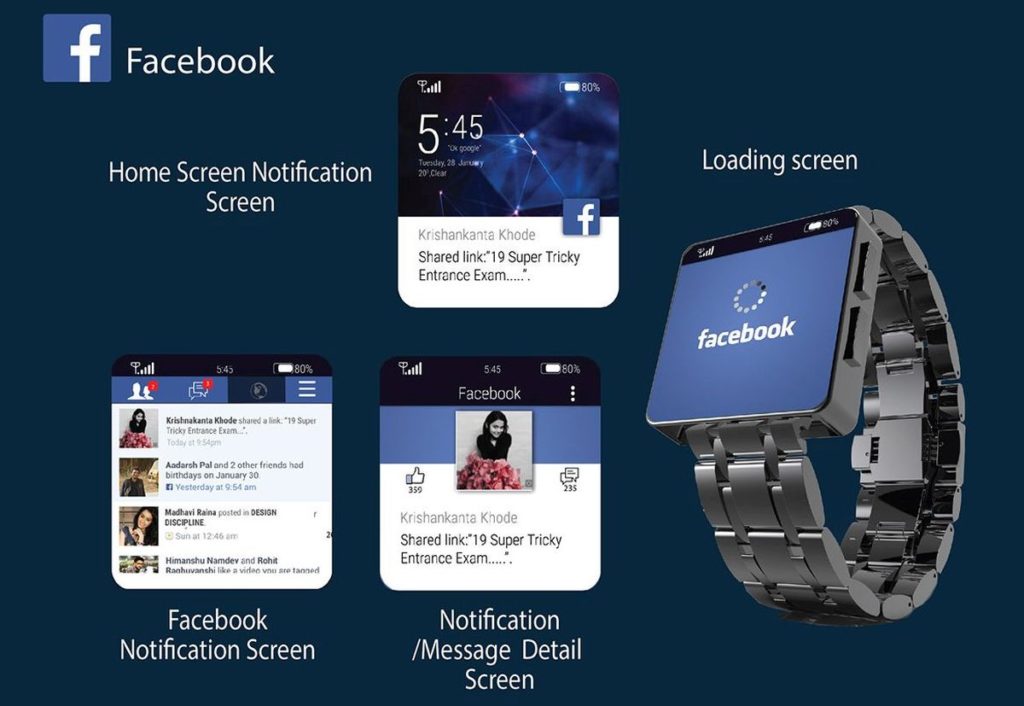 The apps are now shown via a vertical scrollable menu and all the UI elements and menus have a wide approach with white background, that reminds me of the new and improved notifications in Android Nougat. Everything seems to be based on vertical scrolling, from the Facebook statuses to the app list and music app. The page of the concept even includes an application for street navigation.

NFC is also here and while the health features aren’t detailed, I’m sure they’re pretty badass. Slide and touch are the two gestures used to interact with this new UI. As far as the watch goes, it’s a rather elegant affair with a square body and fancy metal bracelet. 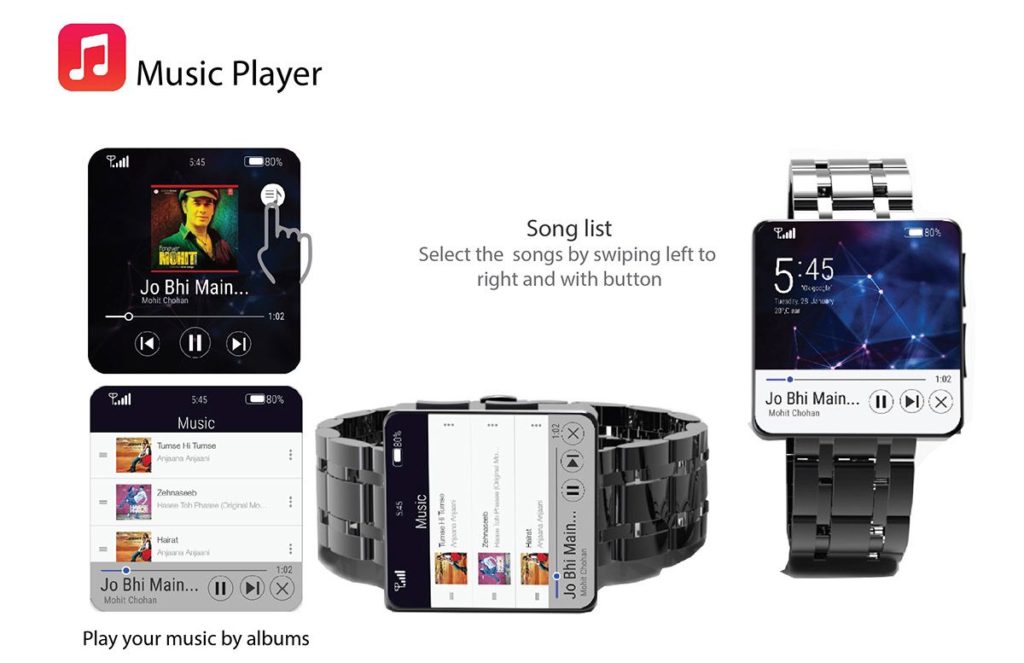 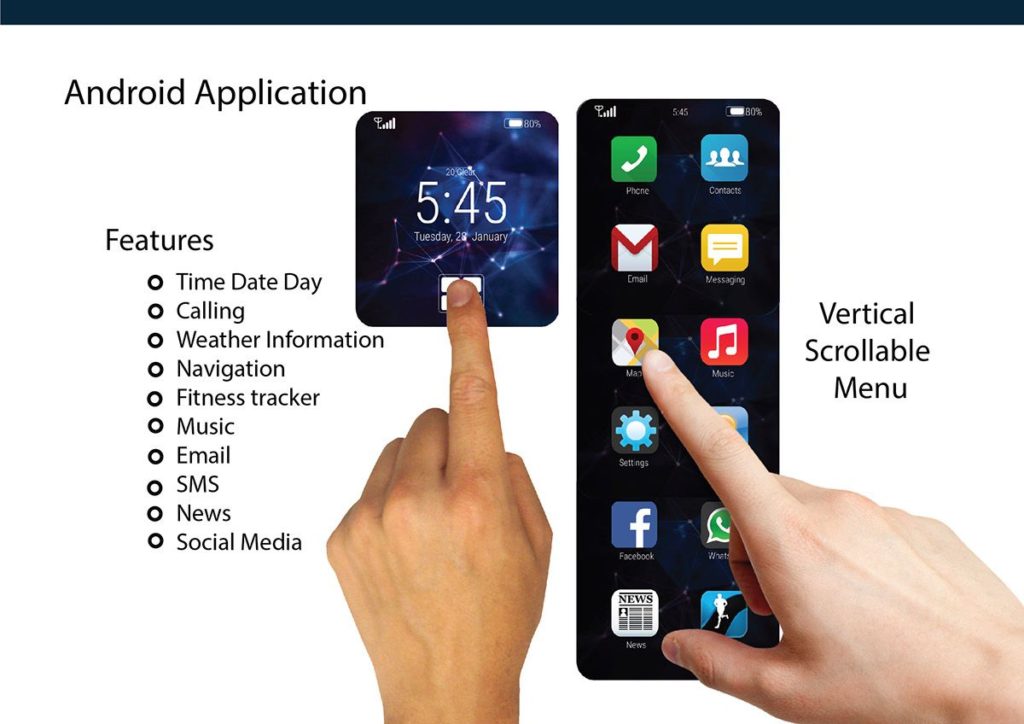 About Kelvin
Passionate about design, especially smartphones, gadgets and tablets. Blogging on this site since 2008 and discovering prototypes and trends before bigshot companies sometimes
Huawei P10 Feels Just Lazy in Latest Leak   Google Pixel 2 is Here, Feels Like Something OnePlus Would Make (Video)