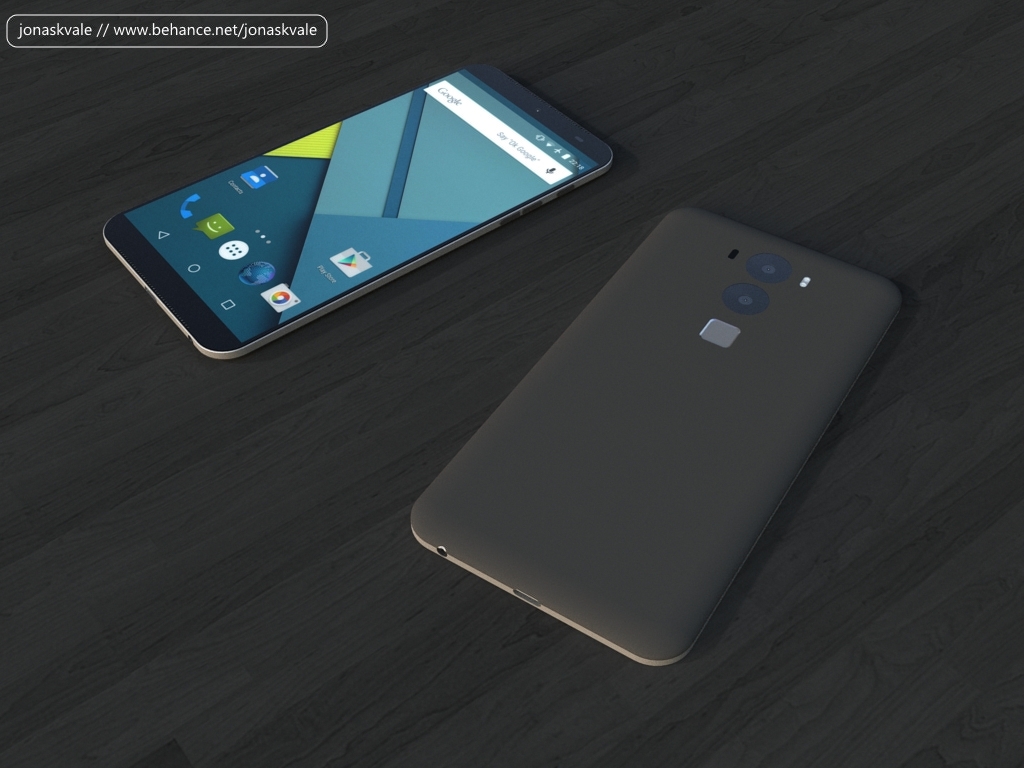 Yes, it’s yet another Jonas Kvale concept and the young designer from USA has imagined this time a real flagship. It looks like a Nexus 2015, feels like one and it’s specced like one, but is it such a device? Let’s see! 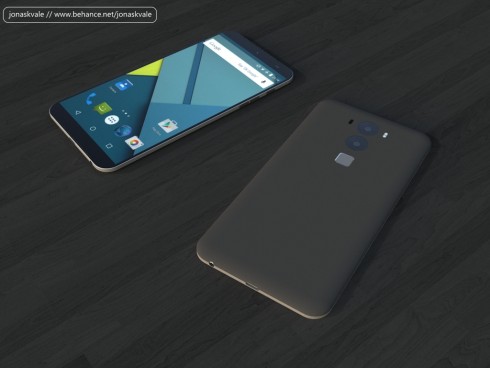 So first things first, it seems to be running Lollipop or maybe Android Marshmallow, it has a fingerprint scanner at the back and dual cameras, too. It may use some Project Tango or Intel Realsense, since it has those cameras and I also spotted an autofocus laser mechanism. Another thing I noticed is that the volume and On/Off buttons are either smaller and more discrete than those of the LG Nexus 2015 and Huawei Nexus, or the device is simply bigger.

The back is a soft touch one and the frame is clearly metal, with narrow screen edges. This “Dream Phone 2015”, as Jonas calls it comes with a Snapdragon 820 processor, 4 GB of RAM, a 3100 mAh battery and USB type C port. Very discrete front speakers have been placed very close to the upper and lower edge of the handset, as you can see. 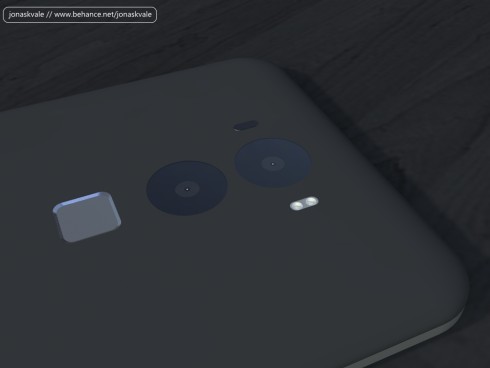 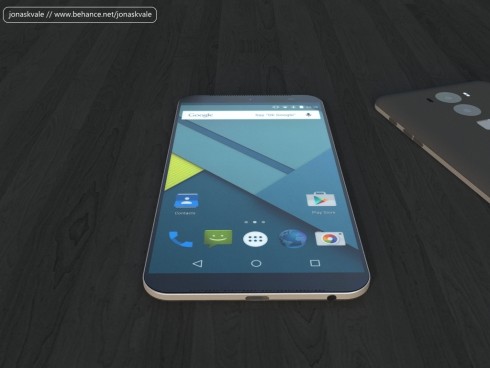 About Kelvin
Passionate about design, especially smartphones, gadgets and tablets. Blogging on this site since 2008 and discovering prototypes and trends before bigshot companies sometimes
Metal Antenna Concept Envisioned for Android Devices   Huawei Nexus Concept Finalized by Jermaine Smit, Also Gets a Detailed Video