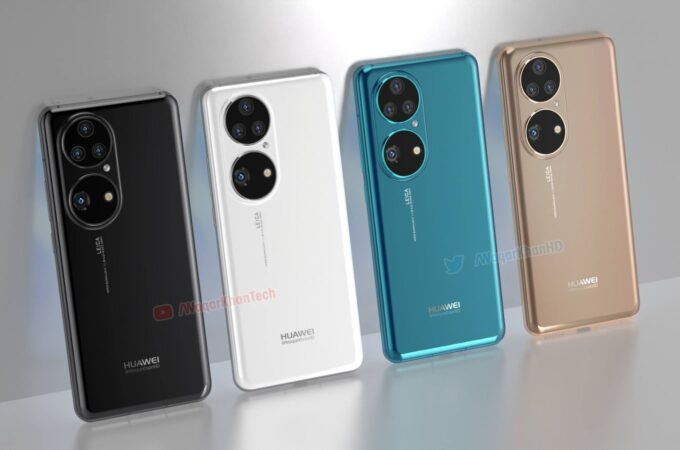 Huawei P50 Pro has basically nothing to surprise us with anymore, after quite a few leaks and renders. Well today we’re graced with a new set of images, courtesy of designer Waqar Khan. He took all the new info we’ve seen on the web lately and turned it into a series of renders.

Turns out that Huawei P50 is coming sometime till September, according to insiders. It could be July or August and the devices in the series are all expected to get a figured 8 shaped back camera. There should be a huge main shooter in the bottom circle and 3 sensors in the top one. Probaby Zoom, Macro and Ultrawide. The bottom one should be the Sony IMX800 1 inch sensor. The renders show the device in colors like green, gold, white and black. I also noticed a weird aspect about these images: there’s both a flash between the cameras and one on the bottom circle.

For those of you hoping for a Snapdragon CPU inside, there’s still a chance! That’s because Huawei has put Snapdragon CPUs on its latest tablets, meaning they’re on to something and Qualcomm may have received the license to supply Huawei with chips. We expect HarmonyOS 2.0 on board and also stereo speakers, unlike the P30 Pro and P40 Pro, who had singular speakers and piezoelectric earpieces. The front camera is now in a punch hole, no longer a dual cam affair with a pill shaped hole.

The video below is the actual star of the show, since it’s very detailed and Waqar Khan did a fine job with it. I notice that the displays are curved on the sides and have narrow bezels. Curved screens are not so trendy anymore…