Huawei P50 Pro Fresh Renders Are In, Based on Older Leaks 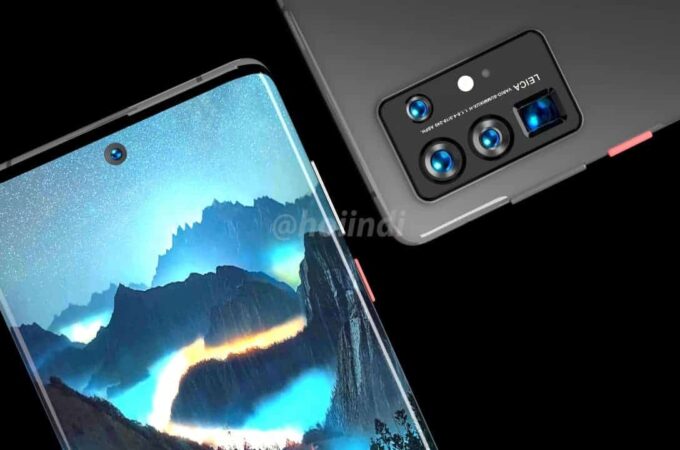 Huawei P50 Pro has leaked about 100 times less than the Galaxy S21 Ultra, that’s for sure. We did have some minor leaks here and there, but we don’t even know for sure what the selling point will be. Sources seem to agree about a singular front cutout for a camera, not a dual one. Today we get to see a brand new set of renders leaked by source @Hoindi.

It’s created based on older information and older leaks and seems to reveal a curved screen, also a longer format than we had on P40 Pro. The camera module at the back is now much smaller, by about 30% or 40% I’d say. It includes a periscope camera, probably a 10X zoom one, plus an ultrawide shooter and a 50 MP sensor as the main one. The extra cam is probably for Macro, Bokeh or some sort of gimmick feature. The camera module also seems to not protrude as much as we saw on the P40 Pro.

Huawei P50 Pro is said to have a 6.6 inch waterfall display, with a centered selfie camera upfront. The device should debut at the end of March, probably with a P50 and P50 Pro+ model to accompany it. Reports claim that the P50 Pro will have dimensions of 159 x 73 mm and also supports fast charge at 66W. Huawei P50 is said to have a smaller diagonal, something like 6.1 or 6.2 inch, while the Pro Plus jumps to 6.8 inches. One upgrade we definitely need is a proper earpiece and dual stereo speakers, not the screen vibration system we saw on P40 Pro and P30 Pro.

Honestly, I’m also curious about the software, since there are rumors about Harmony OS coming instead of Android. Huawei will probably try not to alienate Google, especially under a new US president, which could let Huawei operate again with US software. Honestly this design doesn’t blow me away and feels uninspired. Hope it stays a leak.

About Kelvin
Passionate about design, especially smartphones, gadgets and tablets. Blogging on this site since 2008 and discovering prototypes and trends before bigshot companies sometimes
Samsung Galaxy A32 5G Gets Fresh Renders, With New Camera Design   Samsung Galaxy Z Flip 3 First Images Are Here, With a S21 Camera