Microsoft Surface Note is the Foldable We Totally Need 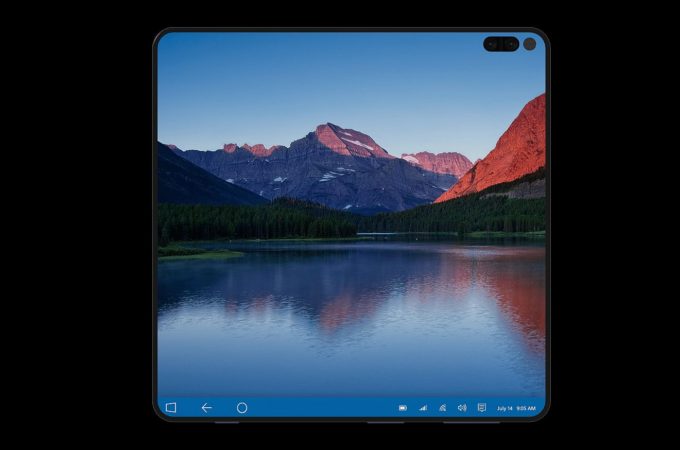 Designer Ryan Smalley created an interesting Microsoft Surface Note back in 2016, an aspirational design, back when the Surface Phone still seemed possible. He showed us a proto foldable, before the term was mainstream and now he’s back, having reshaped the concept. And it’s drop dead gorgeous. 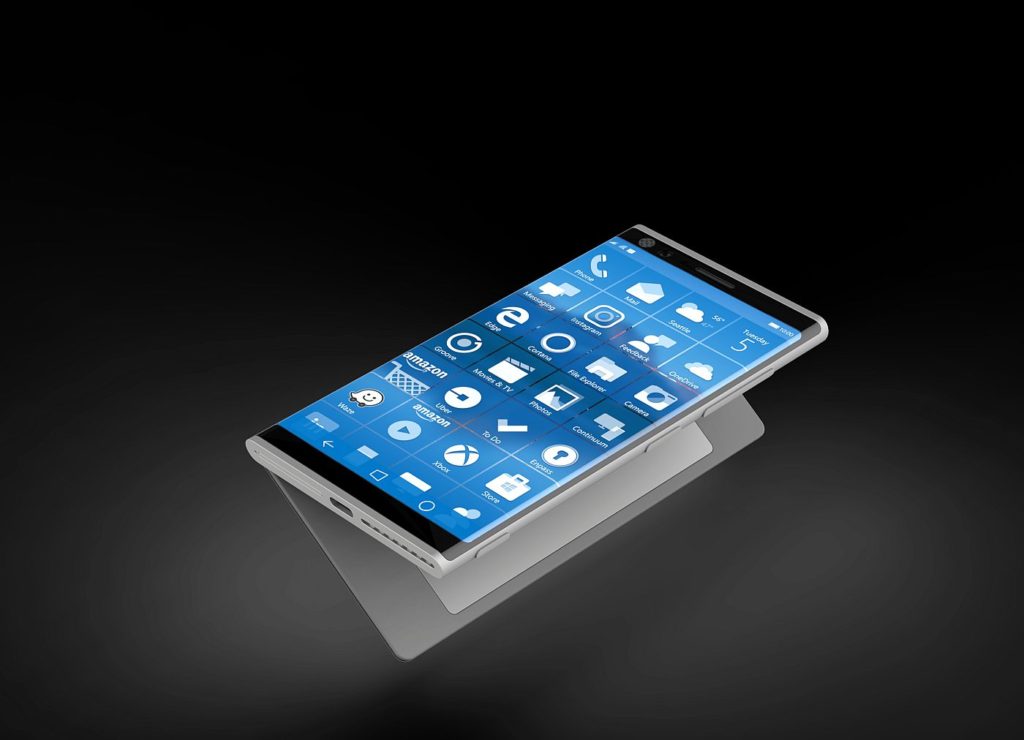 Gone is the kickstand and the Surface Note has been morphed into a foldable, one that rivals the Galaxy Fold. It’s basically a tablet that can be folded in half. I see that we have two screen at the front and two at the back. The new design uses two separate screens and two curved edges in the seam, in order to blend the two screens together. 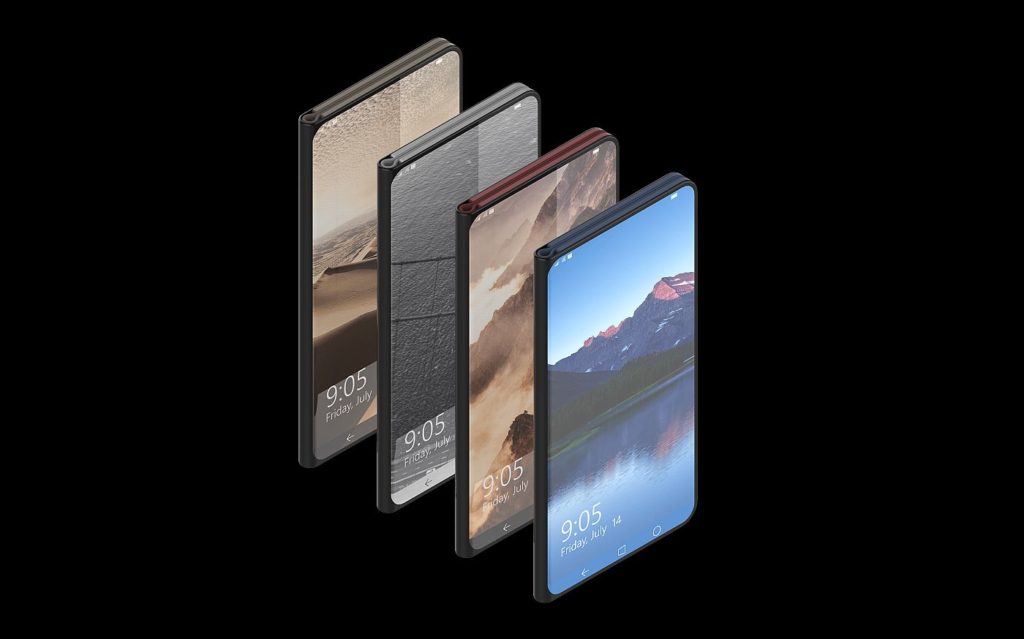 There’s even a special joystick shown here in tandem with the Surface Note, a bit similar to the ROG Kunai from ASUS. The biggest appeal of the device is the fact that it can be folded inward or out, but it always folds flat. There’s no more stylus cavity, so we get a magnetic attachment instead, much like the Galaxy Tab S6. The stylus gets placed on the outer part of the hinge. 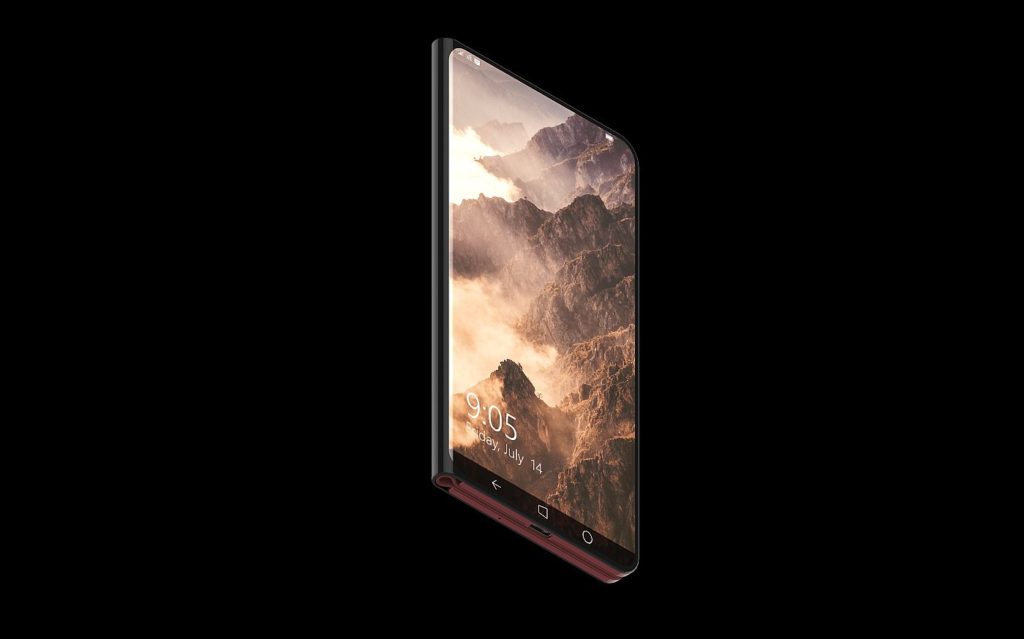 Have a notched display here with dual camera sensors and flash and the cameras are integrated as hole punch here. Alcantara was at some point a part of the project, but in the end it got canned, on account of thickness worries. I feel that if the Galaxy Fold was anything like this, it would have been a big hit. It’s got the narrow bezels, the sexy design, the stylus, the firepower and Windows, albeit in a different form.

I sure hope that Microsoft will reveal something similar today, but odds are small… 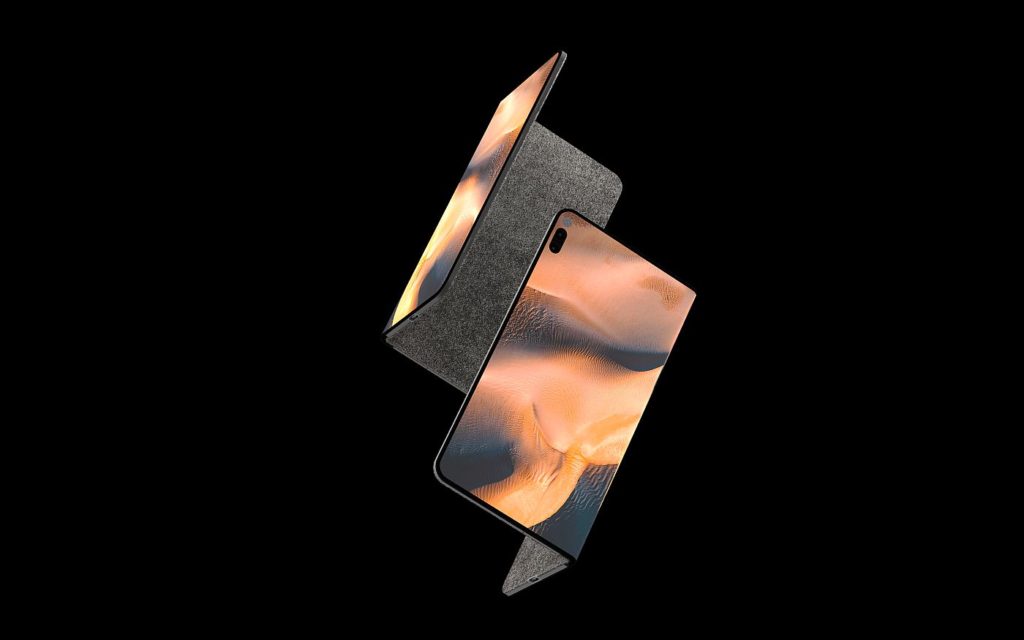 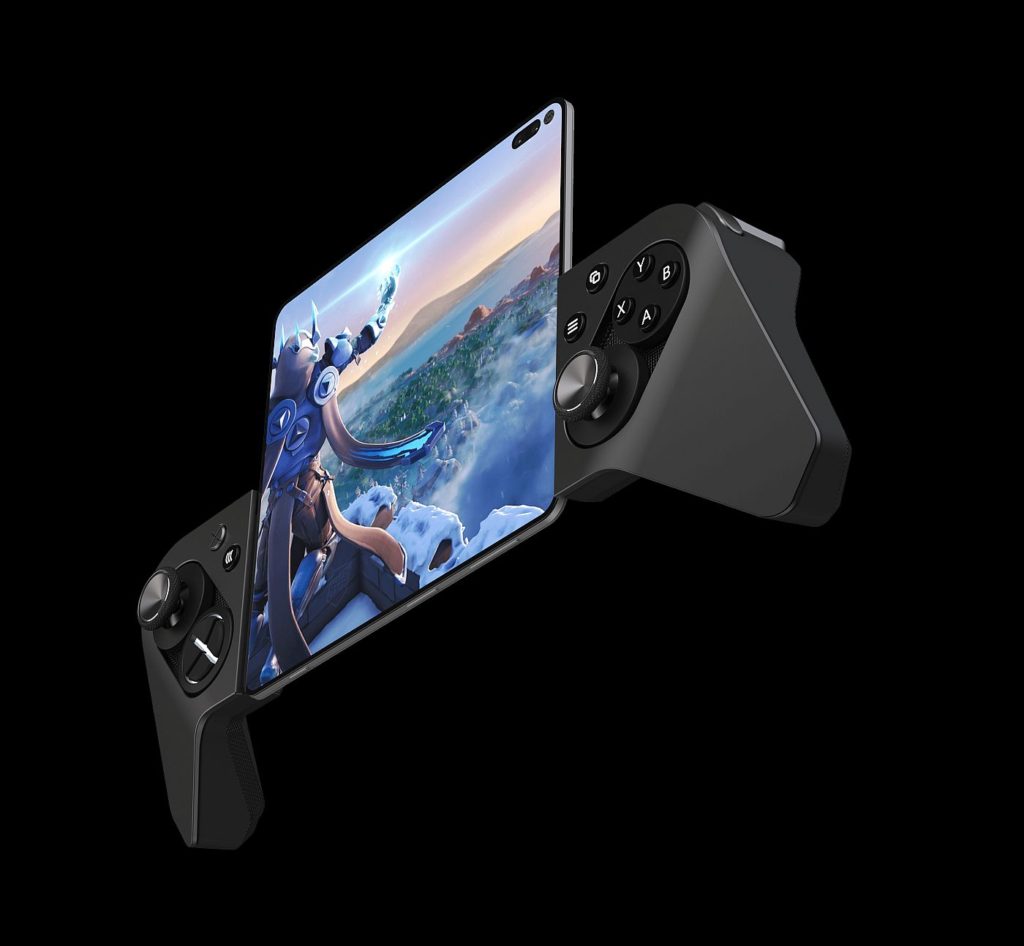 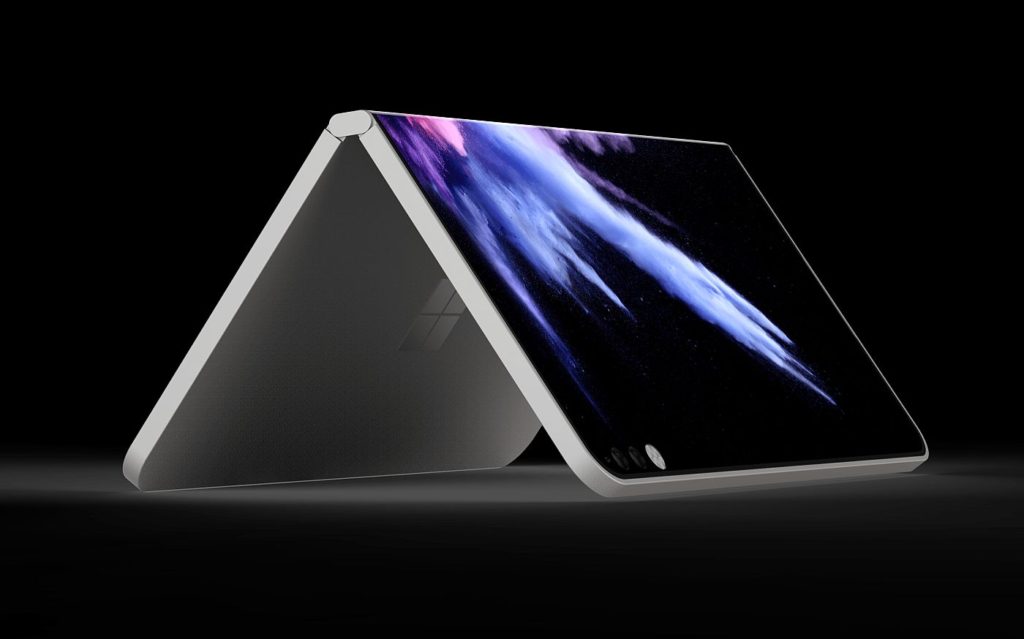 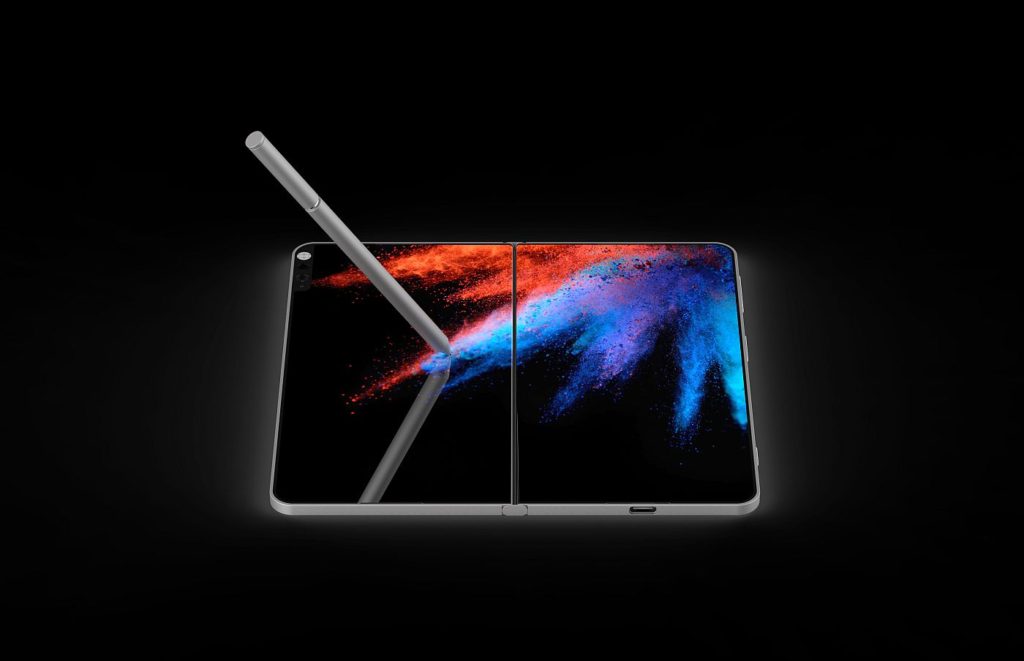 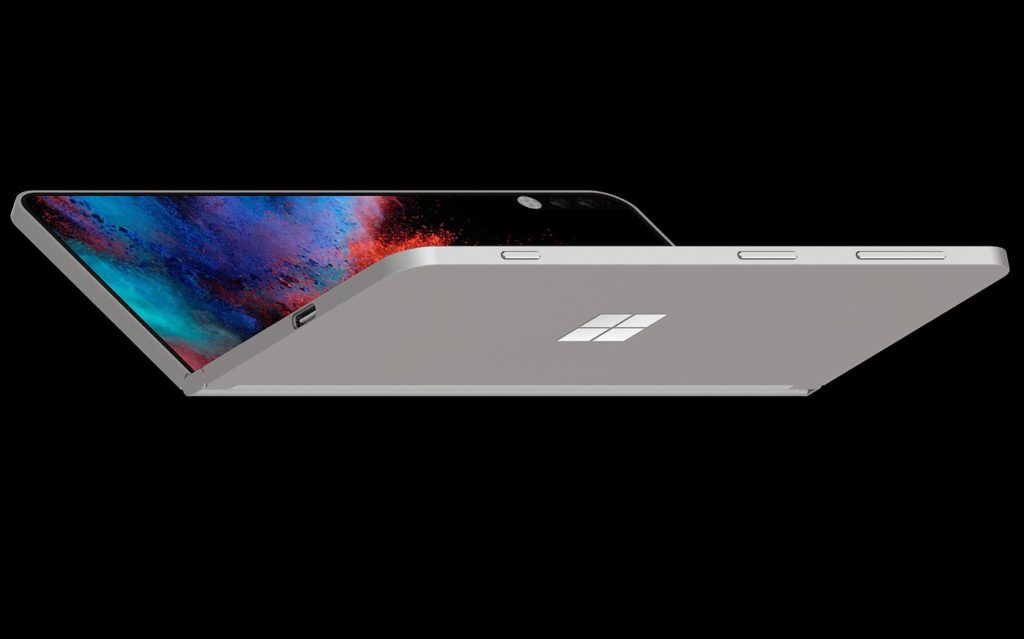