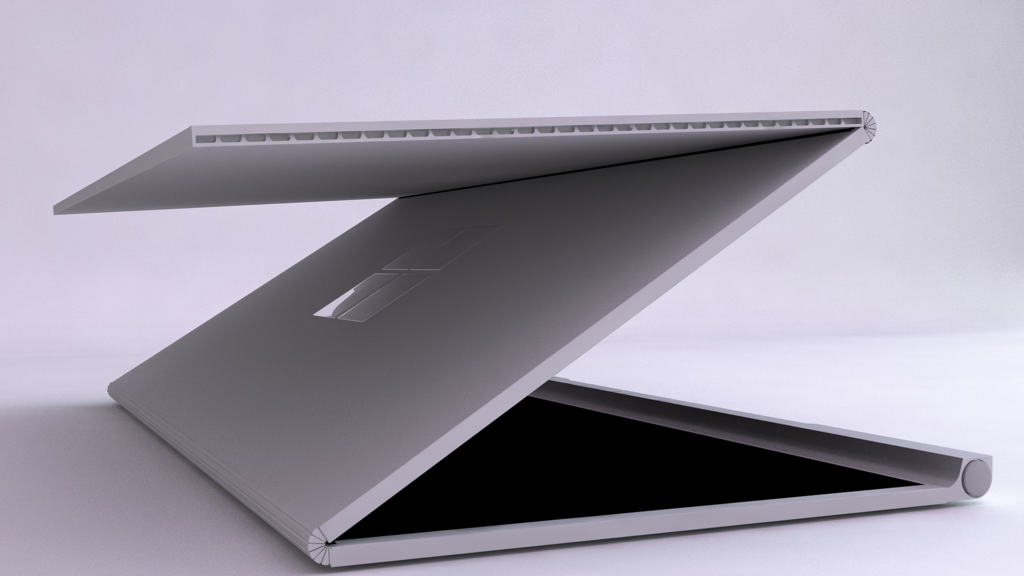 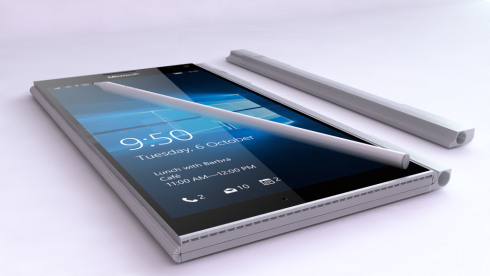 Created by The Verge user Mr. Mulderfox, the handset has a flexible touchscreen, that can roll into a “silo”. A part of the flexscreen is hidden within the body and can be extended in and out. We’ve also got a Smart Pen holder, that can be used as an extra power bank and for a better grip of the phone in tablet mode. 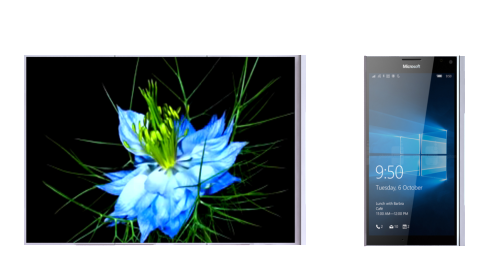 The designer envisioned a “post tension electromagnetic cable”, that strengthens the screen when fully deployed. In normal handset mode, the device measures 145 x 75 mm, while in tablet mode it measures 203 x 140 mm. There’s also an XL version of the phone, measuring 165 x 85 mm in phone mode and having the same size as the iPad Air in tablet mode.

Are we ready to call this the Surface Book Phone? 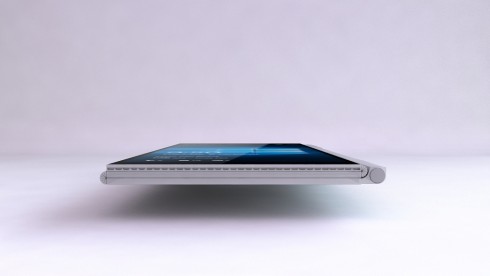 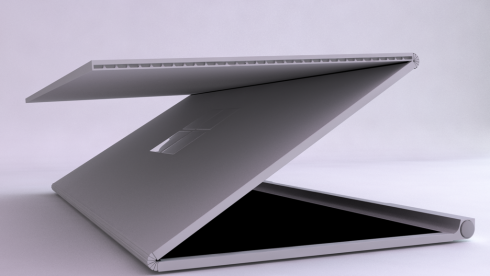 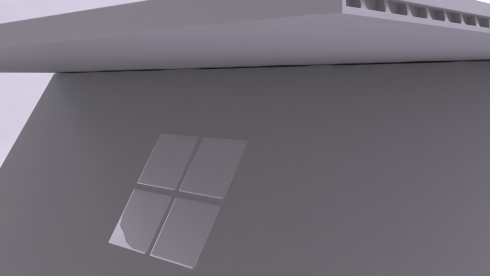 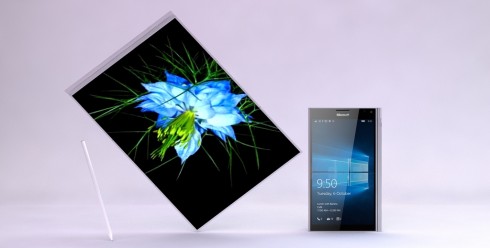 About Kelvin
Passionate about design, especially smartphones, gadgets and tablets. Blogging on this site since 2008 and discovering prototypes and trends before bigshot companies sometimes
iPhone 6k is Finally a Plausible iPhone With Keyboard, Created by CURVED/Labs (Video)   Microsoft Lumia 888 is a Fully Curved Phone, Rendered by Micheal Muleba