Xbox 720 Concept is a Pyramid With Two Kinect “Eyes”

Federico Ciccarese created not only a sci-fi iPhone bracelet, but also an Xbox 720 concept, that you can see below. We’ve been hearing about a new Xbox console for a while now, so it would be high time for Microsoft to deliver, don’t you think? However, I don’t think that will happen till E3 2013 kicks off, at best… Luckily there’s Federico and his design! 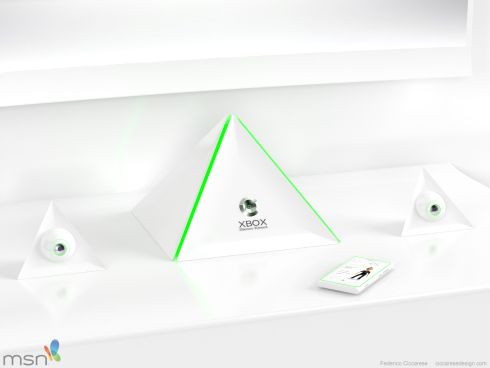 As you can see the main system is an Xbox pyramid with two stereo pyramid Kinect cameras and a Windows Phone 8 smartphone integrated into the system. Everything is wireless and interconnected, with a very clean Metro UI style Xbox Live Dashboard that’s displayed on that TV, that may just be a piece of Microsoft hardware. Since Apple is rumored to make a HDTV, why not have Microsoft make a similar one? The whole theme of white and green is the defining image of the Xbox and it’s also kept here, with a very vivid phosphorescent green.

The handset looks like a Lumia 800/900 and I can see that this product is focused more on Kinect than anything else, since there’s no joystick around. Some people really like to feel the joysticks in their hands, you know? Anyway this futuristic design looks hot, but it’s very advanced for today’s standards. Maybe the Xbox 4 will be something like it… 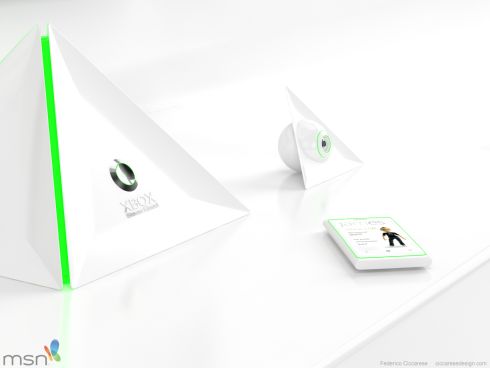 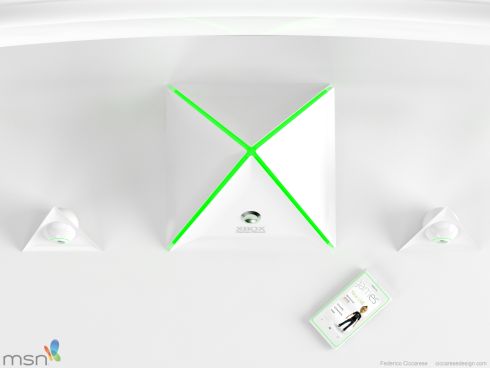 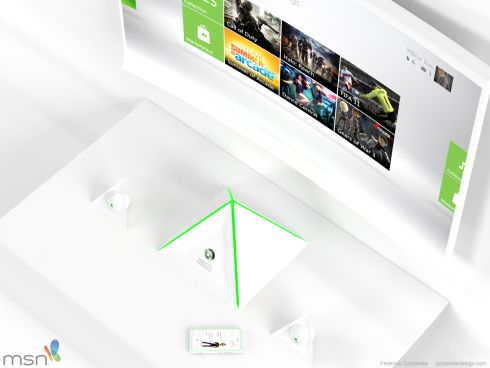 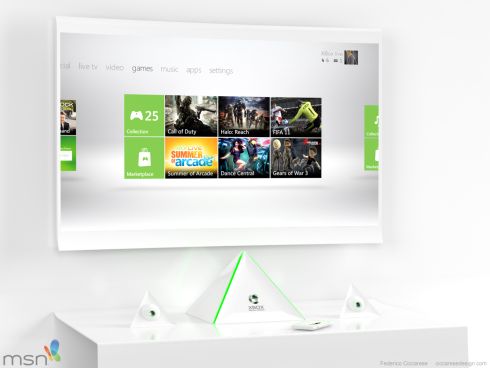 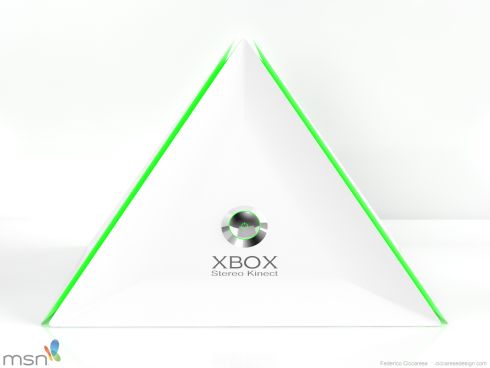