Motorola RAZR Slide Concept Design is Both Old and New 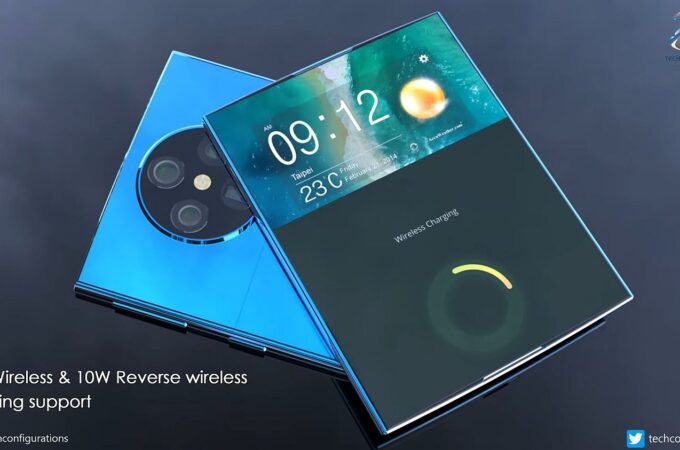 This week Motorola unveiled the RAZR 5G, the second foldable phone in the history of the company. It keeps a format close to the OG model, while increasing the external screen size. There’s also 5G and a Snapdragon 765G CPU. However, people were expecting a bit more, maybe even a format change. Well, luckily we have concept designers for that purpose, like Techconfigurations, who envisioned an alternative sliding model, called Moto RAZR Slide.

Moto RAZR 2019 got a bit of criticism last year, especially since its hinge seemed rather fragile. One would expect that the device format would be changed, but that didn’t happen. In the meantime, the Motorola Razr Slide comes with an unique sliding design, that expands the square format to a much longer and larger device. It even has room to integrate a quad back camera with a periscope sensor and 50x zoom. The selfie camera is integrated under the display, another trend that will be dominating in 2021.

Basically, this feels like an alternative to both clamshell and foldable phones. At its core sits a 3.54 inch OLED screen with 120 Hz refresh rate and a square format, that slides up to reveal a 6.9 inch OLED screen with 120 Hz refresh rate as well. The handset has very narrow bezels and the sliding mechanism is efortless and a push upon one.There are dual front speakers here, somehow hidden in the slits at the top and bottom of the device. The specs are actually flagship-worthy, with a Snapdragon 875, up to 16 GB of RAM and 120W fast charging.

Frankly speaking I can’t say that the closed version of the phone feels like it’s any good, since it’s too tiny. Yes, it’s pocketable, but I feel it may open up and slide up by mistake. Having a small device in the pocket with a protruding camera may feel weird in skinny jeans. Also, the device will be very top heavy when opened up. I can’t say I’m a big fan of this design, which feels more like it’s trying to bring back the Xiaomi Mi Mix 3 trend, rather than invent something else.

I would love to hear more about the materials used here and the mechanism behind the sliding part.

About Kelvin
Passionate about design, especially smartphones, gadgets and tablets. Blogging on this site since 2008 and discovering prototypes and trends before bigshot companies sometimes
We Need the BlackBerry Flow Slider Phone to Happen   Samsung Galaxy Transparent Phone Appears in Patents, Then Renders